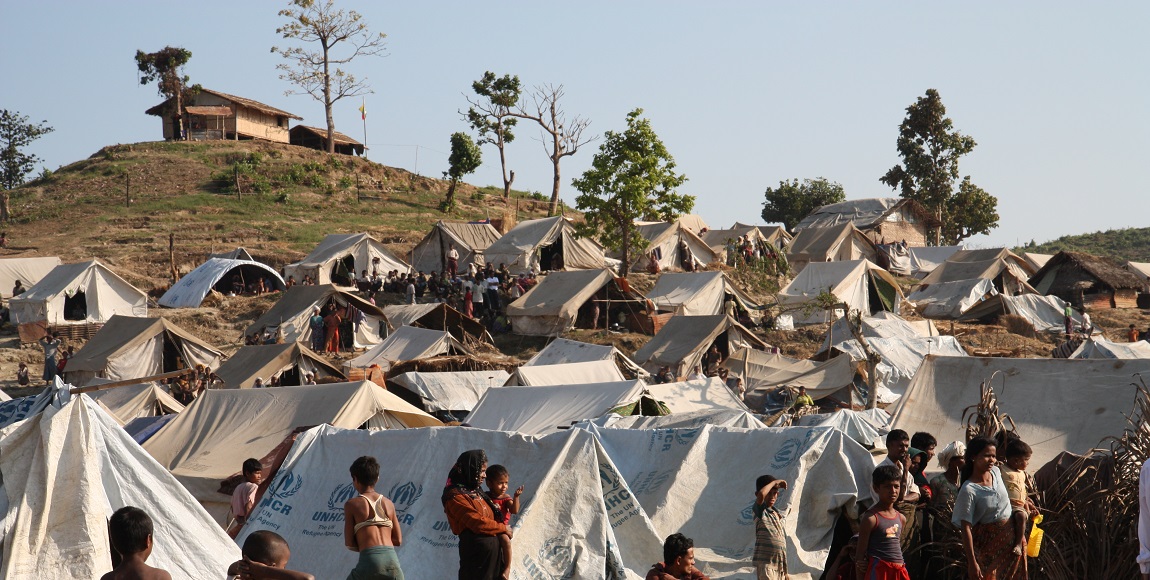 Over three hundred thousandÂ Rohingya have been displaced since August 25, and there have been reports of indiscriminate killing and the burning of their villages. The United Nations (UN) has strongly condemned the violence,Â but the South African response has been lukewarm, writes Fatima Moosa.

The Rohingya are a group which has for centuries lived in what is now the Rakhine state, Myanmar, along the border of Bangladesh. Many of the Rohingya, who are mostly Muslim, live in refugee camps along the Myanmar-Bangladesh border, but neither country will give them citizenship rights. Myanmar regards them as illegal immigrants from Bangladesh, and Bangladesh sees them as a social and economic burden which it does not want.

The Rohingya have faced attack from the mostly Buddhist population of Myanmar as well as from state forces. Their rights to freedom of movement, marriage, education and healthcare have been restricted, and there are also restrictions on foreign aid to the area. In fact, the Rohingya have been described as the most persecuted people in the world.

United Nations (UN) Secretary-General, Antonio Guterres has called on the Myanmar government to allow humanitarian aid into Rakhine State. Guterres has also said Myanmar should grant the Rohingya either citizen rights or legal status so they can live normal lives. Guterres has called the increasingly violent situation a â€˜dramatic tragedyâ€™. When asked whether the situation could be called ethnic cleansing, Guterres said, “When one-third of the Rohingya population had to flee the country, could you find a better word to describe it?”

Yet a statement from the Department of International Relations and Cooperation (Dirco) government statement released this week – three full weeks after the start of the violence – stopped short of outright condemnation of the violence being meted out by Myanmarâ€™s military.

Instead, Dirco expressed â€œdeep concernâ€ for the plight of the Rohingya and asked the government of Myanmar to â€œaddress the situation of the displaced citizensâ€. It urged â€œall partiesâ€ stop the violence (despite reports showing the Rohingya have been at the receiving end of far worse violence).

Government has long been aware of the situation in Rakhine state. South African Muslim civil society organisations have been lobbying for Dirco to intervene since at least February. DIRCO promised to raise the matters with their counterparts in the diplomatic corps. Yet in June, South AfricaÂ signed a bilateral agreement with Myanmar to increase trade between the two countries and there was no talk about raising the issue of the Rohingya Muslims with that government.

A country with South Africaâ€™s history of apartheid, oppression and human rights violations, should be taking a stronger stance against these violations. But itâ€™s failure to lead on the Rohingya is unsurprising. At the UN, South Africa has previously turned a blind eye to human rights abuses in Myanmar (then Burma) as well as in Zimbabwe and North Korea. Itâ€™s also failed to condemn terrorist acts committed in Syria.

Public figures on the other hand have not been shy about condemning Myanmarâ€™s role in the genocide of the Rohingya. Archbishop Desmond Tutu has written an open letter condemning the silence of Nobel Prize winner and Myanmarâ€™s defacto leader Aung San Suu Kyi and demanded she do more to protect them. Â Suu Kyi and her government have refused to recognise the Rohingya as an ethnic group and have blamed the violence in Rakhine on â€œterroristsâ€.

Former United Nations High Commissioner for Human Rights, Judge Navanethem Pillay has also condemned the violence. Pillay said she was shocked Suu Kyi hasnâ€™t done more to support the Rohingya, when the world had supported during her 15 years under house arrest.

Meanwhile, civil society and human rights groups around the country have ramped up their demands for greater protections for the Rohingya. This week saw marches in both Cape Town and Pretoria. While the Rohingya have support on the ground, it remains to be seen whether the South African government will take a stronger stance on this undeniable humanitarian crisis.