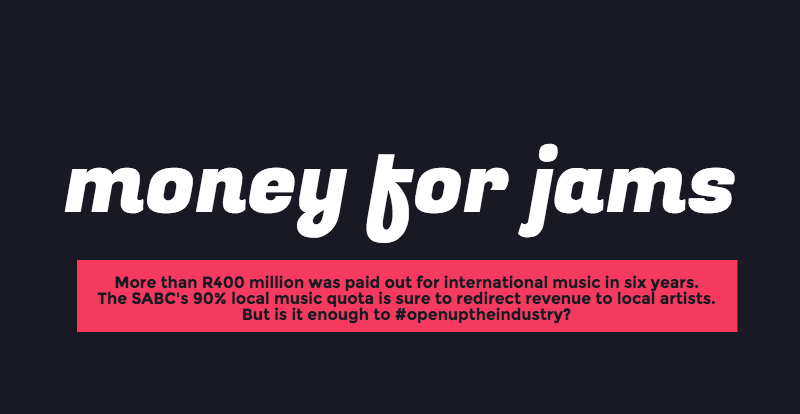 Veteran musician, Don Laka, who has spearheaded the campaign for more airtime for local musicians has previously alleged that the glut of international music on South African radioÂ hasÂ resulted in the loss of 15 000 direct jobs in the music industry. He also pointed out that the hundreds of millions of rands thatÂ leave the countryÂ every year in royalty paymentsÂ to foreign artists, could instead have been used to support local acts.