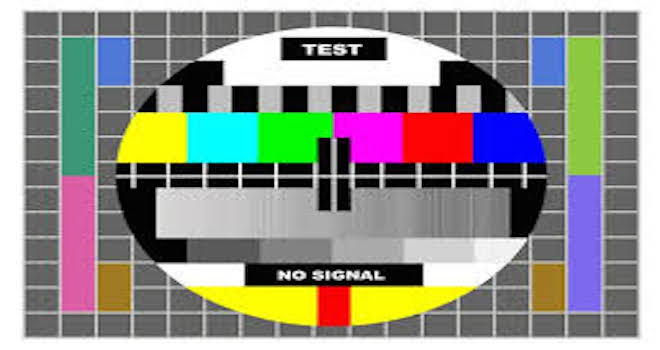 Mr Hlaudi Motsoeneng, Sir, the nation requests a heart-to-heart. Please open the airwaves and listen to us. It’s not just some 10 random okes that think the decision to banÂ scenes of violent protests is potentially catastrophic for the role of the SABC as a national broadcaster, and, well, democracy in general. Kwanele Mshengu, 28, construction worker, Mgababa
[dropcap]”[/dropcap]Â I do think that people sometimes take things to extreme levels when they see those big cameras from SABC or eTV, however that cannot be 100% true because I have seen protests get violent and lead to destruction of property deep in the rural areas with no cameras on the scene. The SABC will lose viewers on this decision; as much they have a point, their obligation is to report to the public news as it is and they need to carry out that obligation otherwise they will not be taken seriously because they dilute news.“

When Sakina Kamwendo asked her boss this week, on air, whether his explanation of the new approach to protests (ðŸš« violent stuff), as inherent to the role of a public broadcaster, means the SABC has been in contradiction of its own policies all these years, this is how the SABC COO responded:

[dropcap]”[/dropcap]Sakina, you must know as an employee of the SABC as you talk there, you should know. What I mean in this case is read the editorial policy. You as SABC people need to know what the editorial policy is saying. Â It is important for you as journalists of the SABC to represent the public and Â to represent the SABC. Dennis Bloem is talking about us removing “Editors Forum”.

We are changing all the programs within the SABC. Why is there a concern about “Editors forum” and even print media editors coming to the SABC? We don’t go to print media we don’t dictate to them on how should they cover stories.

Actually if we talk about fairness, let me define fairness.

Fairness is you cover negativity stories and positive stories in any editorial newsroom is South Africa when journalist sit down and discuss stories. They just discuss negativity even at the SABC, I said that can’t happen and I am not apologetic about those issues. Because if you are saying fair and balanced stories which means you have to reflect on the positive stories, you need to reflect on the bad stories..“

Hlaudi is at the brink of telling @SakinaKamwendo what questions she should ask her. Hlaudi is an embarrassment to the media in general

Speaking recently Â at theÂ Â National Press Club, Motsoeneng insistedÂ opposition to the recent editorial changes at the SABC came from a small minority of South Africans. “Actually the people complaining are a minority and the people raising concerns are not more than 10,” he said.Â We spoke toÂ two people in Durban who are in full support of Motsoeneng’s adjustmentsÂ to the broadcaster’s editorial policies.Â Moyakazi Jali, 23, Student, Umlazi
[dropcap]”[/dropcap]I think people believe that violent protests are the only way they can get their point across. It’s a sad reality but we are yet to see more violent protests in this country. When people see a camera, surely they will want to show their anger to the whole country by destroying property on national television. People like the spotlight, so when they see cameras they seize that opportunity. The SABC did the right thing. We should not let other countries [dictate] how people in South Africa deal with problems, because that will only make things worse for our already weak economy. They should be given no attention when they start burning public property. They will lose viewers because people love action; if another news channel is showing a raw footage of a violent protest people will change to it.“ Conrad Mabuza, 25, artist, Shongweni
[dropcap]“[/dropcap]Seeing other people destroy property during protesting inspires others to start their own protests and be violent. I remember when they were protesting for better toilets in Cape Town it was a peaceful protest until they saw the cameras they started kicking [and] pelting the toilets with stones. A guy saw that a camera was on him and he started angrily kicking the toilet. The toilets were made out of zinc so as the guy was kicking his leg got stuck between the zincs of the toilet and he wasn’t smart anymore – he was begging for help. I think the SABC took the right decision on this one and we all know its because of what happened in Limpopo -Â more than 20 public schools burnt down just because people were getting moreÂ attention.“

When Sakina pressed Motsoeneng on who exactly he has consulted with – as he claims the SABC consulted the public ahead of this decision, he particularly mentioned KZN-ites as being 100% on board with his decision.Â

[dropcap]”[/dropcap] Now look I was in other radio stations including SABC radio stations, I mean we have been engaging our people for many, many years. Even now still engaging our people, when it is SAfm it doesn’t mean other radio stations have the same views. I mean the people in Kwazulu Natal all the people are very excited about what we said. All the bishops, the churches they are very happy because they know the responsibility of the SABC as a public broadcaster and here we are not talking about politics. People should not compare a democratic society and apartheid those are two different Â animals.“

Here are two people, from KZN, who think this decision from the SABC is a form of censorship.Â Siphiwe Ndlovu, 25, unemployed, Tongaat
[dropcap]”[/dropcap] I think the SABC is doing censorship where they only televise what they want people to see and that is bad journalism. The only way to end violent protests is good service delivery. They will definitely lose viewers because there will be more talking on the news and [less] footage and people want to see moving images as proof, so I think they should revisit their decision.“ Noncedo Mbhele, 26, student, Pinetown
[dropcap]”[/dropcap] I watch news a lot on TV and I always see protests and I never thought I should do the same. If the service delivery is good, people would not be doing this. What happened to freedom of speech? I thought a public broadcaster was supposed to be the voice of the people, but they are the ones trying to stop people from being heard. They will lose viewers and the other stations and channels will benefit in terms of listeners. It’s a good thing we have other channels who will cover those violent protests. To cover violent protests is good because things can go bad and need footage to see what happened; just like in Marikana we were told the miners were being violent but thanks to the footage we got to see it wasn’t entirely true. So SABC will be responsible for the death of the people due to police negligence.“

Nice to see SABC crow about 40th anniversary of 1976 student uprising which it wouldn’t have shown footage of based on its new policy.

Violence is a fact of life forÂ many, many South Africa. Glossing it over in news packages is not going to make it go away. And might, we add,Â Â as SAfm callerÂ Xolani from Klerksdorp, pointed out, if the SABC is going to be serious about stamping out violence from its media properties, then what about movies and series with violent scenes?Â

[dropcap]”[/dropcap]Mr Hlaudi must be declared a national key point, we must not hear his voice and we must not even see him on television. This guy must be declared as the worst wonders of this world. Look journalists work very hard to get stories and people do not call them and tell they are going to burn buildings. I heard that Uzalo, a show on SABC people shooting each other is the violence right for SABC? There is social media and we do not just depend on SABC we will still see the buildings burning.“

For all those “10 people” who want to have their voices against censorship at the public broadcaster heard, sign the petition here.