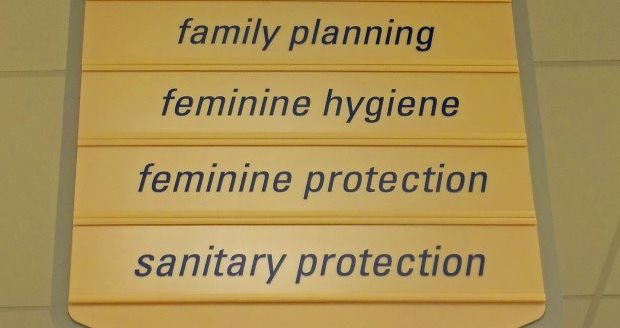 If you happen to own a uterus or have ever been shopping for someone who does, then youâ€™ve no doubt noticed how ridiculously expensive pads and tampons actually are. These are crucial products that many people depend on at least once a month but, thanks to what is known as the tampon tax,Â are priced through the roof.

In South Africa, it is estimatedÂ  that around 7 million girls miss school each month because of menstruation.

Writing Â in 2011, Jen Thorpe calculated to cost of menstuation in South Africa like this: “In her lifetime, the average woman uses 11Â 000 tampons, or 22 sanitary products (pads or tampons per period). In South Africa with the average tampon costing about R1.50 each (yes, that means R33 a period, or R16Â 500 in her lifetime) and a pack of 10 sanitary pads costing R18 (which translates to about R36 a period, or R19Â 800 in her lifetime). This means that having a period is an expense that many cannot afford. Most South Africans still live below the poverty line, which means that they must use alternative means of stemming the flow. These include using towelling or material which is rewashed. However, in some cases this too is unaffordable.”

We’ll leave it to the economists among to you to work out how much this works out with inflation based increases in 2016, but what is clear, is that sanitary pads and tampons are unaffordable for many, many women in South Africa.

And it’s not like government itself is unaware of the problem.

Last year, in a rousing speech deputy minister in the presidency Buti Manamela told the story of a 12-year-old girl.

“When 12-year-old Nomazizi first begins her periods, it takes her a day to work up the courage to tell her grandmother. ‘You are now a woman,’ her grandmother tells her, and explains that her period will happen every month.

Sometimes cultural stereotypes and failure of life skills education means other girls her age will never get the same support.

But in rural South Africa, where Nomazizi and her siblings live, the family has little money. The girl wonders how she will manage her menstruation. She hardly owns any underwear. Some shops in town sell disposable sanitary pads, but theyâ€™re too expensive for her family. Her brother, the only family member who earns any money, brings home too little to pay for the expense.

Women improvise with whatever they have, Nomaziziâ€™s grandmother tells her – rags, old towels, leaves, grass and even school notebook paper. This has unfortunately also affected womenâ€™s ability to reproduce over time due to decisions they make at this point in life.

At school, Nomazizi canâ€™t imagine asking her teacher, a man, to be excused to use the toilet several times a day. She soon notices that the older girls miss school four or five days a month and sometimes stop attending altogether. Limited options for menstrual hygiene make it difficult for these students – like female students worldwide – to participate in school during their periods, despite the proven benefits an education can have for the health and development of girls, their families, and society.

Let’s not also forget that President Zuma himself as far back as 2011, promised in a State of the Nation address to provide sanitary towels to poor women. “Given our emphasis on womenâ€™s health, we will broaden the scope of reproductive health rights and provide services related to amongst others, contraception, sexually transmitted infections, teenage pregnancy and sanitary towels for the indigent,” he said.

As GroundUp points out, so much for that promise, JZ.

On top of the lack of political will, these statistics also ignore non-binary or transgender people who menstruate, who face even further stigma from society.

For one Indian man, Arunachalam Muruganantam, this was a simply unacceptable state of affairs. After discovering that Shanti, his wife, was forced to use rags during her period because proper products were either overpriced or unavailable, he set out to make something that she could afford to use.

His first prototype, made largely of cotton wool he had bought from the store, was such a dismal failure that his wife said that she would rather use the rags. Muruganantam was undeterred and went to do some more research. He learned that over 300 million women in India lacked access to proper sanitary pads and that one out of every five schoolgirls dropped out due to menstruation.

During Muruganantamâ€™s research and prototyping process, he tried to get medical students to test his pads but they were too shy to give him feedback so he had to build a fake uterus filled with animal blood to test it on himself. His friends and neighbours called him a pervert and his wife left him in the face of the social ostracisation but he kept going.

Eventually he managed to create the perfect low-cost pad and build machines that could manufacture them at a fraction of the price. He refuses to sell the machine to big corporations but has distributed it to smaller community projects.

The machine has created jobs wherever it goes and now over 800 small brands sell his pad design. He and his wife reconciled after she saw him on television and in the newspapers talking about his pads.

Now, if only we could get his pads into South Africa.