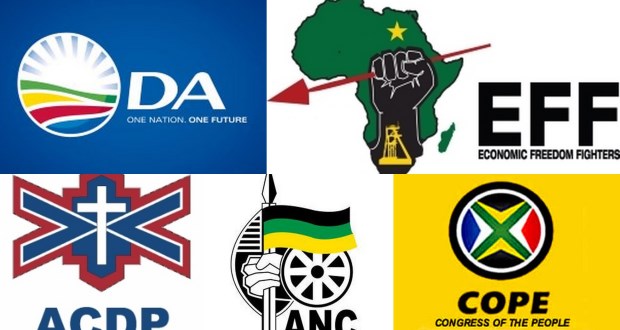 THE DAILY VOX team went out and asked the ANC, DA, EFF, ACDP, UDM and COPE about their policies on the Israel-Palestine conflict.

1. Do you have a policy on Israel-Palestine?
The ANC is unequivocal in its support for the Palestinian people in their struggle for self-determination, and unapologetic in its view that the Palestinians are the victims and the oppressed in the conflict with Israel.

2. Do you have a solution for this in mind?
The Israeli government should end the blockade of the Palestinian territories and withdraw from all Occupied Palestinian territory. The appropriate arrangements must be made for the safe passage of all Palestinians between Gaza and the West Bank. We support a two-state solution in Palestine.

3. Do you send your members on trips to Israel? Sponsored by Israel fully or in part?
The African National Congress encourages its members, whether they are in the organisation or aligned movements, to desist from any trips to Israel. We condemn that and we strongly discourage members of the ANC from having relations with Israel.

4. Do you recognise Israel as a settler regime?
I donâ€™t think at any point we would have sought to make judgement on Israel as an independent country but rather as it relates to the oppression of the Palestinian people and the conflict in that area and what we need to be done.

5. Do you support the boycott of Israel?
We support the organisations of the people in Palestine, and while we are not calling for boycotts and divestment or sanctions against Israel, ours is to work with the people of Palestine as they seek the solutions to the problems that confront them. The African National Congress has not called for a boycott or divestment or sanctions.

1. Do you have a policy on Israel-Palestine?
The DA has an official communique line on the Middle East conflict which calls for a two-state solution and end of violence and return to dialogue by both sides to ensure peaceful resolution of the conflict.

2. Do you have a solution for this in mind?Â
The solution that DA proposes is the two-state solution and peaceful coexistence with Jerusalem as the shared capital.

3. Do you send your members on trips to Israel? Sponsored by Israel fully or in part?
Yes, we did send our members to Israel-Palestine on study tours and fact-finding missions to get familiar with the situation on the ground. Our trips have been sponsored by the South Africa -Israel Forum.

4. Do you recognise Israel as a settler regime?
The DA recognises both Israel and Palestine as sovereign states.

The African Christian Democratic Party, represented by Cherylln Dudley MP, member of the Portfolio Committee for International Relations and CooperationÂ

1. Do you have a policy on Israel-Palestine?
The ACDP position regarding the conflict between Israel and Palestine has always been to support peace and development for both Israel and Palestine through a negotiated settlement between all parties. The ACDP has called on leaders to call for restraint in preparation for peaceful co-existence.

2. Do you have a solution for this in mind?
The ACDP supports peace and development in the Middle East and we would support any agreement that both peoples come to that takes them in this direction. We believe it is ultimately for the Israeli and Palestinian people and their negotiators to decide on a situation they can both live with.

3. Do you send your members on trips to Israel? Sponsored by Israel fully or in part?
There are a number of ACDP members who have travelled to Israel in their private capacity. While a few have received private sponsorship, none have been sponsored by Israel.

5. Do you support the boycott of Israel?
No, for a number of reasons, including the fact that we believe that Israelâ€™s innovative technological advances and expertise in many sectors would be of significant benefit to South Africa.

Our position is that the conflict in the Middle East should be resolved internally, peacefully, inclusively and with speed. In the immediate, a two state situation must be realised.Â In the long term that area must develop to a point where all citizens of the Middle East are able to leave side by side in unity, peace and prosperity in a democratic atmosphere where human rights are the order of the day. Â Â The South Africa transitional experience has taught all in the world, that through dialog, there is a solution. Â

2. Do you send your members on trips to Israel?

It is our principle, that in order to be able to resolve conflict, one has to be armed with first-hand information. In this regard, as and when possible we shall send delegates to get more understanding of the dynamics that characterizes the conflict, such understanding will inform our position and posture from time to time.

As a member of the South African Parliamentary Portfolio Committee on International Relations, the United Democratic Movement has inherent interests in the global political and economic environment.

One of the trips I took was to Ramallah and received by the late Yasser Arafat immediately after his house and offices were bombed by Israel forces.

During this visit, the late Yasser Arafat asked me to convey a message to the late President Mandela, that South Africa should assist in the resolution of the Middle East crisis. This message was conveyed accordingly.

Recently, I, together with other South African opposition leaders, visited Israel honouring an invitation from an organisation called Friends of Israel.Â During our visit we separately met with the Palestinian Leadership in Ramallah, the Israeli Government and the Arab Israel Members of the KnessetÂ as well as other prominent individuals that included South African ambassadors in the region.

3.Â Do you have a solution for this in mind?

The UDM position was as always has been, that as long as the solution to the Middle East conflict is viewed as a monopoly of the United States of America, a real and lasting solution will be far-fetched.

Secondly, the peace agreements signed between the two countries but never implemented due to hard lining by both sides are delaying the resolution of the conflict.

UDM further proposed in those meetings that South Africa should invite both sides to visit and get a first-hand experience of the route we travelled during our peaceful transition.

The main purpose is to enable South Africa to facilitate their own talks about talk inside the country and hopefully break the deadlock and bring a lasting peace to the people of the Middle East.

4. Do you recognise Israel as a settler regime?

The Middle East conflict should not be looked at simplistically. Whilst the issue of land occupation is a central feature of the conflict and should be resolved first, labelling will not help the process. The energies must be invested in finding solution to the issue of land invasion. Solution to that problem lies solely with the people of the Middle East whilst facilitation by other countries like South Africa should be appreciated and encouraged.

5. Do you support the boycott of Israel

We would not support any partisan approach and posture to that conflict. Ours is a balanced approach whose intention is the genuine and lasting solution to the conflict starting with the land invasion. I have learnt significantly from the late and first President of the Democratic South Africa, Mr. Mandela, who thought me that partisan approach to serious challenges is not genuine and is short lived. Accordingly, our stance to the Middle East is consistent with those teachings. 1. Do you have a policy on Israel – Palestine?
The EFF has resolved that the people of Palestine deserve their own sovereign state and it cannot be postponed any day longer. The Economic Freedom Fighters supports the United Nations resolutions on Palestine.

2. Do you have a solution for this in mind?
As the EFF we are going to mount the campaign of isolating Israel through boycott, disinvestment and sanctions to force the government of Israel to concede to the demands of the Palestine. The brutal killings of the children, women and youth of the people of Palestine is not correct.

3. Do you send your members on trips to Israel? Sponsored by Israel fully or in part?
Imagine the EFF participating in an Israeli-sponsored fact-finding mission of the Israel-Palestine conflict? We donâ€™t need Israel to give us money to go to do the fact finding.

4. Do you recognise Israel as a settler regime?
All we see in the Israel government is a government that is unleashing brutal violence against their neighbours. The constant rejection of the basic human rights by the Israeli government of the Palestinian people, causing them to live under constant Israeli military occupation.

5. Do you support the boycott of Israel?
The Economic Freedom Fighters not only supports the boycott of Israel by the imposition ofÂ sanctions but [also] total black out sanctions against the Zionist regime that is killing the people of Palestine. It must be brought to a negotiation table and agree to the national resolutions on the resolution of the matter of the people of Palestine. 1. Does COPE have a policy on Israel-Palestine?
Yes. COPE has consistently supported a two-state solution with safe and secure borders for each state and each state conforming to international law.

2. Do you have a solution for this in mind?
Countries could take the long and tedious road or a short cut with minimal destruction. Nelson Mandela chose to take the shorter route and to negotiate with de Klerk and the Nats. We proffer the same advice to the Palestinians and the Israelis. Israel must indeed agree to the pre-1967 borders in exchange for a just and lasting solution.

3) Do you send your members on trips to Israel? Sponsored by Israel fully or partly?
Only if our members have an unfettered right to go where they want to go and provided that on the same trip they can visit Palestine for equal time also. Before any COPE member agrees to go, COPE will discuss the matter with the Palestinian ambassador in South Africa and ask for permission to accept an invitation.

4) Do you recognise Israel as a settler regime?
Israel must have the right to continue existing with safe and secure borders. The rights that Palestine should enjoy must be parallel to the rights that Israel enjoys. The sovereignty of Palestine must be unencumbered.

5) Do you support the boycott of Israel?
Boycott is a very necessary measure if a country is unwilling to be in tune with the international community. COPE stands for multilateral action and that goes for boycotts as well.