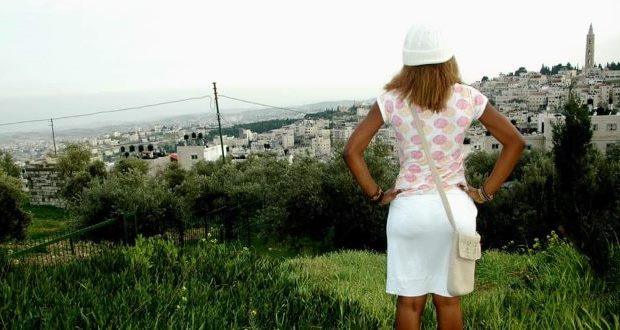 SHASSY CHASOWA is a Malawian who moved to Palestine in 2007 after their father got a job in East Jerusalem. The family lived there for three years before they moved to South Africa, while ChasowaÂ moved to England. Stuart Lewis sat down with them to find out what itâ€™s like to be a black African in the middle of the Israel-Palestine conflict.

I am pro-Palestinian (this doesn’t mean I am anti-Israel). I believe that every being should have a right to live and those in “power” – locking families, towns, villages into small spaces is a violation of that right. Violently occupying spaces that have been lived on by Palestinians for many years is also a bad exercise of power.

As a black person living in Palestine, my experiences were very different from others. I did not speak Hebrew and my Arabic was very poor so I definitely stood out. I went to an international school which means there were kids from around the world plus Israelis and Palestinians. I remember being constantly reminded that I was from one of the poorest countries in the world by some of my classmates. It was true, I am from a poor country. I kept reminding them that we are still in the same class and acquiring the same education. One time, when we were learning about HIV/AIDS one of my classmates spread around a rumour that I was infected, because I am African and was slender at the time. This was a violent act, a stigma, it was racially motivated.

Both [Israelis and Palestinians] can be racists. There had been incidents of attacks on black foreigners in the Old City. I remember staying in on some weekends because my father’s workplace was given warnings not to go into town on particular days.

My family and I would go to a park on “the other side” of Jerusalem which was heavily packed with Israelis. I was teaching my younger sister how to ride a bicycle at the time and the other children would try and knock her over if she went far from me. A stone was thrown at me once when I went into the skating tunnels where all the other teens played. They kept yelling “kushi” and kushim“.

I personally enjoyed living in Palestine and all the experiences I had while I was there. It was very scary at times; the constant border checks, someone leaving their seat because they don’t want to sit next to a black person, seeing 18-year-old soldiers all over town with their guns on a Friday night. As it is difficult to exist in a black body in many spaces, this was no different. At the time, I did my best to “blend in” and assimilate.

People need to stop feeding into the Western media and must understand the situation more objectively. The Bible isn’t the best place of reference to what land belongs to who but rather how peace is not present till this day.

I’d like to add on religion: when I moved to Palestine, my family was very excited about moving to the “Holy Land”. I personally was just moving to a place. We visited almost all the historic places and learnt all we could and “walked where Jesus walkedâ€. This would definitely strengthen many Christiansâ€™ faith, like it did for my parents, but I found all this doing the opposite for me.

Although I had learnt everything religious in Sunday school and appreciated seeing all the historic art, Bible scrolls, the Dead Sea, etc, I did not know this was all stored in a land very conflicted and at war. It made me angry whenever I walked downtown to take a bus home when I’d see religious tourists appreciating all things Christian but not doing much about the situation at hand. I once volunteered to work at a church right in the centre of the Old City and tourists would come and go and would do everything (visit all relevant spaces for their religion) but did nothing for the people. It conflicted with my already weak and questioning relationship with God.

The last straw was probably the first time I visited Bethlehem, we went to see where Jesus was born and go to all the religious places. The entry itself into Bethlehem was heavily guarded by Israeli soldiers and police. Before we were on the other side of the wall, the car and our bags had to be checked and we had to go through heavy security. As I learnt more things about the town I became very distant with the purpose of our visit.

How can people spend so much to go and visit spaces which imprisoned many others? So, one would ask themselves what the rest of the world is doing about the cause. How would we feel today if we couldn’t go outside of Joburg? Even to visit family or sick relatives? It is a painful reality that many others are living.

As told to Stuart Lewis, edited for brevity and clarity