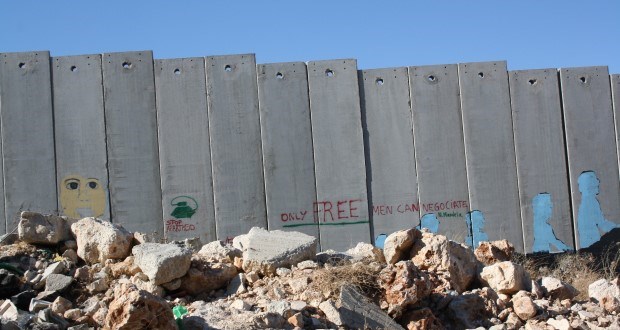 Across university campuses, student organisations are running demonstrations for Israeli Apartheid Week. The conflict between the two countries, which the week is focused on, is one that has spanned many years in far-off places. Even so, some South African students still have an inkling about what is going on. THE DAILY VOX TEAM went out and asked students at a few university campuses what they think is going on in Palestine and Israel. What do you know about the Palestine-Israel issue?
I think the conflict is a bad thing obviously, because a lot of people are dying with the bombings that take place, which infringe on human rights. I think that innocent civilians are dying and the oppression that Palestinians receive from the Israeli government is terrible. From the information I have, I think that both the Palestinians and Israelis both want a state, so they should have separate states, but itâ€™s a very complicated issue because who gets what? This issue became more complicated after the West got involved. I canâ€™t see a solution right now. Do you think the media tells the Palestine-Israel story properly?
I think the media portrays a one-sided approach with these conflicts. I think the conflict is bad and I might be biased, but looking at it from a humane approach I think itâ€™s very wrong.

What is the solution then, according to you?
Everyone would love to have a one-state solution but the cultures are very different, so two states living in peace with respect would be best. The human rights violations are very wrong. People are looking at this from a political perspective, not from a humanistic approach. Do you see any similarities between #FeesMustFall and the struggle in Palestine?
I hadnâ€™t thought of it before but there is a mirror image between the fight for transformation we are having right now and the transformation in Palestine. What do you know about the Palestine-Israel issue?
I have heard of [the conflict], I think a couple of times on the news but never really paid attention to it. From what I understand, those people live under strict rules from Israel, their country is like on lockdown or something. Which I think is crazy and I know the world is bad and all that but still it’s 2016. If people are going to be subjected to something as bad as what is happening there it shouldn’t be that blunt – not to say [that] if it’s not visible or blunt, it’s okay.

Do you see any similarities between #FeesMustFall and the struggle in Palestine?
I think both situations arise from a common thing – oppression and the refusal to listen sometimes frustrates people. People want to be heard and want to have a say in what goes on in their lives.

Do you see any similarities between #FeesMustFall and the struggle in Palestine?
I really don’t follow these things. I wouldn’t say campus is in any way similar to Palestine. To tell the truth, I didn’t even know there was a thing like that. The only apartheid I know is that of our country – which we no longer live in. I thought it was a South African thing you know – the Middle East conflicts I’ve heard about are mainly about religion and oil, not occupation or colonisation. I didn’t think we [have] much in common with people in the Middle East, that’s why I don’t follow what goes on there that much. But it sounds too serious and big to compare it with what took place here on campus. Is the issue in Palestine about land, or religion, or what?
The situation between Palestine and Israel is no longer about the land but it seems to have become more personal. It is much similar to what South Africans went through during apartheid. It is rather unfortunate that too much blood has been shed but that doesnâ€™t mean we should shy away from the fact that human beings are being victimised.

Why should South Africans care?
South Africa will never be free until Palestine is free, and as a country, we are one of the countries that can relate to the situation in Palestine. The media should ensure that it leaves no stone unturned when reporting on this issue. Do you care about the Palestine-Israel conflict?
Whatâ€™s happening in Palestine is not different from what happened in the past here in South Africa. I feel strongly about it because it affects us all, since it is human rights violation.

Many countries boycotted South Africa back then so that we could have the freedom we have today and if those countries could help us fight a winning battle, why don’t we do that for the Palestinians? Such cruelty and intimidation of human beings should be reported; what Israel is doing should be exposed. If we believe in social justice we shouldnâ€™t leave the situation of Palestine lying down. Do you care about the Palestine-Israeli story?
Yes, I care definitely about whatâ€™s going on. I know itâ€™s quite a struggle. You see it in Wits with Palestine and Israel Week. I think everyone has the right to say which side they are on. But I can understand where you know Israel are saying, â€œno this is our landâ€ and Palestinians are saying â€œitâ€™s our landâ€. Iâ€™m interested in what happens. Itâ€™s hard when it comes to history because so many people have claims. I care because I think everyone should be represented.

What about â€œthe wallâ€?
Itâ€™s terrible. Itâ€™s actually like the Berlin Wall. And I think when you start putting walls up like that thatâ€™s really bad because itâ€™s invading peopleâ€™s basic human rights.

Should The Daily Vox be doing a special series on it, right now?
I think itâ€™s very important to do this series and I am so glad that I now know about it so I can read about it. I think itâ€™s really important because it narrates relevant issues and brings it up to the forefront. To narrate this type of week is very valuable. What do you know about the Palestine-Israel story?
So pretty much what I know at the moment about Palestine is from studying International Relations. It seems like thereâ€™s a land distribution problem conflict between who owns the land and who doesnâ€™t. And so it just seems like different international parties [and] international states trying to get into this conflict.

Do you care?
I care because I think when thereâ€™s an injustice in society one has to step up and call out these injustices.

Should The Daily Vox be doing this series at this point?
I donâ€™t think thereâ€™s too much focus on Palestine – you can never have too much focus when people are being excluded from their own nation-state; when people are dying every day. I donâ€™t think itâ€™s too much focus any time. I think a lot of people like me are not aware of the situation. We just have a broad understanding of what it is but we donâ€™t have an actual understanding and we always rely on the media which is never actually a true source. So I think it would be a good series.