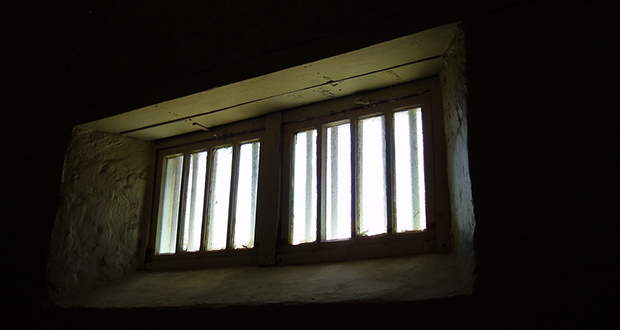 Mojalefa van Zyl was arrested for common assault and spent three months in remand detention, which is where suspects are kept while awaiting trial. At the time of his arrest, he was 18 years old and in matric. His charges were eventually dropped due to insufficient evidence. Even though he was not convicted, returning back to school and the community was difficult. Now 23, he explains that people do not understand the difference between remand detention and prison and that he was stigmatised as though he had been an inmate.

People like van ZylÂ who are arrested in matric struggle the most at school because of the added pressure of having to write matric prelims and finals. â€œI did not write June exams because I was in jail,â€ he says. He wrote twoÂ papers for Life Science and twoÂ papers for English, but the rest he missed. â€œObviously my marks where very low, I got zero for all the exams that I did not write. I was not prepared at all; I wish I could have been given the opportunity to write all the past papers. I would have passed better,â€ says van Zyl.

Ex-juvenile offenders and young people who have been in remand detention for weeks, months or even years are released back into the community daily and they have to be re-integrated into the schooling system. After spending some time in prison or the remand section of a prison, many of the learners feel unwanted and stigmatised.

Van Zyl says many of other learners that he knows who have been arrested â€œare treated so horribly by learners and teachers, constantly belittled and called names and they eventually drop out because they are pushed out of the systemâ€.

Mantoa Ntelele is a paralegal at the Hennenman Victim Empowerment Centre and a junior journalist for the Citizen Justice Network (CJN)Â andÂ has interviewed several ex-juvenile inmates. â€œTeachers act at their own discretion by treating these learners unfairly,â€ she says. School Governing Bodies (SGBs) are focused on protecting the image of the school and also often discriminate and stigmatise learners who have been arrested.Â She has heard of incidents where a learner has just been released and returned to school and was removed from anÂ exam venue and made to write the exam in the principalâ€™s office.

In extreme cases, learners are refused admission into schools because of various reasons like criminal records or pregnancy. Equal Education Law Centreâ€™s Chandni Gopal explains thatÂ â€œThe South African Schools Act gives SGBsÂ the right to autonomously establish and implement admission policies. However when admission policies are problematic and violate the right to education, they can be challenged. The constitutional court held that this power is not absolute.â€Â Learners who are pregnant, Rastafarian and have been in prison can face admission policies that prevent them from entering that specific school even though these policiesÂ essentially violate their right to basic education asÂ enshrined in the Constitution.

Van Zyl was interviewed on The Rock FM, a radio partner of CJN, on 16 March 2016. He was accompanied by Ntelele. This discussion was part of a month long series on the re-integration of ex-inmates back into the community. The series was extended to include ex-juvenile inmates and learners who have been in remand detention as that carries the same stigma in some communities.

Listen to the interview below. All audio is in seSotho.