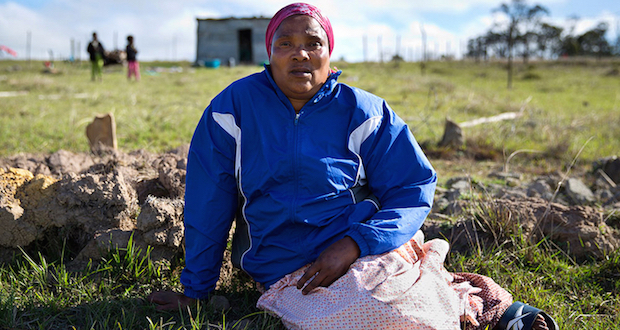 An alliance between 56 civil society organisations has called on the government to come up with ways to end gender-based violence. Although government committed to the idea back in 2012, there’s been little in the way of implementation since.

Last year, as part of the coalition’s plan to get government to commit to developing the plan, Sonke Gender Justice, which is part of the alliance, launched a series of postcards highlighting how different people have been affected by gender-based violence. However, steps to implement a national strategic plan (NSP) on gender-based violence have made little headway.

Tanya Charles, policy development and advocacy specialist at Sonke Gender Justice, said campaigners are currently busy drafting the strategic plan, which will later be delivered to the relevant departments in government.

â€œWhen the National Council on Gender Based Violence was created, civil society finally felt that this was an indication of the political will needed to bring about a national framework and budget to deal with gender-based violence,â€ Charles said.

However, following a cabinet reshuffle, gender violence appears to have fallen off the governmentâ€™s agenda. The new minister responsible for women’s issues, Susan Shabangu, is focusing instead on women’s economic empowerment, Charles said.

â€œWe need more organisations to add their support to the call for a national, costed [strategic plan]Â and to participate in planned marches and related events,â€ Charles said. To join the campaign and receive updates, send an email to this address.

You can see all of the postcards here.