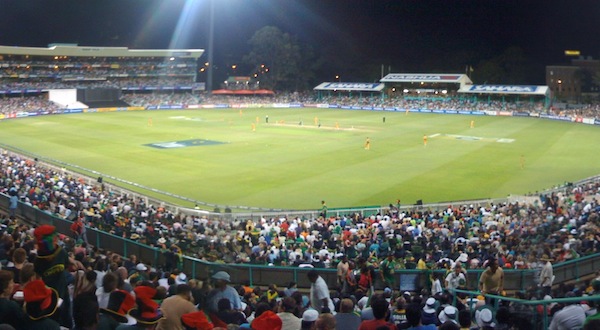 I have never written a book but I am a lover of literature. I am not a chef but I enjoy fine dining. And I have never played team sports but I am a sports journalist. That makes me the same as most of my colleagues except for one thing – I am a woman.

My lack of elite participation in sports and my gender have nothing to do with my ability to do my job but both have been used to discriminate against me in different ways. The former is easy to brush off; you donâ€™t need to be a former player to become a sports reporter but you do need to know how to write. To play sports you need to have a combination of fitness, hand-eye co-ordination and natural skill. To write about it, you need to have an eye for a story, an ability to fact-check and a way with words.

Despite this, writing about sports can be difficult, not least because women are stereotyped as finding sports boring and as lacking comprehension of it. Think of how many jokes are made about whether a woman understands the offside rule or LBW law, and how popular broadcasters like DSTV still produce adverts that make woman out to bored at watching something as big as the World Cup. Women are expected to prefer shopping and shoes. Oddly enough those are two of the things I like least.

My main job is for international cricket website ESPNcricinfo. I consider it to be the most equal place for a woman to work. I am treated just the same as any of my colleagues and I have not once felt I was singled out for being a woman. But that does not extend to the entire industry, where women are scarce.

I often find myself the only woman reporter on tour. This can be tough in places like New Zealand where the other reporters want to go from a full day at the cricket to watching rugby in a pub at night. It gets tougher on the subcontinent, where the simple act of wearing loose or sleeveless dresses to cope with searing heat and humidity draws unwarranted attention from men, who find fit to stare holes straight through you.

Situations like that make me grateful to be a South African woman; at home I wear what I like and donâ€™t have to pay a social price for it.

Even so, women in South Africa are frequently treated as objects. In my experience, this happens because men think they have ownership over women and over the things women can and cannot do. In my case, that is reporting on sport. I receive tweets on a weekly basis calling me everything from â€œstupid womanâ€ to â€œbitchâ€ and â€œwhoreâ€.

While this sort of name-calling upsets me, it did not alter my thinking about sports and gender half as much as an incident that took place last year when I dared criticise the South African cricket team.

South Africa had played and lost a one-day series in Sri Lanka, 1-4. It was their worst defeat in a decade and they were inept in every department. I was critical of all the players in fairly equal measure but one of them did not like what I said.

Opening batsman Alviro Petersen took to Twitter to argue with my saying his domestic record did not justify his international selection. In his replies, he called me â€œmy dearâ€, offered to â€œdo the research for [me]â€ and was patronising in a way I had not seen before. I could have brushed that off as nothing more than a reaction from a player about to lose his place (Petersen was dropped after the series) until it became sexist.

Petersen retweeted a message from someone who told me to find something else to write about, â€œfood or clothes maybeâ€.

@FirdoseM well maybe you should find something else to write about, food or clothes maybe, and get off @AlviroPetersen back.

I asked Petersen why he had resorted to sexism and got no reply. Instead, I got threats from Petersen supporters. One Petersen fan sent me a YouTube video of a man beating up a woman.

I went to Cricket South Africa to ask them to do something about what was fast becoming an embarrassing situation. They told me Petersen was entitled to reply and they saw nothing wrong with his actions. For the first time in my journalistic career, I felt I was being treated differently as a woman.

Petersen opened a foundation a few weeks later in which he committed, among other things, to fighting women abuse. I found that ironic. We have since shaken hands on it but I have not forgotten the incident, nor CSAâ€™s handling of it.

Despite the sexist jabs I still get from sports fans online, I continue to report on sports for ESPN, where I have a wonderful editor and excellent support from my colleagues. A luta continua. Firdose Moonda is a Cape-Town based sports journalist who specialises in cricket and football. She doesnâ€™t play either of those sports but is a keen runner.