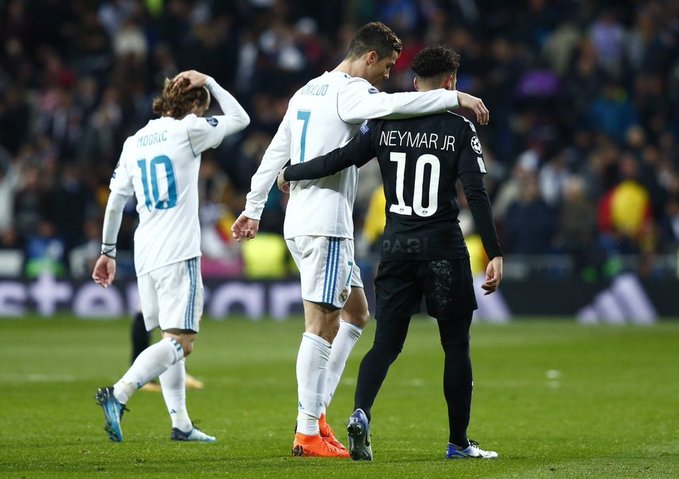 In less than a year, two high profile football players – Cristiano Ronaldo and Neymar Jr –  have been accused of sex crimes. During that time both of them have had their cases dropped by the police due to “insufficient evidence”.

Just this past week, a rape charge against Brazilian footballer Neymar was dropped by investigators. Brazilian model Najila Trindade laid the charges against the footballer. She alleged that he attacked her in her hotel room in May 2019. Neymar denied the accusations and said he was being exhorted by Trindade. Now that the case has been dropped by the police, the prosecution will have a few weeks to evaluate the case before the judge makes a final ruling. However, it is largely expected that Neymar will be cleared of all charges.

Portuguese striker Cristiano Ronaldo was accused of rape in 2018. German newspaper Der Spiegel broke the story. Kathryn Mayorga filed the complaint in September 2018 seeking damages from Ronaldo for sexual assault. Mayorga accused Ronaldo of raping her in 2009 in Las Vegas. Ronaldo denies these allegations. For months Mayorga’s lawyers have been trying to serve papers to Ronaldo, without avail.

On July 22 the district attorney’s office in Las Vegas announced Ronaldo would not be facing any charges due to a “lack of evidence” to prosecute. Mayorga will still be pursuing separate charges against Ronaldo.

Closer to home, the Egyptian football team was also caught up in sexual harassment allegations. Player Amr Warda was shut from the team during the 2019 Africa Cup of Nations after sexual harassment allegations emerged. Yet just 48 hours after he was taken off the team, after his teammates including Liverpool striker Mo Salah rallied around him, Warda was back in the squad. This was not the first time allegations emerged against Warda as he was accused of harassment from teammates’ wives while playing in Greece.

These are just some of the high profile allegations and accusations around sexual violence and harassment that have emerged in the footballing world. All of these cases are being swept under the carpet. Once the media attention around these matters dies, the women and their struggles will cease to be of importance. Again though this is just the big-name people in football whose names are linked with these allegations which is why they are receiving attention.

Yet, these things are happening in all facets of football. The #MeToo movement marked an important political moment. It was a movement of women speaking up against their alleged abusers regardless of what position in society the alleged abusers held. It might have started in Hollywood, but the movement has spread to different sectors of society. The one place it has not reached though is the sports space and football space in particular.

If the three cases mentioned above show anything it is that the silence is still the prevailing tactic used when dealing with cases of harassment and violence. In the wake of the Ronaldo and Neymar allegations, not a single player, manager or team has spoken out of the issue. While the law likely prevents them from declaring the players guilty or not, there has not been any mention even of the general awfulness of sexual harassment and violence.

In an interview with Bleacher Report earlier this year, Salah spoke about the patriarchy that exists in Egypt and the need to fight it for women. Yet, just a few months later, he defended someone who was accused of harassment.

Men’s football is not the only one rife with accusations and allegations of sexual harassment. This year the 2019 FIFA Women’s World Cup took place in France. In the months leading up to it, there were accusations of sexual harassment from both the Afghani and Colombian women’s football team. In Colombia, there were allegations of harassment brought forward by woman coaches as well as many players below the age of 18. Many high-ranking officials in Afghanistan were implicated in the allegations that emerged.

Writing for The Independent, former FIFA vice-president Prince Ali Bin Al Hussein of Jordan said women’s football is at a crossroads. “At the same time, we cannot ignore the fact that abuse, harassment, and exploitation continue to undermine the integrity and standing of the women’s game,” he said. The prince called for footballing governing bodies and other organisations to come together to help women and girl footballers.

The fame and prestige footballers have gives them certain impunity when it comes to facing the law. Whether it is players managing to avoid paying back tax fraud or facing jail time, escaping the might of the law is a usual occurrence.

This impunity in front of the law sets a dangerous precedent for the #MeToo movement in football. Most people already know the difficulties survivors and victims of sexual harassment and violence go through when reporting what happened to them. Add in the footballing culture of secrecy makes it all the more difficult. There is also the fans to worry about. Fans sometimes defend their favs regardless of how trash they are. Any person who is going to report a footballer is likely to be subjected to extreme online abuse. There will be pushback.

All of this means that the footballing world needs to take this issue more seriously. Even if the players are not prosecuted by the law, it does not make them innocent. The players themselves, the managers, the clubs, and the associations need to put in place policies around sexual harassment and violence.

Just like players speak out against racism and mental health in the sport, there needs to be more awareness and activism around sexual violence. Football and all sports need to actively work to ensure abusers are not allowed to escape their actions, and more importantly that survivors get justice.