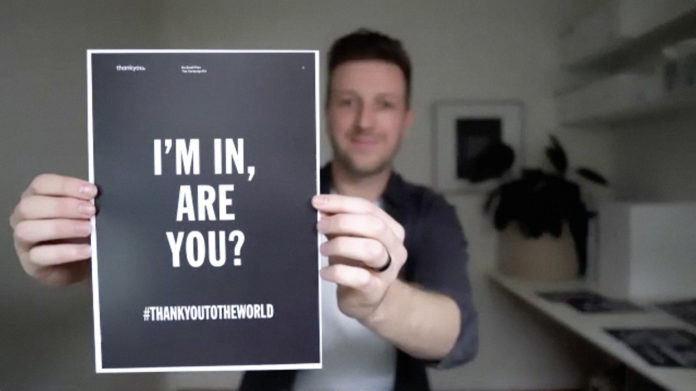 The Daily Vox has partnered with Australian social enterprise ThankYou who have come up with a plan to end extreme poverty. Founded in 2008 by a group of university students, the enterprise sells personal care and baby products. Daniel Flynn, managing director and co-founder of Thankyou explained their vision.

Tell me a little about the enterprise and what led you to starting it?

In only 12 years, we’ve grown into a movement of millions of people taking small steps to create big change. We are Thankyou and we exist to bridge the gap between our world’s two extremes. This isn’t about making shareholders rich. We are a social enterprise. Our whole reason for existence is to make money and get it to the parts of the world that need it most. Our focus – the end of end extreme poverty.

This consumer movement started in Australia and has over 60 products on shelf. First people used their voice. Then people used their choice, and products hit market leading positions. Our collective choice raised $17million, for the heroes in this story, our impact partners who are serving the world’s poor on their journey out of extreme poverty.

Tell me about this latest campaign to end extreme poverty. What was the idea behind it?

Before the pandemic we, the world of consumers, spent $63 trillion on stuff every year. In this same world 736 million people were living in extreme poverty. It doesn’t feel right. Then the pandemic hit and we went from bad to worse.

The global pandemic has many of the poorest countries teetering on the edge of famine, as millions of people are pushed back into extreme poverty.

The strangest part of it all is while the world was in turmoil some people got really rich.  I know that because we’re one of them.  Despite the pandemic, consumers still consumed, and we made over $10 million dollars profit. The secret; we sold hand wash and sanitiser. It was like a gold rush – everyone got in on it.

So we had an idea, a local movement of people has built Thankyou, but could a global movement take it to the world? Imagine for a moment that I just told you Thankyou already existed in your country and for that matter every other country on the planet. That wouldn’t have been $10 million raised in the last few months, that would be hundreds of millions of our consumer dollars.

When did you issue the invitation to P&G and Unilever?

On September 29, we announced an invitation to P&G and Unilever to make and distribute Thankyou products globally to help end extreme poverty. To convince these companies to take this bold move, Thankyou is asking people around the world to get involved through its campaign aptly named “No Small Plan.”

P&G and Unilever – they run the world. Hundreds of combined factories making products for billions of us. Over a decade we’ve seen them solve some really complex ethics and sustainability stuff, genuinely impressive.

In the box they have a Zoom link for a meeting on the 14th of October and a letter that makes sure they can’t own Thankyou. It’s a partnership.

This is a story of us, a movement of consumers, finding a global partner and together becoming a bigger David to take down the true Goliath: the $63 trillion dollar consumer system that makes the rich richer and has left the poor behind.

Why P&G and Unilever?

Our goal isn’t to run a social business that makes a small difference. It’s to tip the scales and flip the system of the $63 trillion consumer spending to help end extreme poverty. To win in business you have to play to this thing called ‘sustainable competitive advantage’. This new model flips the game we’ve been playing on its head.

We partner with organisations (previously our competitors) who have the ability to sustain products in the market through their competitive advantage. We focus on our own competitive advantage: building a brand with purpose. Together, we amplify our impact to see a world where not one person lives in extreme poverty. Partnering with a ‘big’ corporate won’t change who Thankyou is or what we do. We will always exist 100% for impact, and exist to help create a world where not one person lives in poverty.

Once this campaign is completed, what are your future plans?

Now there’s one question I think you might be thinking, what if this whole idea doesn’t work?  But can I ask you another question, what if it does work? What if we are standing on the edge of a new normal, where the product’s we choose are right, wrong, an inequality gap so big that it should not exist.