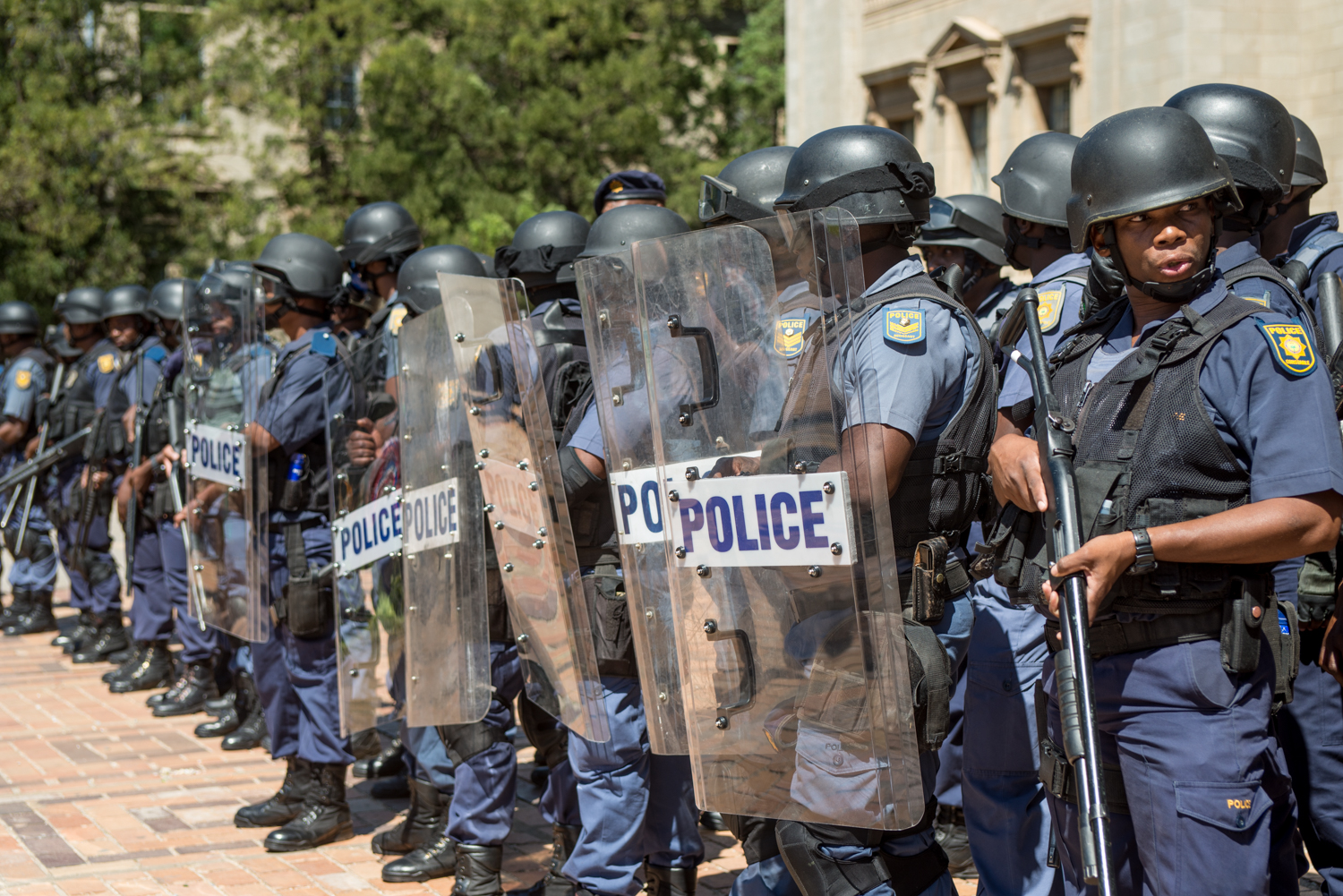 South Africa, unlike most countries that fail, has not fallen prey to any nefarious outside interference or simply succumbed to the incompetence of our leaders. Though the latter may hold true in a lot of instances when looking at the current challenges faced by us as a nation, it is clear that our leaders are only as capable of making a change as they are willing to listen to those actively demanding for it.  Currently, it feels as if they are not willing to listen to any pleads to save the lives of South Africans, writes REKGOTSOFETSE CHIKANE.

The callous disregard for life, women and foreign, showcased by the empty platitudes offered by our politicians is indicative of the belief that those in power believe that they are politically untouchable by the ordinary citizen of South Africa. A belief that we have allowed to grow and fester within our society’s psyche. A psyche that makes us as citizens, morally responsible for the failures of our country.

South Africa is an abnormal country, and we, for whatever reason, have internalised what should be an abnormality as a norm. We live in a nation where 8 million of all 18 to 34-year-olds are not in employment, education or any form of training. They are merely sitting at home. A nation where the vast majority live in systemic poverty, including a quarter who live on less than R561 a month. We live in a country that has remained the most economically unequal countries in the world. A country where 1 in 4 cases of sexual assault are reported, and we can still infer that 40% of women will be raped or sexually assaulted in their lifetime. One can only dread what that number would be if we had police stations that encouraged the reporting and investigation of sexual assaults against women. Since 2007, South Africa has seen xenophobia stitched into the fabric society in a manner that ensures that every 2 to 3 years, there will be an outburst of xenophobic attacks.

But we know this story. Our leaders know this story. As young people, we know the story all too well because we have grown up in a country where all of this has become our day to day experience There are very few people in South Africa who will not have at least a partial comprehension of the dire situation our country is currently in. But we normalise it. It’s how we, as a society, deal with our collective trauma of living in a perpetual state of abnormality. For every new Uyinene Mrwetyana, there will be a story, an old tale of Anene Booysen. For every new xenophobic attack in Johannesburg, there will be a similar old story of xenophobia in Alexandra in 2008, where twelve people died, and the government was forced to create relocation camps for foreigners. South Africa exists in a cycle of violence, corruption, violence, economic ineptitude, violence, corruption, political ineptitude, violence, corruption etc. A perpetual state of abnormality. The first to suffer and experience the brunt of the burden of this wheel of torture are the dispossessed, while the more affluent (and that really does not mean that much within the context of South Africa) live under the constant fear that they will inevitably fall into this trap.

We could pontificate as much as we want about the solutions to solve the past challenges in our county. But what is becoming increasingly clear to me is that South Africa needs a fundamental shift in our political structure. The logic of our country’s current democratic dispensation given to us by our parents in 1996 has now been proven to be incapable of attending to challenges that our generation currently faces. To continue down this path without a fundamental questioning of the structure of our country is not only morally irresponsible but repugnant. It would be the greatest insult to the notion of human rights to allow the perpetuation of a political system that fails to deal with the basic protections of people’s right to life.

Our leaders don’t care about changing the status quo. Why would they? It’s the same system that made them leaders in the first place. Simply replacing the current government with another will also not solve this problem, because, as we see wherever opposition leads or has led, the issues remain the same. The inability for political leaders in South Africa to feel directly responsible for the lives of citizens ensures that regardless of the political colours you wear, your allegiance lies first and foremost with the party.

We have seen from the marches in Hong Kong, BlackLivesMatter, Anti-Brexit protests, youth and women driven liberation protests in South Sudan, to the Arab Spring and #FeesMustFall, young people across the world are beginning to figure out that the 20th century notions of democracy are incapable of adjusting to the problems our generation will face throughout the 21st century. Though disparate in their respective geopolitical locations and situations, they are all uniquely unified in the belief that the current status quo is unacceptable.

So what do we do as a nation that is screaming for a change in the strands that make up the DNA our country? Screams that fall on deaf ears because why should our politicians form their views and actions of the country based on the will of the country. A picket outside of parliament or the union buildings will only get us to the gates of power, but never in the mind of those in power. This week has weighed heavy on my soul. From the death of Uyinene, the xenophobic attacks across the nation, the ongoing state capture commission investigation into the theft of the country, the systematic underfunding of Chapter 9 institutions, the attacks on our judiciary have all made my heart sit uneasily.

If we are to change the abnormality of our country, I believe we must rid ourselves of the democratic system of proportional representation at the highest levels of power.  We must be able to hold our MP’s individually responsible for the pains suffered by their constituencies. I listened to government minister Buti Manamela at Uyinene’s memorial wax lyrical about the state gender-based violence in the country. Using all the rhetoric and language associated with the #MustFall generation. Yet, as he told us about what we as a nation should be doing, all I could think of was if you know the problem, then solve it.  What could possibly be stopping you?

If we don’t actively ask for a change in our political system, regardless of the solutions proposed by the citizens of the country, nothing will be upheld or implemented because they are not incentivised to. I want to hold a person politically responsible for the failures of our country and their inability to enforce the constitution of the country. We should all hope to have that power over our political representatives. Our MP’s currently work under a constant state of fear of those who elected them. Not the millions of South African’s who elected them, but the hand full of individuals within their parties.

To not ask of a systemic change in our political system in order to tackle systemic issues within our society that are amplified by our political system is morally reprehensible. Every day we resist the urge of systemic change and embrace the chains of accepting the abnormal, another woman will be raped and killed by a man in a Post Office of the country. Another African will be executed at the hands of a mob of South Africans.

South Africa, as a nation, has failed, and it is morally unconscionable to believe otherwise.

Rekgotsofetse Chikane (known as Kgotsi for those who are tongue-tied) is the author of “Breaking a Rainbow, Building a Nation: The Politics Behind the #MustFall Movements” and is a graduate of the University of Oxford, having completed his Master in Public Policy degree in 2017, a Mandela-Rhodes Scholar (2015), one of the Mail & Guardian’s Top 200 Young South Africans (2016) and the former national president of InkuluFreeheld, non-partisan, youth organisation focused on deepening democracy and enhancing social cohesion. He is adept at navigating a variety of South Africa’s socially complex spaces, often as the resident coconut, and has experienced some of the best and worst of the #MustFall protests. Chikane is an advocate for socio-economic equality and the practical realisation of decoloniality within a post-1994 South Africa through the use of emerging technologies.