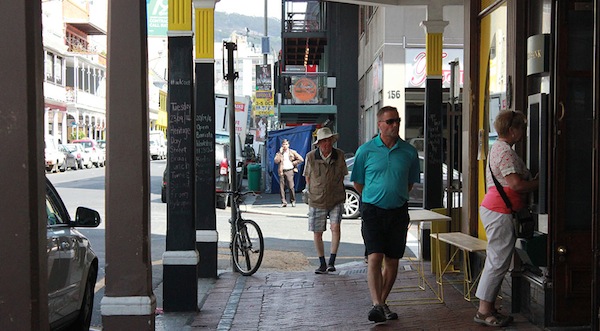 On Sunday, theÂ SundayÂ TimesÂ reported that President Jacob Zuma had allegedly accepted bribes from French arms company, Thales. The allegations came after Ajay Sooklal, who was employed by Thales, said that Zuma accepted expensive clothes, luxury accommodation, the payment of his arms deal legal fees, and up to R500 000 a year from Thales. In exchange, Zuma recommended Thales to local companies. RAâ€™EESA PATHER asked South Africans what they thought.Â Ridwaan Williams, 42, building inspector, Strandfontein
From my point of view I canâ€™t say I believe it or not, because I havenâ€™t seen any proof. The bribes are obviously a personal thing between the company and Zuma. If there are any personal incentives coming from an outsider, then the deal is not according to the books. I donâ€™t trust the presidency 100% because you know how many stories are going back and forth. I think there is a mutual feeling among the people that there is some problem in the presidency, and itâ€™s already affecting us. Themba Mzilikazi, 36, administrator, Kuilâ€™s River
I didnâ€™t read about this; this is the first time Iâ€™m hearing about it. It doesnâ€™t make me feel well at all to hear something like this about the president. As far as I understand, someone who is the president should be an example and should not be associated with things like bribery and corruption. Robin Povey, 60, electrical inspector, Edgemead
I canâ€™t say I believe it until they say that they have hard proof of this. Being in the public service, we get punished for odds and ends that are seen as out of bounds. If itâ€™s applicable to the workers then itâ€™s applicable to the government as well. It makes me despondent. We get hammered if we do something wrong, but they get away with it. Itâ€™s shocking. Anonymous, 40, government worker, Parow
I believe heâ€™s corrupt. I donâ€™t believe anything he says anymore. Heâ€™s not a true leader, and he and Cyril Ramaphosa must go. I believe he accepted those bribes, that he took the money and the clothes. Itâ€™s all about him; he uses government to enrich himself.