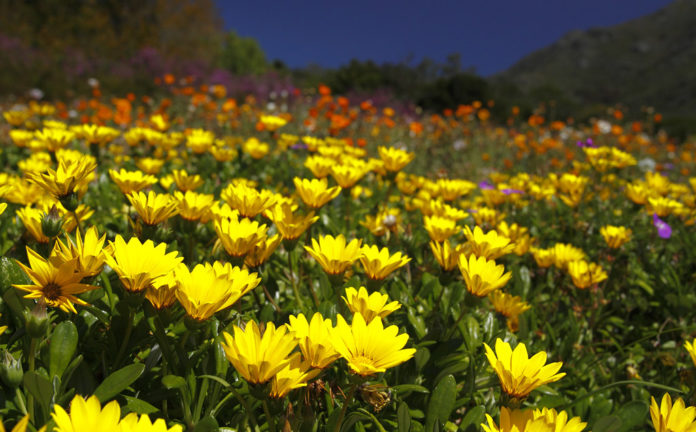 It’s September and for the Southern Hemisphere, this means that warmer days are officially on the way. South Africans, in particular, took to social media on September 1 to celebrate the beginning of Spring. The first Sunday of September has always been traditionally celebrated as Spring Day. Yet this isn’t technically true. The September equinox which heralds the beginning of spring is still on its way.

The 2019  spring equinox will be at 09:50 on Monday, 23 September. The equinox marks the point when spring will officially begin for the southern hemisphere. We know that South Africa doesn’t really have set seasons especially for autumn and spring. It’s common to find South Africans describing the weather as being four seasons in one day.

In 2017, the South African Weather Service said: “One finds disagreement on the starting dates of the seasons at both the scientific and the lay level. South Africa does not really experience four distinct seasons. Throughout South Africa the transitional seasons of autumn and spring tend to be very short. Most analysis of climate is done using the assumption that January is mid-summer and July mid-winter.”

However, the equinox is the day when the length of day and night is equal in all parts of the world. It comes from the Latin words for “equal night”—aequus (equal) and nox (night). With the equinox, South Africa and other countries in the southern hemisphere will begin to enjoy increasing sunlight hours and later sunsets.

The two equinoxes as well as the solstices (more on that below) are caused by the Earth tilting on its axis. The Earth doesn’t orbit upright and it tilted at 23 ½ degrees. This allows the northern and southern hemispheres to switch places in receiving the direct light and warmth from the sun. There is a perfect balance in all things.

The practise of tracing the changing of the seasons by the sun’s movements is something that can be traced back to many, many years back. In Machu Picchu in Peru, the Inca people used to use the Intihuatana stone as a precise indicator of the date of the two equinoxes. The Temples of Malta are one of the most ancient religious sites on Earth. One of the temples was astronomically aligned. It was used for astronomical observation. During equinoxes sunlight would pass through the main door and light up a major axis. In many different ancient societies, buildings and formations were found which showed how they observed solstices and equinoxes. This was all way before the advent of modern technology and research.

The solstices are another important event that affects the seasons. The next solstice will take place on December 22. There are also only two solstices. The other one happens in June. these are the days when the sun’s path is farthest north or south from the equator. The winter solstice is the shortest day of the year while the summer solstice is the longest day. December 22 will mark the longest day for the southern hemisphere and South Africa. This will mean that summer has officially arrived.

Regardless of whether you want to wait for the equinox, or are already celebrating spring all this doesn’t matter. Warmer days are here and that’s reason enough to celebrate. It’s time to hit the pools, eat ice-cream and enjoy sun-filled days.