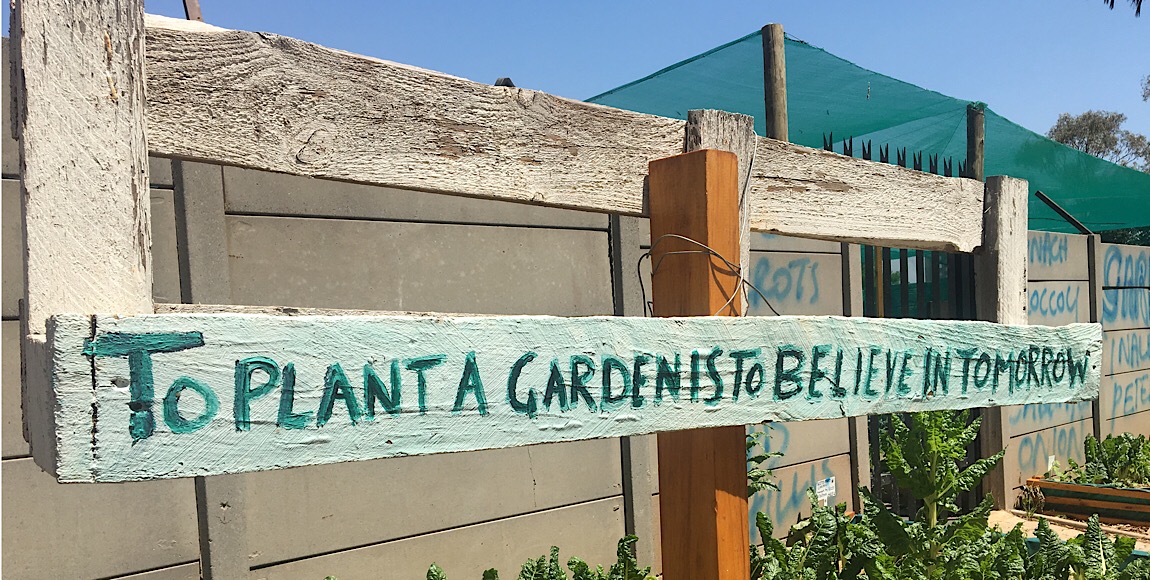 Food insecurity at tertiary institutions is aptly described as “the skeleton in universities’ cupboards” because it receives so little attention. Those in higher education are assumed to be an elite whose minimum basic needs are met. But a study of 34 colleges and universities in the United States found that 48% of students experience food insecurity, and 22% hunger. Of the black student population, 57% were food insecure, compared to 40% of white students. By MARC WEGERIF and OLUWANFUNMIOLA ADENIYI.

The few studies on food insecurity – the lack of reliable access to sufficient quantities of affordable, nutritious food – at South African tertiary institutions show an alarming picture that mirrors the social divisions bedevilling the country. At the University of the Free State 64.5% of students are food insecure.

At the University of KwaZulu-Natal 55% of the students from low income families were food insecure. This is partly because they used some of the limited money they received as students to assist their needy families.

More than two decades after apartheid has left behind a legacy that still persists of disenfranchisement and subjugation in many socioeconomic spheres. These include the education sector. Tertiary education under apartheid was highly fragmented by race and the politics of race.

The majority of black students at tertiary institutions across South Africa today are first or second generation to reach this level in their families and are from poorer families. This legacy doesn’t suddenly end because they enrol to study at institutions of higher learning.

Students also suffer the double burden of malnutrition – hunger and obesity. This results in stress, poor health, poor academic scores and increased drop-out rates. All of this wastes precious resources invested in higher education and perpetuates inter-generational poverty and inequality.

Students from all walks of life are affected. But the most impacted are black students from poorer households who represent their families’ hopes as the first generation to access higher education. Students who go hungry are denied the possibility of achieving their full potential. Families, communities and the nation are denied the skills and full contribution such students could have made.

Poverty is the primary cause of the problem, combined with increases in food prices, fees, accommodation, transport, and books. Students are torn between different demands on limited resources.

The situation is made worse when students don’t have access to cooking facilities and campuses have limited options for affordable and healthy food. Sboniso Ngcobo, a student at the Durban University of Technology, put it plainly when he said

“most students… eat what is readily and cheaply available”.

Some universities have responded with interventions such as food banks, feeding programmes, and food gardens. The Stop Hunger Now initiative at the University of Johannesburg serves 7‚000 meals a week. Food-insecure students at the University of the Free State receive modest allowances and one balanced meal a day through the No Student Hungry Programme. The University of the Witwatersrand started a farmers’ market to make fresh produce accessible to students and benefit local farmers.

While all of these programmes have some positive impacts, there are challenges. These include the stigma attached to being seen as poor and hungry. Queuing for food handouts is often seen by students as one of the most undignified experiences they could have. The interventions so far have been ad hoc, not institutionalised, and fall far short of meeting people’s right to food.

To address this at an institutional level, the Dullah Omar Institute at the University of the Western Cape, together with the DST-NRF Centre of Excellence in Food Security, has rallied stakeholders – students, academics, university executives, and representatives from the state and civil society – under the Access to Food for Students Project. The aim is to find comprehensive solutions to food insecurity at tertiary institutions.

A national colloquium held in 2018 discussed a human rights based approach. A series of advocacy meetings in 2019 produced a petition, which was submitted to the South African Human Rights Commission, calling for concerted action to address this crisis.

It’s essential that students be recognised as a vulnerable group deserving of intervention when it comes to food security. Students are mostly unemployed, aren’t eligible for social grants, and there’s no food security programme in place for them as there is in schools.

What needs to be done

Right to food policies need to cover students at public and private institutions, from training centres to universities. The higher education sector needs legislation, regulations and programmes of action with budgets to deal with this.

Students at state colleges and universities are in the care of the state, which is obliged to ensure that the students’ rights are fulfilled. Private education institutions must also be held to the same standards.

Tertiary institutions can be leaders in the just transition to sustainable food systems by integrating research and learning on food and food systems and developing food studies programmes. Institutions can also ensure that campuses are thriving food environments that make healthy food accessible where students live and study.

Beyond their campuses, tertiary institutions have a responsibility and opportunity to use their influence and their buying power to promote more just and sustainable food systems, such as through promoting agroecology and supporting black farmers and land reforms.

Practical initiatives – such as better structured food assistance, food gardens, opening space for small-scale food vendors on campuses – can meet some of the needs and show what’s possible. Ultimately, however, government legislation is needed to confirm students’ rights and the obligations of the state and tertiary institutions in this regard.

Marc Wegerif is a post-doctoral fellow at the University of Pretoria.

Oluwafunmiola Adeniyi (known as Funmilola) is a lawyer with cross sectoral experience. She is currently a doctoral researcher at the Dullah Omar Institute, University of the Western Cape. Her research interests are socio economic rights with particular interest on the right to food, women’s rights and access to justice.