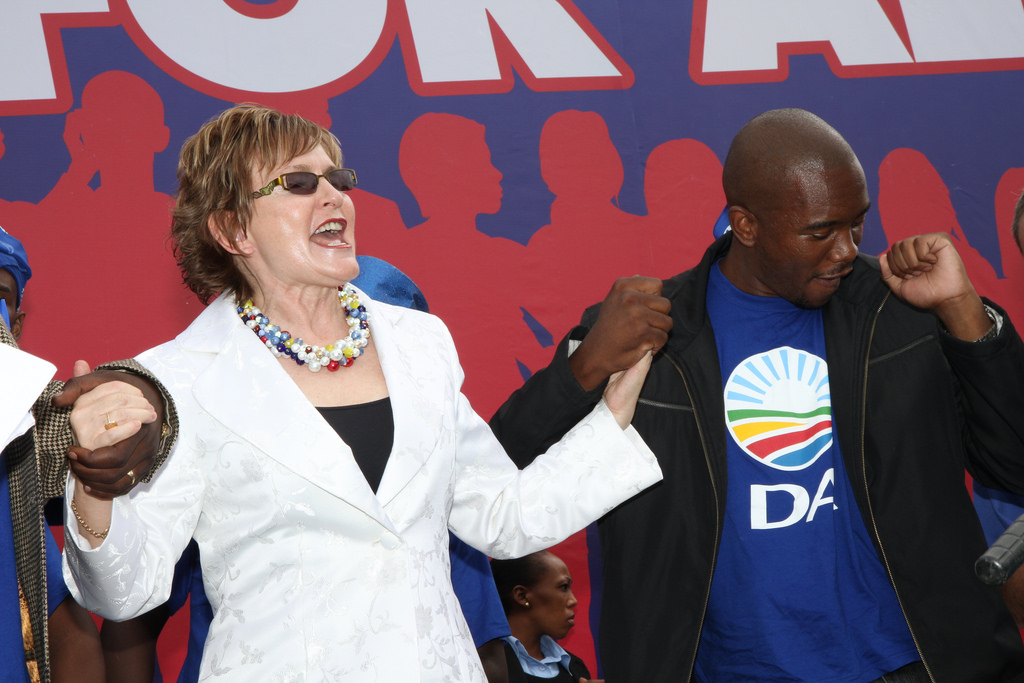 The dust is settling on the 2019 national elections, and the recriminations amongst the losers have begun in earnest. The right faction of the Democratic Alliance (DA) is taking on a novel approach to finding blame for the hiding it got in the elections: the people are not good enough to vote for them. The truth is the opposite, of course.

There is no hiding place for the DA top brass, and there is no hiding the fact that the party took a big hiding in the elections just gone. This is especially true in the face of the African National Congress’s failures in the last 10 years. On more than one occasion, it was made clear to the ruling party that a popular, multi-class mobilisation against it was possible. The problematic president Jacob Zuma was finally ejected last year well ahead of the elections, and Cyril Ramaphosa was ascended in his place. It worked. The ANC lost, but it didn’t lose its grip in power.

The issue is very straightforward for the ANC. Ramaphosa is a man to rebuild on. The problem is far more acute for the DA. How did it lose support against an ANC with such a ruined reputation?

Well, according to the former Western Cape premier Helen Zille, it’s because of ‘black privilege’ – which she defined as “being able to loot a country and steal hundreds of billions and get re-elected” in a tweet which has once again landed her in hot water with her party structures. (Don’t hold your breath on this one. Zille can do whatever she likes, and she knows it. In a separate case against Patricia de Lille in 2018, the High Court found that the party’s disciplinary structure, set up after its congress in 2015, was improperly constituted. The implication is that the 2017 ruling which sanctioned her for her pro-colonialism tweets doesn’t have any standing either.)

The Bozzoli and Zille takes are essentially the same: there is a maleficent force, whether you define it as ‘black privilege’ or ‘African nationalism’ that is deceiving people and guiding them away from choosing the “right” choice, which is the DA… the fault lies with the people, in other words.

This is nonsense, of course. The chaotic, incompetent ANC is somehow both responsible for maliciously or otherwise bringing the country to its knees, and capable of bewitching millions of people to vote for it, and millions more not to vote for the DA. It’s magical thinking – ironically so for Bozzoli, who fits Christian mythologising into her critique of ‘African nationalism’.

As discussed earlier in this newsletter, the reality of the elections is that the ANC felt the disappointment of the people, who chose to express this by staying away from the polls altogether. Whatever the DA was selling wasn’t good enough, even in the face of the failed ANC.

It would be to the DA’s advantage to focus on the people who chose not to vote than to attack those who chose the ANC. This right wing narrative of a bewitched and beguiled black population is a dead-end.