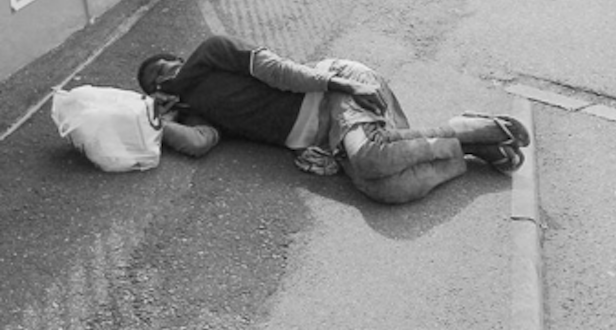 A wave of xenophobic violence has engulfed communities across KwaZulu-Natal in the past week, withÂ foreign-owned shops looted and foreign nationals driven out of informal settlements by mobs of angry locals. As the violence has spread, many people have asked whether we are headed for a situation similar to the xenophobic attacks of 2008 that left more than 60 peopleÂ dead.

Last week I met 24-year-old Abdul Rahim, a Malawian national who was chased out of the New Germany Road informal settlement days earlier. Abdul Rahim,Â who was sitting on aÂ plastic-wrapped suitcase outside the Sydenham police station,Â told meÂ that a mob of balaclava-clad individuals had rampaged through the area beating up foreign nationals and threatened them with death if they did not leave the country.

â€œI was cooking my meal and then I heard people screaming outside so I opened my door to look what was happening. I saw two of my friends on the ground getting hit by men who had their heads covered. One guy pushed my door and came inside, he had a pangaÂ and told me, â€˜Take your shit and leave my country!â€™â€ Abdul Rahim said that escaping poverty in his own country had led him to South Africa where, until now, he had co-existed peacefully with the locals and made many friends. HeÂ cannot understand why fellow Africans would behaveÂ this way towards him, he said.

â€œI came here to live peacefully and work. I have a nice job working cleaning gardens and I make some money to eat and live nicely, but these people took my money and my clothes and chased me away from my home I lived in for two years. I am African and South Africa is also my country, it is my home also,â€ he said.

When asked if any of his friends had come to his aid he said:Â â€œMy one friend, Moses, tried to help me, but they hit him on his head and he fell down. I just ran away because I was scared they would kill me. Ask your people if they know where South Africa is â€“ it is in Africa, so what is the need for this punishment?â€

Not far from where Abdul Rahim sat, lay a young woman namedÂ Mariel. MarielÂ told us that she came to Durban from Mpumalanga four years ago with her boyfriend, whoÂ died of Aids in 2011. Since then she has been living at the New Germany Road Informal settlement. But last week Mariel came under attack when trying to assist her Zimbabwean friend. â€œI was staying with my friend from Zimbabwe; she was nice to me. When we were attacked the men hit me and hit her. They told me that if I love the foreigners so much I must get hit like how they hit them and I must go live in their country also,â€ she said.

Local authorities in the province remain on high alert following renewed violence in volatile areas. The SAPS in KwaZulu-Natal has refused to release any details concerningÂ the relocation of foreign nationals from police stations, saying that this is for their own safety. Local sources, however, sayÂ many foreign nationals are being housed in school halls and mosquesÂ across the province.

Meanwhile, local governmentÂ has called for calm and warned that those found guilty of these violent attacks will faceÂ the law.

Muhammad Sheik is a journalist, radio producer and broadcaster from Durban. He is currently studying towards aÂ Masters in Public Policy. When his fast mouth isnâ€™t getting him into trouble, he is oftenÂ found off the beaten path exploring South Africa, its people and their amazing stories.