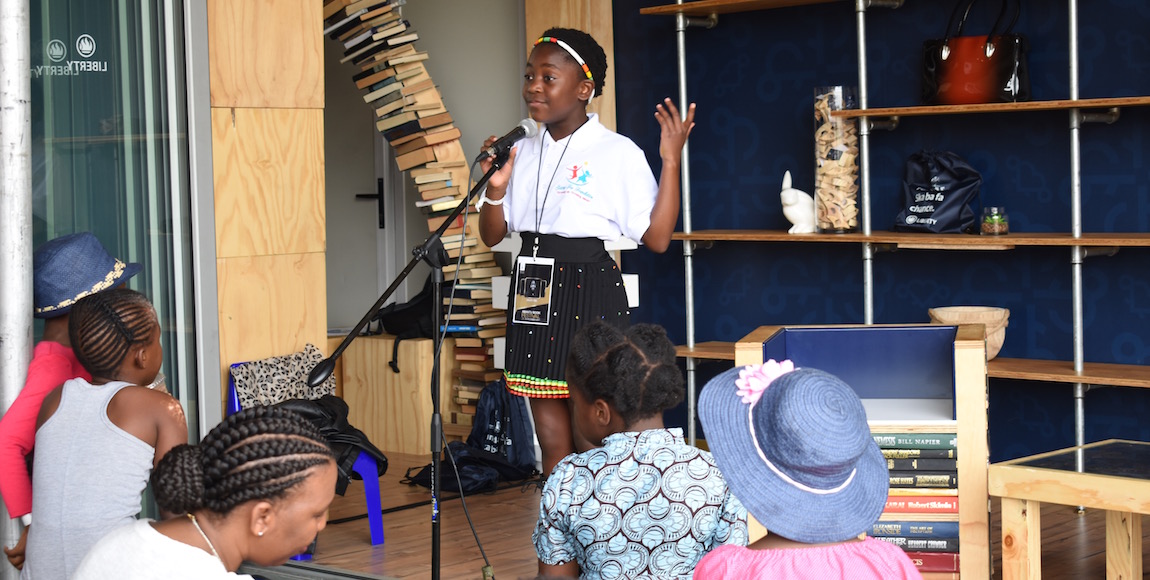 Itâ€™s the second year of the ground-breaking Abantu Book Festival, and it is bigger, better and even more relevant to the African context. The Daily Vox spoke to Abantu founder and celebrated author Thando Mgqolozana on the success of Abantu and why this year it was especially important that the festival focuses on children reading.

The consciousness and desire for literature is there, we are just catalysts. The buzz and excitement for Abantu is vibrant this year. To be honest with you Iâ€™m not sure Iâ€™m entirely responsible for this â€“ I think Iâ€™m just a catalyst. We as black people have been ready, and waiting, for an event like Abantu to arise. We may plan and facilitate, but something like this is as a result of the wave of consciousness we see spreading nationwide. I mean we know this from #RhodesMustFall. So this is the kind of feeling I have about Abantu Book Festival â€“ that people feel it belongs to them, and theyâ€™re making it happen themselves, which is so exciting.

Right now theyâ€™re packing books that every child will take home. So basically every child thatâ€™s here is going to go home with a book in their mother-tongue. This is why weâ€™re doing Abantu in the first place: I would like to see a situation where black children go to libraries and find books that resonate with them. Youâ€™ve got all these beautiful libraries that have been put up over the years, but they donâ€™t have the literature that speaks to people. There is no emotional or intellectual engagement with the libraries â€“ because why should people be interested in books which donâ€™t speak to them?

I honestly believe that when you have relevant literature, you donâ€™t need to motivate people to read. So the kind of intervention Iâ€™m trying to make is to say that, let the children have access to books in their mother-tongues. Weâ€™ve gotten Liberty to buy several different titles of Sindiwe Magonaâ€™s fairytales, which we have available in numerous African languages, for them to take home. So instead of relying on their parents or their schools, they can just come to Abantu Book Festival. And Iâ€™m hoping to continue this, and increase the titles available, as the years go on.

The Abantu Book Festival is on from 7-10 December 2017 at the Eyethu Lifestyle Centre and Soweto Theatre. Check out the programme here.