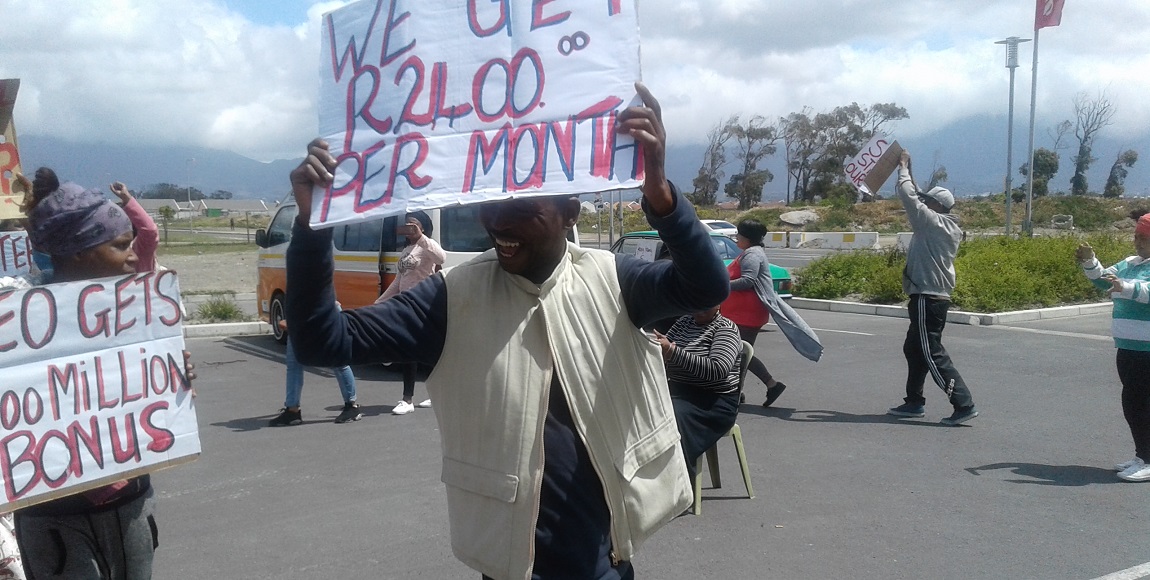 The Shoprite 8 are still fighting for the charges against them to be dropped. They appeared at the Wynberg Magistrate’s Court for the second time on Friday, October 20. Their case was postponed again, to November 10.

The Shoprite 8 are the eight women who worked as cashiers at Shoprite in Pelican Park. They were arrested for allegedly accepting tips and charged with theft in August. The women were then fired after disciplinary proceedings by Shoprite. They are now on trial.

â€œThe state is alleging that the accused stole money belonging to Shoprite,â€ Michael Jennings, the attorney representing the eight told The Daily Vox. â€œOur clients deny this, and say that the money which is the subject of the dispute was/is tips from customers.â€

Stephen Harrison, a candidate attorney also representing the eight, told The Daily Vox that the women have been accused of taking tips ranging from R20 to R200. â€œOur position is that the monies were provided as tips from customers, [the eight women] were simply taking what was rightfully theirs,â€ he said.

The court appearance on Friday enabled the attorneys to report to court on instructions from the Shoprite 8. The case has been postponed to enable the state prosecutor to produce a video which they intend to use in court.

Mario Segal, the founder of SEESworld, a non-profit group that advocates for workers, communities and small businesses told The Daily Vox prosecutors are â€œaggressiveâ€ in not wanting to drop the charges.

SEESworld, along with Workers International Vanguard League, the Housing Assembly, and Workers World Media Productions, is supporting the eight.

Segal also said the recurring court appearances are taking a toll on the women. He said some are struggling to put food on the table because money is tight now that they are unemployed.

Most of the women are breadwinners in their families and one is pregnant.

Previously, the women were earning around R2 400 a month. They are unable to collect money from the Unemployment Insurance Fund because of their pending criminal case. Earlier this month, a crowdfunder was started to help support the women. It has raised less than R1 000 so far.

Segal said the outcome of the case stands to affect thousands of Shoprite employees who could be criminalised for accepting tips.