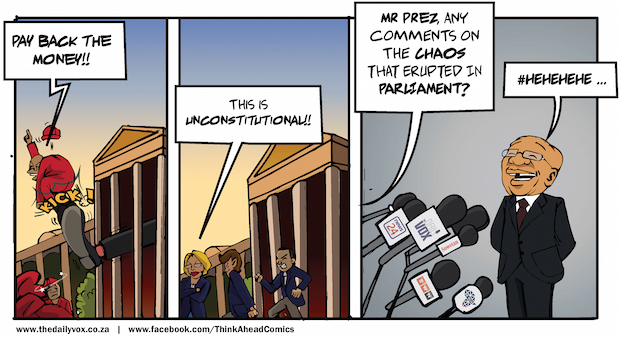 After a chaotic and disruptive start to the State of the Nation Address on Thursday night, involving attempts at media censorship, strong-arm tactics and a flaunting of the rules by the ruling party, all of which culminated in the forcible removal of the EFF from the National Assembly and a walkout by the DA, the chief justice, and UDM leader Bantu Holomisa, President Jacob Zuma chuckled to himself, pushed back his glasses and carried on as if nothing had happened. It was a chilling evening indeed for South Africa.