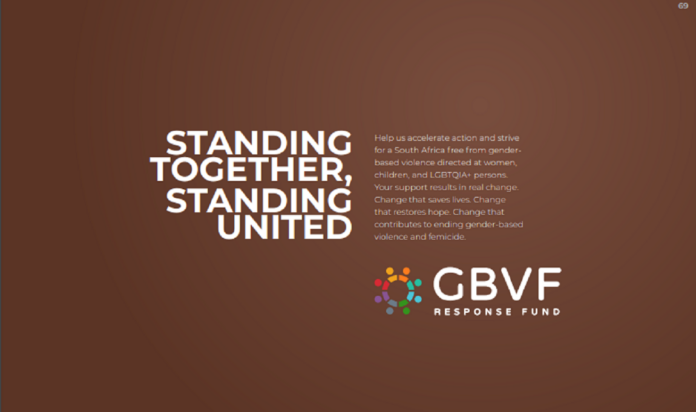 In February 2021, the president Cyril Ramaphosa announced the launch of the Gender-Based Violence and Femicide (GBVF) Response Fund 1. Now the annual report for the first year of the fund has been released. The Daily Vox takes a closer look at the report and the fund.

What is the fund?

The fund was announced by the president on February 4 2021. The fund is a private-sector led, multi-sectoral fund that will support the implementation of the National Strategic Plan (NSP). It is part of the plan for South Africa’s roadmap to ending gender-based violence and femicide. Ramaphosa said: “We appreciate the resources businesses and philanthropies who are committed to social transformation have been able to contribute. This commitment comes at a  time of great economic difficulty which itself contributes to the hardship and vulnerability affecting women. It is an important contribution to improving the lives of women and girls in our society.”

The fund emerged from the demands that came out of the Total Shutdown movement in 2018. The movement was made up of thousands of women and queer people who marched to the Union Buildings and around the country demanding action on GBV. In November 2018, the presidential summit on GBVF was held and from the summit a pledge was made to establish the National Strategic Plan (NSP) on GBVF. The NSP was launched on April 30 2020.

The fund is meant to allocate funds to programmes based on the NSP’s six pillars. The six pillars are

What does the report say

The report looks at the fund from the period of January 28 2021 – February 28 2022. It was released in July 2022. The fund was intended as an “interim vehicle to catalyse a coordinated response and accelerate action to address gender-based violence and femicide until theCouncil on GBVF is established”.

According to the report, one of the main functions of the fund is to help with funding of community-based organisations and non-governmental organisations through private sector contributions. Alongside that, the fund has worked on the GBVF dashboard; tackling the DNA challenge; working with Sanlam to raise GBVF awareness and social cohesion, and working with Life Health Group to strengthen the Thuthuzela Care Centres.

Some of the biggest donors to the fund from the past year include ABSA, the British government, the Solidarity Fund and Ford Foundation amongst others.

Using research and consultations, the fund identified “critical gaps” within the current response to gender-based violence. Thereafter for the past year, they have reportedly been working to implement the strategy that was developed. The fund developed a theory of change to help carry out its functions. This is in order to strengthen the overall response.

The report outlines some of the achievements of the fund from the past year. These include resourcing the community response to gender-based violence and femicide and developing a GBVF dashboard. The purpose of the dashboard is to centralise reliable GBVF data and offer additional information and context.

The report also outlines the fund’s key focus areas for its second year. These are fundraising, grant-making programme monitoring and evaluation and working on the DNA backlog project. Other projects include digital/technical prevention solutions for GBVF and expanding the footprint of Thuthuzela Care Centres (TCCs).