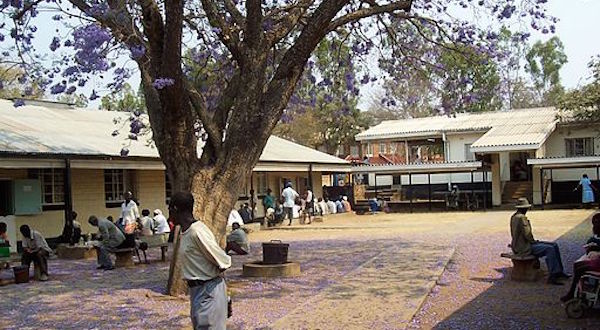 Bulawayo, Zimbabwe – A relative of a woman I know died recently. We’re not too close, but weâ€™re close enough for me to know that Sezani Siziba lost her uncle after failing to receive medical attention at Mpilo Hospital, Zimbabwe’s third largest health centre. He was in a critical stage of pneumonia and because hardly any doctors attended the wards during the ongoing strike by 400 physicians demanding a raise from the junior doctor’s minimum of $283/month (about R3200 a month). If he could afford private care, MaSiziba’s uncle might have lived but on the day he died, just two doctors had been left on emergency shift at Mpilo while the rest of the senior and junior staff went home.

In many urban hospitals, the situation has been the same. By the second week of the strike, queues in the casualty and outpatient departments thinned out in some major hospitals. Patients were sent back home because senior doctors were only attending to emergency cases. The reserve force of army and police doctors drafted in by hospitals has done little to alleviate the situation and medics have struggled to cope with the load.

I visited the casualty unit of United Bulawayo Hospital (UBH), the countryâ€™s second largest hospital, over a few days during that strike. A couple of physicians were in attendance in the emergency rooms, but there were hardly any in the wards or in theatre. Scheduled operations have been postponed indefinitely.

Even under normal circumstances, long-term patients in understaffed and over-populated wards sometimes go for weeks without seeing a doctor, and in packed emergency rooms patients can wait at least an hour before being attended to. During the strike, people have been forced to wait much longer for the swamped medics.

Between sighs of pain and impatience, two patients waiting at UBH casualty muttered about how selfish the striking doctors were and how they should get back to work because “people are dying”. Even the chatty security guard at the outpatients department chimed in, chastising the unit’s senior doctors for being on a go-slow and consulting for two hours in the morning before going back home. They were “wrong to strike” she said, reasoning that their seniority meant they should not do “immature” things like staying away from work.

Two days later I weaved past a verandah full of patients and met my younger cousin who’d been turned away from the Opportunistic Infections Unit because there were no doctors on site and some of the anti-retroviral drugs she needed were not in stock. She didn’t mind at the time, but a week later, the nurses said there was still nothing in supply and no doctors.

At a minimum of $282/month it’s not hard to see why the doctors have held their ground and resisted government calls to return to work, but the human casualties of industrial action will inevitably haunt any gains that Zimbabwe’s underpaid striking medics may make.

The doctorsâ€™ stayaway is a grim reflection of the government’s dangerous indifference to a national health crisis and the poor salaries of civil servants. Throughout the year the doctors have tried to lobby government, in and out of court, but the Health Services Board and the Ministry of Health have declined requests for salary and housing allowance reviews.

During strike negotiations the ministry has driven a hard bargain and urged the doctors to return to work. Making little headway with this week’s negotiations, the doctors have now appealed to President Robert Mugabe to hear their matter.

That 400 doctors have to petition the president in their struggle to earn above the national poverty line of $511 is a sign of desperation. It is also a sign that government needs to take the doctor’s plight far more seriously. Beyond money however, the real cost of the doctors industrial action has a human price tag the country cannot afford.