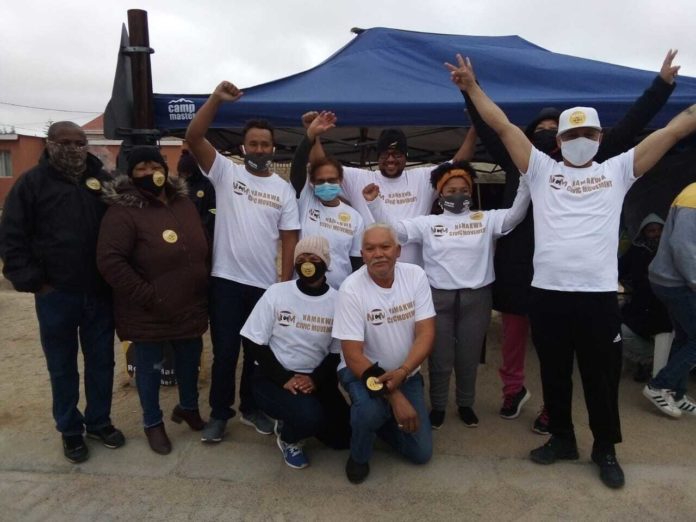 In the Northern Cape’s Nama Khoi Local Municipality, the Namakwa Civic Movement (NCM) received 20.84% (6519 votes) of the vote. Even though the party didn’t win, they are pleased with the results. Overall, in the Northern Cape, the NCM received eight seats and 1.55% support.

As the results stand in NC062 – NAMA KHOI, the African National Congress (ANC) has 42.01% and the Democratic Alliance (DA) has 30.07%. The NCM has four seats on the municipal council. In 2016, the ANC and the Khoisan Revolution formed a coalition to govern the municipality.

In the Khai-ma local municipality, in the Namakwa District, the ANC received 50.55% votes in its favour and six seats. The NCM received 19.62% votes against its name and two representatives on the council. They are the official opposition in the municipality.

Durin the leadup to the elections, The Daily Vox team spoke to the movement which formed in February 2021. The NCM secretary, Richie Cloete, said “People look at us in terms of 2% of the country’s budget.  That’s how you get conditioned to always get the least. The Northern Cape is the biggest province in SA and completely ignored.”

The municipality has many issues. These include gravel roads, no town planning and no development. Cloete told The Daily Vox that poor governance is the order of the day. The NCM were calling for better education, psycho-social support, arts and culture and recreation facilities for the community.

“I believe people can govern themselves, when they stand up and believe in their abilities. We stand for Namakwaland. We need to preserve the identity of the people of Namakwaland,” Cloete said.

Speaking to The Daily Vox after the elections, Cloete said their first priority would be to bring stability to the destabilised municipality and district. Cloete said the current status quo has left it in the “red”. The NCM wants to lead with good governance and to take responsibility from the beginning.

“It is not easy to say where exactly we are going to start until we get there. But we will scrutinise everything and start putting plans of action in place,” said Cloete.

Cloete said the NCM will consider coalitions as the NCM is in third place behind the big parties.

“I do think it is healthy to form coalitions. There is room to team up with an established and older party to knock the ANC out,” he said. Cloete said nothing will be considered without consulting voter opinions.

“We are in a position of power and would want to get their opinions first before considering coalitions,” said Cloete.

Cloete said people still voted with their heart and sentiment for the ANC. However, as a seven-month old party he said they did exceptionally well. They were belittled as the “baby party”, he said. The NCM wants to lead with integrity and believe they are more than capable of doing the work. Cloete said they may be young but have expertise in their various fields as leaders. They thanked their voters yesterday in the Springbok areas of Matjieskloof and Bergsig.

The election was about gaining momentum for the NCM. “We wanted to make them believe in a better future again. We believe we will fulfill that promise. The NCM is here to stay. Our motto is to put people first,” Cloete said.