Home As Told to The Real Price Of A Degree: The Untold Story Of Financially Excluded...
WhatsApp
Facebook
Twitter
Email
Print 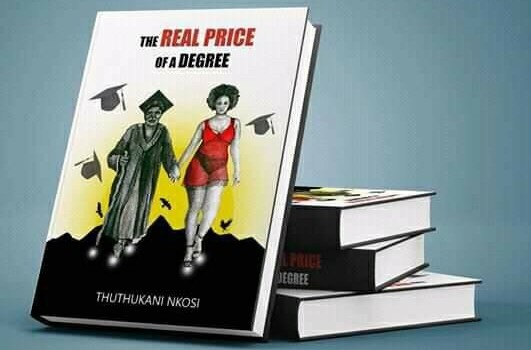 Author and masters candidate at the University of KwaZulu-Natal Thuthukani Nkosi will be publishing his book The Real Price of a Degree, a thriller which unpacks the injustices faced by students during the Fees Must Fall era back in 2016, including financial exclusions which caused students to fall victim to drug smuggling, prostitution and human trafficking. Nkosi, who also was once financially excluded, shared his story with the Daily Vox.

I was born in Piet Retief, Mpumalanga and moved to Durban in 2013 to study at the University of KwaZulu-Natal, and graduated in 2016 with a bachelor of social science degree.

Unfortunately, I haven’t been able to find a job since then, not even an internship. When I graduated I couldn’t be awarded my certificate due to outstanding fees from the previous years.

During first year, I was funded by NSFAS but couldn’t get funding in the following year. I relied on my sister, who was able to spare R300 from her salary from the salon she worked at in a township. She wasn’t earning much and both our parents have passed away.

After completing my degree I started tutoring, which earned me money to pay off the debt in installments. That’s how I was able to enrol for my honours degree, which is also still withheld due to outstanding fees.

In June 2017, I started writing a book and it was my hardest time ever. What inspired me to write the book was students’ experiences that never get to be told. Students who can’t obtain their qualifications because they were not funded, those who get financially excluded and finally students who get themselves in trouble and work for criminal syndicates trying to pay tuition.

The story begins by putting into perspective the background of the students. Students from rural areas and the rich students from the city. It highlights how poverty is black and wealth is white. Then comes the issue of funding which is needed by the poor or rather the blacks. When they protest for inclusion,  whites think they are wasting valuable time and they don’t want to learn. But what they do not know is that some of these students hardly even have something to eat, they sleep in libraries and toilets.

Then comes exclusion where only blacks are excluded. The state spends millions on intelligence (burning libraries) trying to portray lunatics who are being used for regime change. The higher education minister Blade Nzimande even said students must fall.

Right now he is not brought back because he is the best man, he is only brought back as means to dish out patronage servicing the tripartite alliance relationship.

The book includes stories of female students who befell victims of prostitution due to desperation and never completed their degrees, those who completed them, never received the certificates due to outstanding fees.

Editor’s note: The interview was edited for brevity and clarity.