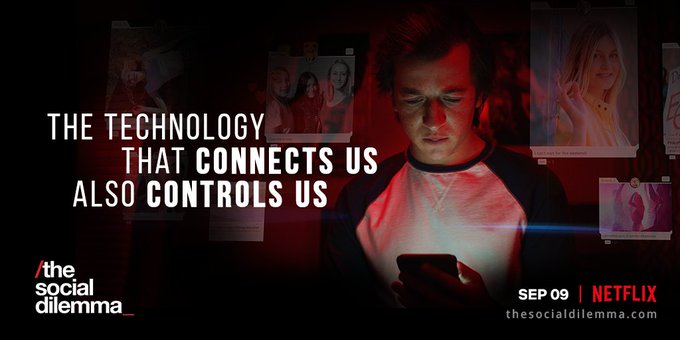 The Social Dilemma is a Netflix documentary-drama hybrid that shows how dominant and largely unregulated social media companies manipulate users by harvesting personal data, while using algorithms to push information and ads that can lead to social media addiction, dangerous anti-social behaviour and hate crime. By Kelly Mutizira

An algorithm is a sequence of instructions telling a computer what to do. Whether you are aware of it or not, algorithms are becoming a pervasive part of our lives.

Everything people see and do on the internet is a product of algorithms. The internet runs on algorithms and all online searching is accomplished through them. Recipes are algorithms, as are math equations. Smartphone apps are nothing but algorithms. GPS mapping systems get people from point A to point B via algorithms. The material people see on social media is brought to them by algorithms. Algorithms help devices respond to voice commands, recognise faces, sort photos and build and drive cars. Hacking, cyberattacks and cryptographic code breaking exploit algorithms.

Harvard University professor Shoshana Zuboff, who features in the documentary, said: “These corporations are hiring the smartest engineers, social psychologists, behavioural economists and artists to hold our attention, while interspersing adverts between our videos, photos and status updates. They make money by offering a future that their advertisers will sell you.”

Social media platforms are designed to seek and hold our attention. They are businesses, intent on making money and we are the product.

So what is the social dilemma and how do algorithms lead to hate crime in South Africa?

South Africa has a fatal history of violence against foreign nationals, particularly other Africans.

Analysts from the Centre for Analytics and Behavioural Change (CABC) at the University of Cape Town’s Graduate School of Business (UCT GSB) have found that there is a coordinated attempt to manipulate conversations with a xenophobic tone on South African social media platforms.

A South African Twitter account called @uLerato_pillay is an organised project used to drive xenophobic hashtags and inciting statements. The account was linked to a former member of the South African National Defence Force (SANDF). The uLerato Pillay account has spread hashtags such as #PutSouthAfricansFirst, #ForeignersVacateOurJobs, #OpenRefugeeCamps and #InfluxOfImmigrantsMustStop. The account has defended its crude xenophobic messages as an expression of patriotism.

Algorithms promote content that sparks outrage, hate, and amplifies biases within the data that we feed them. We should not kid ourselves that online hate will stay online. Several incidents have shown that when online hate goes offline, it can be deadly.

The Social Dilemma is not just about social media and algorithms, it touches on the psychology behind it and how we are driven by it. The algorithm is not designed for the user, it is designed for the aims and goals of the provider.

The documentary-drama also reminds the viewer that social media has a more subtle and powerful influence on our lives – shaping our social and political realities.

So, what do we do? Social media is deeply intertwined with our daily lives, and we cannot deny that it has some value. We should develop a greater awareness of the aims of these companies and how they achieve them, while understanding how our data is being used. This will allow us to make some simple commitments that align our social media usage to our better values. If you want to help change how technology is designed, regulated and used, take action.