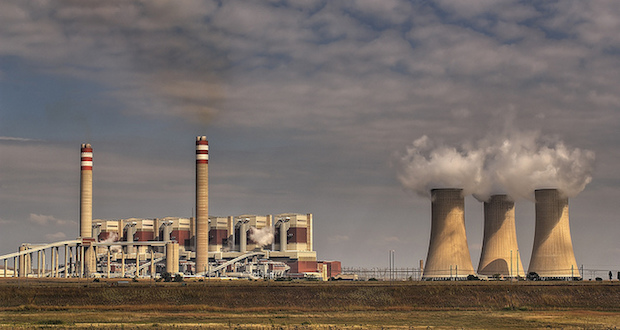 On Wednesday last week, Eskom slapped consumers on the back for a job well done on conserving electricity. But load shedding is by no means over â€“ South Africans must prepare for yet another year of candlelit woes. RAâ€™EESA PATHER rounds up everything you need to know about the stages of grief (aka load shedding) that are to come.

If thereâ€™s one thing the electricity crisis has inspired in Eskom, itâ€™s creativity. Once upon a time the power utility went so far as to blame the weather for load shedding, and they even put that down in an infographic. But, according to energy expert Chris Yelland, itâ€™s not the weather folks. â€œEskom says: oh the coal is wet, itâ€™s a hot day, itâ€™s a cold day, itâ€™s a rainy day. Itâ€™s always some reason, but the real reason is that Medupi and Kusile are running late and if you are 10 years late on 25% new capacity then you are always going to be late â€“ no matter what the weather is,â€ Yelland told The Daily Vox.

The Medupi and Kusile power stations could have been generating 25% more electricity for South Africa but neither of them is yet on stream.

Yelland says that government spent five years deciding on its energy policy and Eskom delayed the process by five years more when it failed to bring the power stations online in time and with in budget. Oops.

And so we are now, South Africa, in a time of load shedding. When the power holders run late, the nation must band together and mourn our electrical loss in these, our three stages of grief.

Stage 1 load shedding means that Eskom needs to shed 1,000MW to maintain the national power grid. Eskomâ€™s media desk told The Daily Vox that 400 MW could power a city the size of Bloemfontein. Yes, we are talking about shedding the power equivalent of two-and-a-half Bloemfonteins! And thatâ€™s just stage one.

Luckily for Bloemfontein, load shedding rotates, with different areas of different cities being hit at different times. In stage one, you can find yourself in darkness for up to two hours â€“ which doesnâ€™t seem like very long until your cellphone battery dies.

This is where the grief gets a little bit more intense. Stage 2 load shedding means you could be curled into a ball with no internet and no cellphone for up to four hours in one day.

It means that your neighbourhood could be hit with darkness twice in one day. If you find yourself screeching â€œWhy me, Eskom?!â€, donâ€™t worry â€“ we wonâ€™t judge. We might even join you.

â€œStage three load shedding is actually quite drastic. It means that Eskom is literally switching off 10% of South Africaâ€™s electrical load,â€ Yelland says.

At this point Eskom is short on 4,000MW of electricity. Itâ€™s serious stuff and itâ€™s currently the power utilityâ€™s last hope. Sadly, for South Africans, a day spent in Stage 3 isâ€¦ Well, letâ€™s not even go there. Itâ€™ll be a good day to get some sleep, catch up on some (daytime) reading, break out the braai, and have a candlelit dinner.

And if Stage 3 doesnâ€™t work?