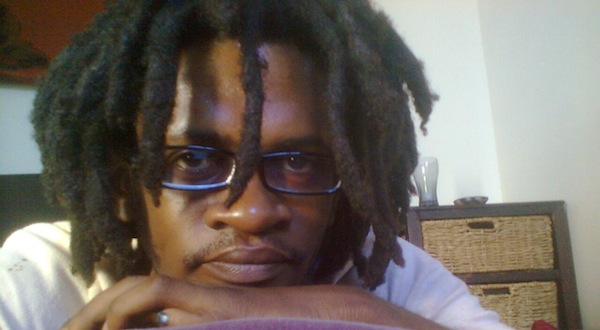 Today in the Weekly Dissident, guest writer KHAYA MASEKO reflects on the miserable life of the wretched of Mzansi.

This writer is in Dunoon again. Against all better judgements to write tactfully and in a linear manner, my mind is swimming in multiple streams. Things I have thought and seen after almost a week back here.

Iâ€™m sitting inside a watering hole called Four Ways. It is not nearly as high-end as Johannesburgâ€™s Fourways Mall. It is a place for buying a quart of whatever it is you prefer and drinking as many as you can handle. It is oddly empty. On my previous visit here, December 2013, I could neither struggle nor breathe in the throng that filled the place to the brim. Bottles overloaded tables like an Izzet Magic spell. Yet today, I drink solo.

As I stepped out of the shack that has been hosting me for the week, I saw kids playing cops and robbers, a classic game in any community. One kid had a stick (which we know represents what) pressed up on another childâ€™s back, driving him to the â€œpolice stationâ€ at the corner of our cul-de-sac.

â€œDonâ€™t shoot me there,â€ says the criminal. â€œShoot me here.â€ He directs him to where heâ€™d rather prefer the wound.

My blood curdled, my skin goose-fleshed. How entrenched and memetic this game is. Iâ€™ve mentioned before that Dunoon does not have its own police station. Yet the psyche of being policed and policing violence, brutality and injustice is already entrenched in five-year-olds playing in the street.

There is no such a concept as a yard, in Dunoon. The little space there is around the houses cannot even grow things. Things arenâ€™t grown there. The few places Iâ€™ve seen with growth use roof gardens. The Milnerton police sometimes drive through here. They barely make an impact, though. But most of us are quite aware of the failures of police in our ghettos and townships.

These kids need other games to play, but the English teachers here arenâ€™t even close to understanding what I have been telling them. Games are key to nurturing and facilitating idea growth. It seems the employees of the department of education donâ€™t understand the power of play as work. There is a way into the minds of the impressionable young. The impressions already made, will need redirection or re-impression, depending on usefulness. Paradigm shifts come from paradigm creation. And we can make fresher, refreshing ways of interacting and acting on each other.

Speaking of impressions, I saw footage of Cyril Ramaphosa here in Dunoon. According to a reliable source (the filmmaker) he spent R200 buying three chops of street-side barbecue and continued his walk in the not-so-affluent township of Dunoon.

This show of pomp and wealth disgusts me, for the same street he walked now has two burst sewer pipes. They spew their contents not even 2m from the local butchery. In fact, to enter the butchery, one would have to creatively and athletically navigate this viscous boundary of waste. The cars that drive by the restrictively narrow streets tyre-spray sewerage water on civilians. I had to dodge spray continuously as the burst drain pipe was a fountain of cess and filth. Those less ninja than I took pungent punishment. My condolences to their Versace, I also heard that President Jacob Zuma had recently been on a township tour, and Dunoon had been one of his stops.

The feeling here is that the African National Congress and the Democratic Alliance, who hold the most influence in Cape Town, do not influence or impact the growth for a good quality of life. It reminds me of the tactics used in Palestine. One keeps a place just above survivable parameters, just above the humanitarian crisis bar. Life is being purposefully restricted while other places outside of the neglected territory get the best resources. This is fuel for dissatisfaction. A rioting mob is easily manufactured under such conditions. For their ends, it will likely be the state that influences such a crisis.

The Langa evictions of recent years hang as a spectre over such a place. Dunoon survives only because the populous is the workforce for the industry surrounding this area. Chevron is here, not even 4km away. So are the many shipping and storage companies that move resources nationwide. When Sanral wants this place, they will act, with the same apparent impunity that motivated them in Langa. We, the people, must act before they do.

I assume a population of about 10,000 lives here. They are already trying their survivalist best. But under bestial conditions, what can be done? Tools are short. Internet is too expensive. That needs tending to. Service delivery is all but null. Most electrical power is stolen and legal electrical power is shared. If I turn on the stove and kettle simultaneously, Iâ€™m asking for a power cut. Telecommunications is shot. The message is clear: you can stay here, but you donâ€™t have to be comfy.

Where is the Economic Freedom Fighterâ€™s radical land-reclamation ethos? How can people live on land that they donâ€™t even believe belongs to them? The people here live from hand to mouth. Personal computers are in short supply. â€œOurâ€ governmentâ€™s ICT department does not proliferate computer technologies, at least not here. They may need construction workers, waiters, shop clerks and bus boys, but theyâ€™re not manufacturing programmers and people with transcendent skills.

Meanwhile, 10km from here, I was busy playing an expensive trading card game with 12-year-olds. They are not playing cops and robbers. They are too busy casting spells that require tact, lateral thinking and strategy. You best believe I was the only black at the table. This is another motivation for me. I must teach. The qualities of self-betterment must be entrenched and proliferated, virally so. A new universe must be created where ANC and DA policy games die.

The political arena is all but closed to the public until itâ€™s time to vote, which is silly. But thatâ€™s exactly how the powers that be want it. This writer is not here to die in Dunoon. We are here for life-injection. More than 20 years of ANC rule and yet all the policies of separation, racial group areas and poverty sustenance are still here, entrenched to the fullness of the definition. The country has the resources, yet will not use them. Weâ€™d rather let the Chinese build our centres of shopping and build our roads, which of course arenâ€™t ours then.

Profit-motive and GDP stats are whatâ€™s more important. Surplus capital is kept from this place. The town of Dunoon has a surplus in nothing constructive. The surplus capital generated by the Western Cape province does not come here â€“ surplus is not for the working poor. They do not use such a word.

So this writer sees a place for the Bureau of Sabotage to ply its trade. If failure to deliver continues, things may just get uglier than they are, and for more than the poor people involved already.

This, of course, is not the present or future we want. As a reader of the Chaotic Front and my writings, you would know that the ends of my means are about ascendancy and transcendence, the right for all beings in a society to float above their level, to have the chance to be better than any previous incarnation of themselves, to be better than circumstances.

I am in Dunoon, and Dunoon is in me.