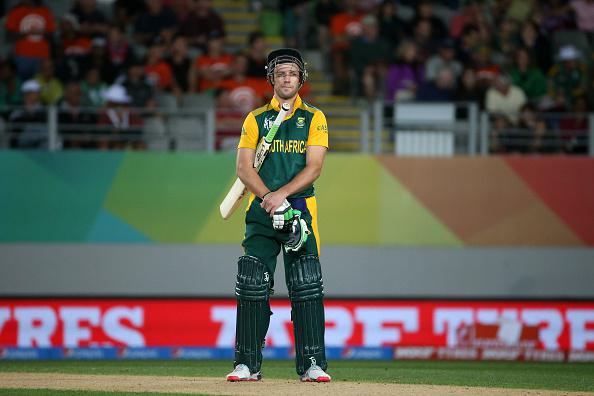 It was an incredible game of cricket. Our boys performed majestically in the field to restrict Pakistan to 222. But an inspired bowling performance from Pakistanâ€™s seamers, topped by woeful batting on our part and, needless to say, we suffered a shocking defeat. Of course, weâ€™re gutted. And weâ€™re disappointed. But there are reasons we lost, and why we might do so again. Hereâ€™s three.

The balance of the team is off. Quinton de Kock is a nice-looking lad, and great behind the stumps, but his batting at this tourney has turned Faf into a opening bat and added only more pressure on Hashim Amla. Why not just open with Faf and put de Kock down the order so he can have some fun in the middle or later overs? We canâ€™t keep on throwing the lad into the fire if heâ€™s putting the team under pressure. As it stands, we are relying on Amla and AB to make runs every time. Not cool. Not fair.

Surely, #SA have to drop de Kock now. His confidence must be too low for zero. #PakVsSA

We arenâ€™t the biggest fans of Harsha Bhogle, and we arenâ€™t entirely sure what he is saying, but he might be on the right track here.

Look, we have to give credit where creditâ€™s due. Pakistan needed this win. The World Cup needed this game. And after collapsing, Pakistani captain Misbah ul-Haq was rewarded for aggressive fields. His bowlers turned on the heat, induced the mistakes and the Proteas were unable to adapt, focus and counter the shifting momentum. This trait of being unable to adapt is an old habit for the men in green (our green) and that predictable unpredictability has always been the strength of the boys in the other green. Salute to Pakistan.

Now, now, that is not the way to talk about one of the most talented batsmen in the team, if not the planet. But as our resident number six/seven, Duminy should have seen this game through to the final stages with AB. This was his opportunity to shine, and show his mettle. But he gave it away, as he did against India. This ended the game and our chances.

As our last specialist batsman on the list, JP is meant to be our finisher. Take MS Dhoni, for example, who bats at six for India, or Michael Hussey or Michael Bevan of yesteryear. We need JP to man up and build on a good start, or bat with the tail if need be. Amla, AB and Dale Steyn are our obvious stars, but Duminy will be the difference between winning and losing at this World Cup.Â JP made runs against Zimbabwe, but he needs to tell us if he plans on making any more.

Australia and New Zealand would have watched this game with much interest. Tight bowling and this South African unit will implode. Target the batters around Amla and AB and you have a game (because they donâ€™t seem to have a stomach for a fight).

Or do they? Thoughts?