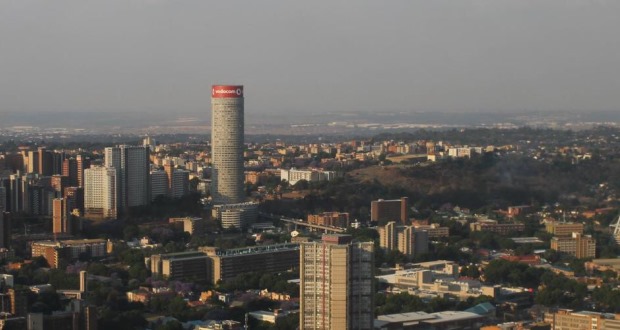 TUMELO KOMAPE, better known in the Twittersphere as TK is one of the faces behind the City of Joburgâ€™s Twitter account. He told Mbali Zwane how he manages to keep his sense of humour while responding to an entire cityâ€™s complaints and service delivery frustrations. Tumelo Komape (30) has garnered a following online for his light touch in responding to often tetchy service complaints from residents of the City of Joburg (COJ). Originally from Limpopo, Komape is a communications graduate from theÂ University of the Western Cape and a jazz enthusiast. HeÂ laterÂ moved to Johannesburg and joined the COJ as the organisationâ€™s webmaster. HeÂ is currently the city’sÂ digital communications manager.

Q: Is there a difference in personalities between Tumelo Komape and TK?
A:Â Not really. The only difference might be that TK thinks through what he’s going to say, and tries to phrase it in a diplomatic way, whereas Tumelo just shoots. I have to be professional at all times so Iâ€™ll type a tweet, edit and rephrase it three times before sending it. Other than that, we both enjoy humour.

Q: How do you keep your sense of humour from burning out?
A: I donâ€™t think it can burn out because people, customers, are my source of fun. Theyâ€™re different so my humour is always evolving. I donâ€™t work from a script so I constantly have to apply my mind and adjust my personality or level of humour according to the different customers.

Q: Have you gotten into trouble for the tweets or interaction with customers?
A:Â No, I donâ€™t think I can get in trouble because I craft the tweets carefully. Although some tweets [that we receive] are offensive and provocative, I remain calm and don’t take it personally because theyâ€™re mad at the brand and not me. Customers vary so my approach and response will always be equal to the customer. Sometimes I have to apply my human approach before using the business process to assist customers.

Q: Does humour help you deal with customers?
A: Yes. Our environment is very stressful so we always try to approach things from a lighthearted point of view. Iâ€™m not a robot and I want residents to be aware that itâ€™s a human being behind the account. I donâ€™t work from a script. Iâ€™m here to assist customers, and I do that with a human element.

Just followed @CityofJoburgZA and I aint even in JHB because TKâ¤

Q: What is the strategy behind the Cityâ€™s social media? A: When I took over the Twitter account, we had less than 3,000 followers. Now weâ€™re sitting at more than 167,000 followers. This is because we increased our engagement and interaction with residents instead of pushing notifications and broadcast messages. Our interaction rate was 11%, and 89% was outgoing messages and notifications. Flipping this around has been fruitful. This strategy demands time so you can imagine, we work as though we donâ€™t have lives and families. Itâ€™s not a 9 to 5 job.

Q: How efficient is the City in resolving queries? A: I log the issue on the system as soon as a customer reports it. I deal with about 700 to 1,000 queries daily and our entities have a certain turnaround time to respond to the query or complaint. The follow-up process is quick, although the organisation is still catching up. Social media requires us to be faster than before so weâ€™re currently discussing ways to improve our turnaround time.

Q: How has social media assisted the city in improving services?
A: Social media is able to expose things that wouldnâ€™t have been exposed had it not been for it. Residents tweet us pictures of people sleeping on the job or burst water pipes and weâ€™re able to send these to depots immediately and hold them accountable for any faults not attended to. It keeps us in check, so weâ€™re constantly in the loop about anything negative and we try to attend to it ASAP.

Q: What is the role of social media in good governance?
A: It is everything. Itâ€™s the biggest thing to happen in the digital era. It helps organisations be aware of anything and everything that has to do with their brand, whether positive or negative. People dread calling call centres to enquire or complain; social media has given them an alternative. Organisations are forced to provide quality service all the time because anything negative shared on social media, is a reputational risk for brands. Social media has changed business operations.

Why is TK running the City of Joburg account not the Mayor of Joburg? Parks must retire just for a week so we have TK as mayor??