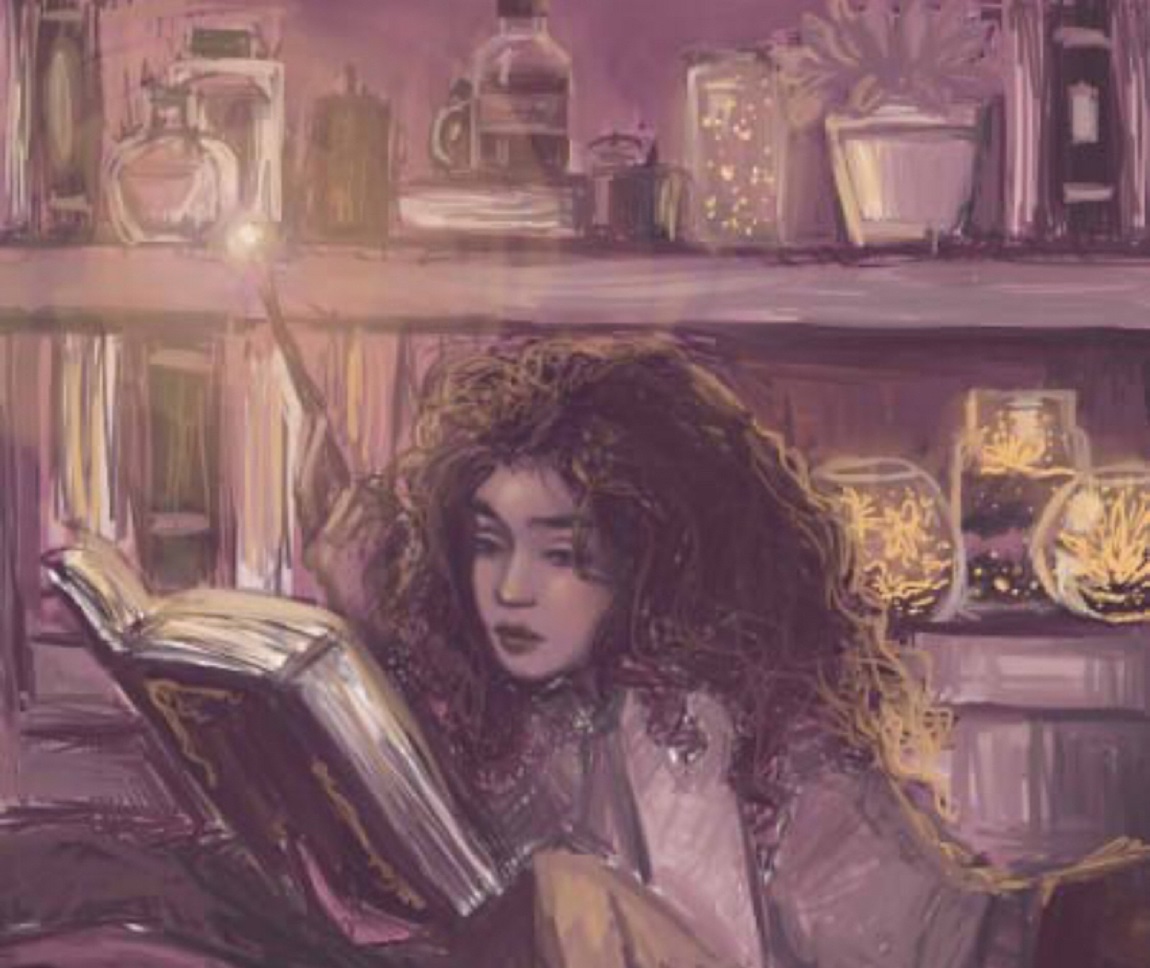 Most 90s kids grew up with the Harry Potter franchise. We inhaled the books, flocked to the cinemas to see the films and can tell you exactly which Hogwarts house we should have been sorted into. More than that, we grew up with the characters. And Hermione Granger was our favourite character. She was booksmart, curious, witty, kind, compassionate and redefined what it means to be badass. The fact that Hermione maintained perfect grades while saving the wizarding world is not celebrated enough. On 19 September which is Hermione’s birthday SHAAZIA EBRAHIM and FATIMA MOOSA write about why she is their perfect hero.

Hermione, Ron and Harry spent seven books battling evil and saving the world as we know it. Her character defied tropes, she wasn’t a sidekick or a mere romantic interest to one of the boys. She was a powerful part of the trio, a central character in her own right and a far superior hero to Harry Potter in our humble opinion. Instead of being defined by her beauty or desirability to men, Hermione was centered by her brains, compassion and morality.

Hailed as “the brightest witch of her age,” Hermione Granger was smart and worked harder than everyone else. She was the best at spells and always a couple of steps ahead of everyone else, because she was a reader. Hermione was, by far, smarter than Ron and Harry and used her wits to save their lives numerous times. Who could forget the most iconic moment of Harry Potter and the Philosopher’s Stone? We’re talking about when Professor Flitwick announced in Charms that he thought the first year class was ready to start making objects fly. Hermione corrected Ron saying, “It’s levi-O-sa, not levio-SA”. (We know you just read that in your best Hermione voice).

When we were kids, studying and getting good grades was just about the most uncool thing you could do. And what’s worse than a smart kid? A kid who reads. Hermione was a character that made being booksmart cool. Hermione brought all of the badassery into reading by sneaking into the restricted section to find out how to brew a Polyjuice Potion or to look for information about Horcruxes.

Not only was she brilliant, she wasn’t afraid to show it. She knew the answer to every question asked in class. When we were growing up, volunteering your knowledge wasn’t something you just did. Hermione appealed to the nerdy, hardworking, booksmart in us as little girls. Those qualities were rewarded and valued in a world that still largely determines the worth of women and girls by their looks. As girls who were more invested in our academics than sports or looks, we felt represented by Hermione. Imagine a world where the smart girl saves the day and is celebrated for her accomplishments.

Despite being such a smart witch, Hermione also realised the importance of friendship and braveness. She herself said friendship and bravery are more important than cleverness and books. She didn’t allow her intelligence to go to her head even though she had every right to. Even while dealing with her own problems, Hermione was always there for her friends. Hers and Ginny’s friendship was so refreshing (although we would have loved to see much more of it). Generally, her loyalty to all her friends was a thing of admiration.

Can we all agree that 2017 was the year J.K. Rowling was cancelled?

Another of her many great traits is her kindness and compassion. Hermione believed that all creatures should be treated with dignity and respect. In Harry Potter and the Goblet of Fire, created the Society for the Promotion of Elvish Welfare (S.P.E.W) after she witnessed a house elf being poorly treated. S.P.E.Ws purpose was to give house elves equal rights. Perhaps, as a “mudblood” herself, Hermione understood what it felt like to be marginalised and that’s what drove her in her quest for equality and justice.

Usually a stickler for the rules, Hermione also knew when to bend them. How could we forget the way she started Dumbledore’s Army in an intellectual rage? She worked hard to convince Harry to lead an army after the new Defence Against Dark Arts teacher Dolores Umbridge tried to teach the class theory only. Even though Hermione was never afraid of book learning and hardly questioned teachers she stood up for the principle that lessons without practical spell-casting the were useless. She then managed the admin and recruitments with aplomb and because of it, Dumbledore’s Army was a success.

Usually, in books, women characters are portrayed as one of two tropes: the feminine princessy type or the hyper masculine warrior type. Hermione was neither and yet all of them at the same time. She could be the pretty girl who enjoyed dressing up and doing her makeup. Or she was the warrior striding bravely into battle alongside Harry and Ron. She managed to defy stereotypes yet she always showed that we shouldn’t care what the world tells us. She was however the hell she wanted to be and refused to be boxed by her friends, teachers or even enemies.

Another badass thing about Hermione was that she never let anyone push her around. She punched Draco Malfoy in the face in Harry Potter and the Prisoner of Azkaban. Heck, she took on the notorious Bellatrix Lestrange with the Death Eaters own wand in the Order of the Phoenix! We stan a witch who refuses to let bullies win!

Severus Snape Is Not The Hero You Think He Is

After the books were all released, there was a lot of chatter in the fandom about who Hermione should have ended up. J.K Rowling even said she thought that Hermione should have ended up with Harry. Now, as hardcore Romione shippers, we resent but that is besides the point. Hermione was someone who, as shown throughout the books, was not defined by anyone least of all a man. Even she started liking Ron and got jealous of his relationship with Lavender, it never stopped her from staying on mission to find out how to stop Voldemort. In the sixth book, Ron leaves because the dark magic of the Horcrux was affecting him too badly. Hermione obviously had deep feelings for him at this point but she stays still. She supports Harry and carries on with the plan.

She also knew the price of the ultimate sacrifice and paid it without a second thought. While the trio were all making plans to leave the safety of the Burrow and Hogwarts to pursue the Horcruxes in the final book, all of them made sacrifices. Harry broke up with Ginny. Ron spelled a gnome. But it was our favourite who made the heaviest sacrifice. She erased her parents memories just to keep them safe. Imagine the untold courage it must have taken to be able to do that. And in the end she doesn’t even make a big deal about it despite the fact that it is a big deal.

In the Cursed Child, the one part of canon which we refuse to accept, during one of the alternative timelines Hermione is shown as being a sad and lonely spinster without Ron. Somehow we don’t think that would happen. With or without a significant other in life, Hermione Granger would have flourished and made the world a better place.

Hermione Jean Granger might be a fictional character but to us she means a lot more. We dare any fan of the Harry Potter series to imagine any of the books where Ron and Harry would survive a dangerous situation without Hermione. So on this special day we want to say happy birthday to our favourite witch!