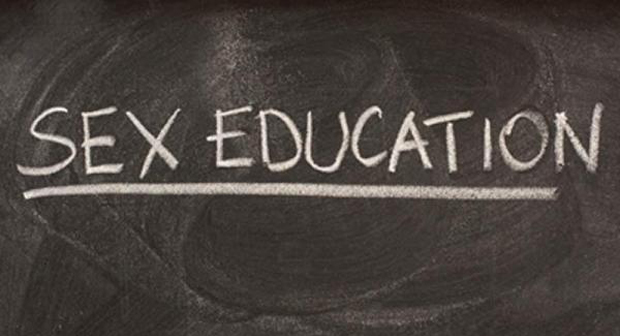 “It’s impossible for us to say, don’t get infected by HIV but we don’t talk about sex,” says youth HIV activist Saidy Brown. There is a deep reluctance to speak about sex with adolescents, especially young women, even as HIV prevalence in young women aged 15-24 is almost four times greater than men of that age.

Young women face a lot of challenges and they differ because we are all encompassing human beings. Women can’t go to school because they don’t have sanitary towels, maybe they’re raped, maybe they’re being sexually harassed. We, as a society, have this thing that if she was not raped then sexual assault is not really that valid. We, women, go through life trying to make people believe our stories, to make them believe our life experiences and that our feelings are valid. That is a challenge on it’s own. If a young person living with HIV comes to you and the first thing you want to know is how they got infected, it has nothing to do with you caring about them. You are just trying to measure whether the person is worthy of being judged or not. Society has a negative perception, it has this thing of maybe if you were born with it, you are better or maybe if you got it through rape you are better. Then it’s easier for them to sympathise with young women living with HIV. But if the young woman says she got it from a boyfriend then it’s like, that’s what you get for doing what you are doing.

Young women are shamed for having sex.

We don’t talk to them about sex. When young women ask questions about sex we slut-shame them. Even in clinics, even in schools. As soon as start asking about sex or contraceptives, it’s like why are you even thinking about sex?

Sometimes young women come from an underprivileged background, and get to be in a space with a man who provides for them. When you are vulnerable, it feels like you have to be thankful for those who provide for you. If you have a guy who is willing to provide for you, when he tells you let’s have sex without a condom, it feels like you’re rewarding him for all the good that he is doing in your life. This makes it so easy for young women to get infected with HIV or STDs (Sexually Transmitted Diseases) because now they are vulnerable. Young women don’t have support systems, they don’t have anyone that can help them.

It’s so unfair because the reality is that young people are having sex. As soon as we start coming to the realisation that acting as if those things are not happening is not doing any justice to anyone. The reality is that they’re having sex. We need to get to a point where we can talk to young women about sex without slut-shaming them. This will make it easier for us to have enlightening conversations that is going to benefit both the young people and the older generation.

It’s even worse if you are living with HIV. I was recently talking about viral suppression and how the undetectable equals untransmissable. If you are virally suppressed, you cannot infect someone else. Inasmuch as it is important to spread the notion that unprotected sex causes HIV infection, we need to talk about things like viral suppression as well. Why do we want to paint people living with HIV as risks? Why do we want to paint them as dangerous that are just out there to infect people? We are not dangerous, we are just human beings trying to live and it’s stigma trying to make people believe that you are not worthy of living a normal life just because you are living with HIV.

We need to create a space where young people are able to voice their opinions. We cannot talk about HIV and not talk about sex. We can’t. HIV is a very broad virus that can infect you in different ways but we all know the one way. We associate it with one particular one: sex. It’s impossible for us to say, “don’t get infected by HIV” but we don’t talk about sex. Us not not talking about it is not going to stop young people from having sex. Let’s create a nation of people who communicate.

Young people get sex advice from their friends. You cannot have a 13-year-old tell a 13-year-old what to do. They are both kids. If a 13-year-old or a 16-year-old cannot go to the clinic and ask the nurse or a social worker or their parent or their guardian about sexual intercourse then we are not going to reach this whole HIV-free generation. It’s always going to be a myth because we are not putting in the effort.

Us just saying “don’t have sex” is really not helping. We have been saying that but people are still being infected.