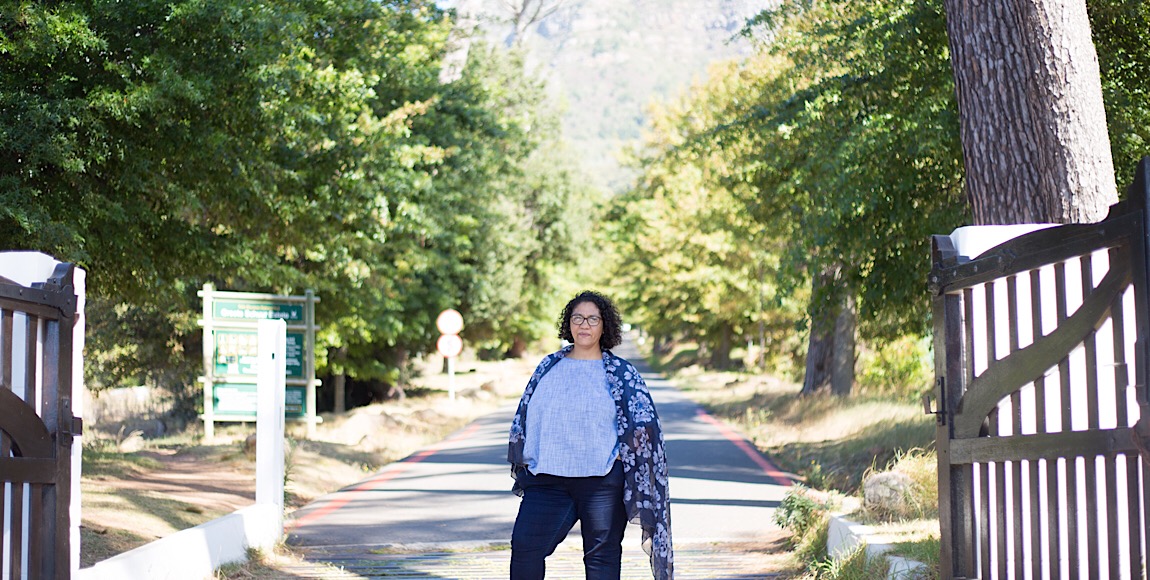 Called To Song is academic Kharnita Mohamed’s debut novel. It delves into issues of race, gender and identity in post-apartheid South Africa. Mohamedâ’s personal politics and personal experiences colour the brilliant story of a woman who finds herself after going through many tragedies. Mohamed spoke to The Daily Vox about her writing and her inspirations for the novel.

What got you into writing?

I left for Chicago in 2006 and I came back in 2010. I was puzzled by a number of things I had seen [in South Africa]. I had noticed we were at a very different place as a country but also I hadn’t seen very many Cape Malay Coloured people married to African Black people. I was curious about this. That was one. My mom passed on and it was a way to reflect on being a child I guess who had lost a child. So it was a series of events that happened in my life and me being puzzled about how race and gender was working.

Tell me about yourself.

I teach anthropology at UCT. I am working on my PhD in women and gender studies. My areas of interest are disability, gender, race and knowledge production. I am interested in how we think and how we produce knowledge and how we come to understand ourselves as people who are located in a particular way. There is quite a bit of synergy between my academic work and my fiction. With my fiction I am a lot more interested in making sense of who I am and what it means to be black, Muslim and middle-class in South Africa.

What was the inspiration for the title, Called to Song?

It had a different title. My publisher said that maybe not many people would get the title because it was a little academic. The question I had was given our history and how we have been raised how can we cultivate ways to be gentler with each other. I think Called to Song works much better. It is very beautiful and lyrical. It speaks to a number of themes in the book.

What lessons has writing the book taught you?

When I started writing this book I was in a very bad place. My mother had passed and I was adjusting to being home and the book was a way to write myself out of that feeling of despair that I had into hope. Most books end with a romantic relationship and there is a conclusion of love that you find in somebody else. I wanted to find instead a way of writing of finding love in yourself. Even though the ends are messy and life continues to be messy, you will be okay. I think I found that. Some of the things that I had written have actually happened. One of the things that I have learnt is that it is kind of powerful to write stuff that is hopeful. In as much as there is the trauma and the pain and the tragedy but to tell the story of overcoming has this certain kind of power in it. That is something that I have learnt.

How much of the book mirrors your own life and experiences?

Very little of it reflects my life. There were a lot of real stories in there that I had heard from people and that I had observed. Some of them are mine but recombined in ways that are completely removed from the context from where they emerged. I have never been married. I have never lost a child. But I am somebody who has struggled with time and felt like she has so much to do and not enough time. A lot of the dynamics reflect my life but it is not me. It is not autobiographical. I think it is everybody.

How does your politics and identity affect your writing?

I think we need to be telling our own stories. My background is everywhere. I’m Cape Malay, I am Muslim and those kinds of struggles we have internally and within our community are reflected in this novel. I think there is something powerful about writing from one’s own history and asking the kind of questions that I want to know. A lot of the book was about asking questions about what are we doing this way and why is it that we are having these kinds of questions in 2018. My background is everywhere. There are the questions I have about religion, about gender, about sexuality and about race in this country.

What might be different is that I am a feminist scholar so I have been reading about race, gender, sexuality and religion for a very long time. A lot of theorisation that I have read is reflected in the book in the ways in which I developed characters. In the context of Islamophobia I tried to think how do you write Muslim femininity without producing stereotypes. I did a lot of work to try and not create stereotypes in the book. To have my characters be as a real and recognisable as possible. To be wonderful people we could love and annoyed with and troubled by and try to reflect the world that way I had read about through a feminist lens.

Response from audiences. What should people take from it?

The book is very new in the world so it has just been out from month. I am really curious to see what it will be like in six months. Most people really love the book. A lot of people recognise themselves irrespective of their background. They recognise things that they are going through in their lives and different ways of approaching things. There has been a really great response. People are having experiences with the book that I can’t follow because it enters into the very personal with the things that hurt them. The things that worry them.

I guess I wanted to write about from despair to hope and to show people what kind of experiences do people have actually related to history and actually relate to where you are located in a collective is really social. That our problems are social problems. I hope people get that. Once people understand that the questions around intimacy and how we formulate our lives are related to a larger politics that we can actually change those things to make people live more gently. That they love more wisely and more diversely. That they are more kinder to people whom they might not necessarily have been kind to before. Maybe shift a little how we see people whom are not like us or whom we imagine are not like us. If there was little of that in the world I would be very happy.

Where does your book fit in with the current political situation?

I read Biko’s work very early and I am Black Consciousness thinker. I believe that if the oppressed come together and rather than see divisions amongst those who are oppressed recognise the problems of class and race and gender we can come together. I think politically we are at a moment where are becoming increasingly becoming more parochial and looking into much smaller communities. What we really require are the forms of politics that allows us to connect across our differences while respecting and providing dignity for those differences. Being different is not bad, it is just about how we value you differences. The book in many ways is a response to that. It is a response to the ways in which racialisation still continues to manifest in the ways we place others in the world. That is where the book fits in. It is a response to the fact that we are not post racial. We are quite a way from that and we should check how seriously internalised racism operates and what it produces in the ways in which we formulate the world.