Home As Told to Apartheid files: She found her brother’s body 27 years after he disappeared
WhatsApp
Facebook
Twitter
Email
Print 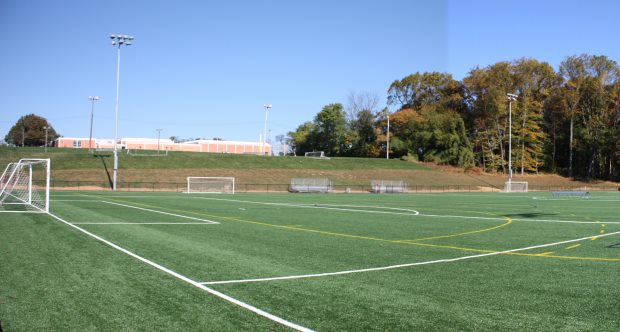 Some of the teenagers who disappeared during apartheid have still not been found. For the Tshabalala family, the search for their son – an assistant to the uMkhonto we Sizwe and a soccer player for the Mandela Football Club – was a long and painful process. SEBENZILE TSHABALALA expressed her grief to Mbali Phala.

We searched for him everywhere. We walked through graves at Avalon cemetery in Soweto and headed in any direction that a tipoff pointed. Twenty-five years later the police found him, buried as a pauper with other people’s children. It was in the afternoon when my 19-year-old brother left our house in Meadowlands to play soccer with his team, the Nelson Mandela FC in Orlando. Soccer had been his life since childhood, so we asked no questions when he said he was going for practice. Little did we know that his walk out of the door would haunt for the next 27 years of our lives.

I was young, but I remember vividly how tense things in the house were after my brotherâ€™s disappearance. He was the eldest of five children. During his search, we found out that he was part of uMkhonto we Sizwe (MK). Our family was never really involved in politics; it was a real shock to my parents. We later found out that he wasnâ€™t the only member of the soccer team to disappear. His friend, Lolo [Corlett Sono], who was 21, had disappeared with him. Loloâ€™s father said he saw them being driven away in a kombi that belonged to club. [He] was the last person to see the boys alive.

The community helped us to search for the boys with no luck. We concluded different things based on the information we heard. At one point we thought the apartheid government had abducted or kidnapped them because of their involvement in the MK or they had gone into hiding because the government was looking for them and they didnâ€™t want to put their families in danger.

My mother was the one who was most affected. In the midst of Sibonisoâ€™s search, we experienced further agony when my father was killed in an attempted hijacking while attending a colleagueâ€™s funeral in Dobsonville. That was devastating. I cannot imagine how my mother felt but I salute her; her strength is inexplicable. Can you imagine dealing with the disappearance of your first-born, the loss of your husband and having to take care of four children?!

We heard many stories about young people disappearing and skipping the country to be trained as MKs in Zambia or Botswana, then returning home during the night to let their families know theyâ€™re okay. We thought the same would happen to us, so we often slept with the kitchen door unlocked so he wouldnâ€™t struggle to come in. It wasnâ€™t until the Truth and Reconciliation Commission (TRC) trialÂ against Winnie Madikizela-Mandela that all that hope of my brother being alive was lost.

Years later, we found out that there were bodies that had been found with multiple stab wounds in an open veld in Diepkloof a day after the boys went missing. The bodies were buried as unidentified paupers at Avalon cemetery, without families being notified. My mother was horrified – to think that she had searched for her son then, and walked in and out of that cemetery to attend other peopleâ€™s funerals while her son laid there with other bodies.

In 2013, the Missing Persons Task Team (MPTT) exhumed the two bodies at the cemetery and through DNA tests and forensic examination, the bodies were identified as that of my brother and his friend, Lolo. Finally, we buried my brother after 27 years.

Author’s note: Siboniso Tshabalala and Lolo Sono were buried at Westpark cemetery on September 6, alongside other MK cadres.