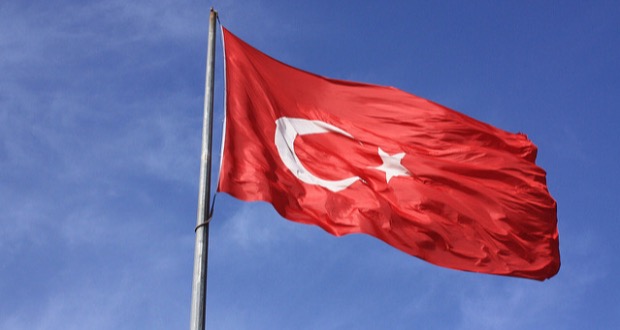 What just happened in Turkey?Â

It’s more like what almost happened. A small faction of the Turkish military attempted a coup. And while the coup was thwarted, significant damage has been done. Reports indicateÂ that 161 people were killed – among them 41 policemen, twoÂ soldiers (loyal to government) and a number of civilians. The country’s parliamentary building was also bombed, and some media houses wereÂ taken off air, or controlled by military for a short while.

But it’s all chilledÂ now?

It does appearÂ to be all over, with a number of military personnel arrested, Â and the democratically elected government of the country mostÂ certainly still in charge. On Saturday afternoon, the Greek government announced that a Turkish military helicopter landed in Greek territory, carrying seven Turkish military personnel seeking asylum.Â It’s unclear however, if the sentiment behind the coup will inspireÂ any further attempts to overthrow the government.

Can we just back track here.Â How exactly did this happen?

This is the account of a Canadian researcher living in Turkey: And Yusuf Nanabhay, a South African on holiday in Istanbul said he read about a commotion in the streets on Istanbul on Twitter and then went to Taksim Square to have a look.Â “It was quiet at first and then the military came in,” he said. Late on Friday, bridges were barricaded by Turkish military personnel, while media houses, including the state broadcaster,Â Â were taken over by groups of militia. In a statement, theÂ coup leaders, who claimedÂ to speak for the Turkish Armed Forces, said theyÂ sought to protect democracy.

“Turkish Armed Forces have completely taken over the administration of the country to reinstate constitutional order, human rights and freedom,” the statement said. @AJEnglish @mohamed lots of police on the square with military. Clearing people from the square. pic.twitter.com/hSBOFRxf7C

@AJEnglish Police getting ready for something as jets fly low over Istanbul #TurkeyCoup pic.twitter.com/NBETHpSwD0 As news of the coup spread, largeÂ numbers of people came out into the streets of Ankara and Istanbul in support of Turkish President Erdogan. And there are some amazing visualsÂ being shared on Twitter and Facebook of ordinary people blockading tanks, and overpoweringÂ armed military personnel. Somewhere in between, Erdogan addressed the Turkish nation via FaceTime. The irony of a president who has at various times attempted to curb online freedoms using technology to assert control was not lost on people.

A certain grim irony in Erdogan who shut down free media and tried to shut down social media now having to make his statement via facetime.

@AJEnglish @KatyKatopodis calls to prayers ringing out across Istanbul to show support for government. Military being booed by ppl #Turkey So what’sÂ the matter with the Turkish government?

President Erdogan has made done some questionable thingsÂ in recent times, and hasÂ criticised for eroding the freedoms of the Turkish people. Let’s be clear here, he certainly does show authoritarian tendencies. But he is democratically elected. The Turkish military however, is not new to coups and has overthrown four governments since 1960, as it has prided itself on being the guardian of the secularist roots of the modern Turkish state.

So who’s behind this coup then?

Erdogan and his allies have been quick to blame the coup on aÂ faction in the military – a faction allied to US-based clericÂ Fetullah Gulen, who was actually once an Erdogan supporter. (And here we thought ANC factionalism was hard to keep track of). So, anyway, Erdogan has got it in for Gulen, and his sympathisers, of whom there are many within the Turkish state apparatus. Gulen, however has come out condemning the coup.

footage of Ankara aftermath: civilian cars [some by ppl who used them to block tanks] torn to pieces by tanks, dried blood on the asphalt..