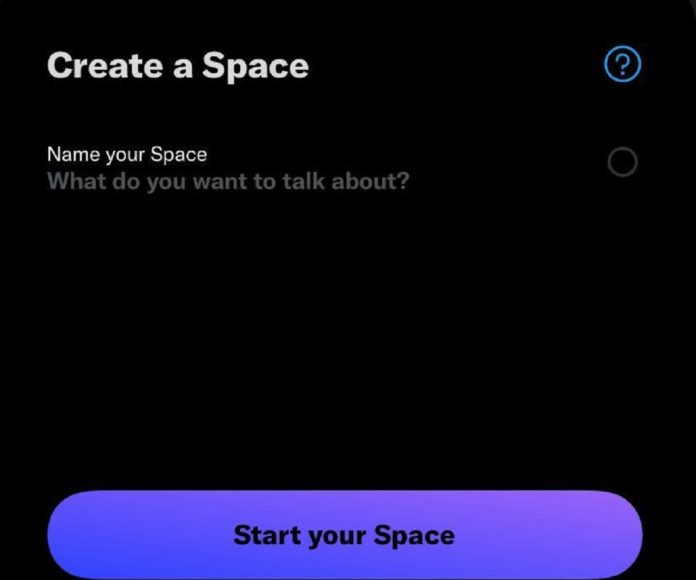 The 2021 local elections are taking place under pandemic conditions. This means political parties and independent candidates alike have had to use innovative ways to reach potential supporters. Twitter Spaces has been a platform for parties and candidates to interact with their audience.

#LGE2021 is just around the corner. WIth campaign methods limited due to the coronavirus pandemic, parties and candidates have taken to social media to spread their message.

In South Africa, Twitter Spaces exists as an affordable platform which politicians can utilise. Citizens need not worry about timing, transport, and other issues which would affect attendance at an in-person rally. All you need to join a discussion on Spaces is a Twitter account and a stable internet connection. While data costs and connectivity will always remain an issue in South Africa, Spaces has helped connect people easier.

Emerging victorious among the political parties, the Economic Freedom Fighters (EFF) has hosted several successful discussions on Twitter Spaces. The first of these, hosted by Floyd Shivambu – Deputy President of the EFF – had close to 2 000 Twitter users present. Other members of the EFF as well as hundreds of supporters also joined the Space. The high rates of attendance of the EFF Twitter Spaces discussions are unlike those of any other party.

The African National Congress (ANC), too, has hosted several discussions on Twitter Spaces. Their attempts at using Spaces have not been nearly as successful as those of the EFF. Technical difficulties were encountered during the delivery of the ANC manifesto by President Cyril Ramaphosa.

The Democratic Alliance (DA) has yet to make use of Twitter Spaces.

Many social media platforms – including Facebook and Instagram – allow users to carry out livestreams. However, it is only Twitter which allows all participants to interact. During a Facebook Live or an Instagram Live, users can leave comments beneath the stream for all to read. On Instagram, users can be added to the Live. However, on Twitter Spaces, everyone who has joined has the opportunity to speak.

Facebook and Instagram do allow for collaborations, but these are limited to only a few participants at a time. Thousands of participants can join a Twitter Space and up to 10 people can speak at any point.

In a bid to connect with their audience, South African political figures have begun to make use of Twitter Spaces. This would typically entail a structured conversation on the platform. With political parties, a topic and a team of panellists would be selected in advance. The floor would be opened for discussion once the panellists make closing remarks. During this time, anyone who has joined the Space can talk.

It would be unlikely that independent candidates would follow such a rigid structure.

In time to come, it is likely that Twitter Spaces will become a part of the political fabric. The coronavirus pandemic has limited many forms of campaigning, election rallies in particular. Twitter Spaces can serve as a substitute for these.

Some Twitter users have called for Spaces to be used as a discussion forum for party politics. This, in fact, may be the direction in which Twitter is headed. Since its introduction, Twitter Spaces has been used by individuals and organisations across Africa and around the world.

The Daily Vox along with Youth Capital have been hosting weekly and bi-weekly Twitter Spaces as part of the #BeTheDrivingForce campaign. The conversations are available to listen here: