Home HIV/AIDS UNICEF: We need to do better by our children in treating and...
WhatsApp
Facebook
Twitter
Email
Print 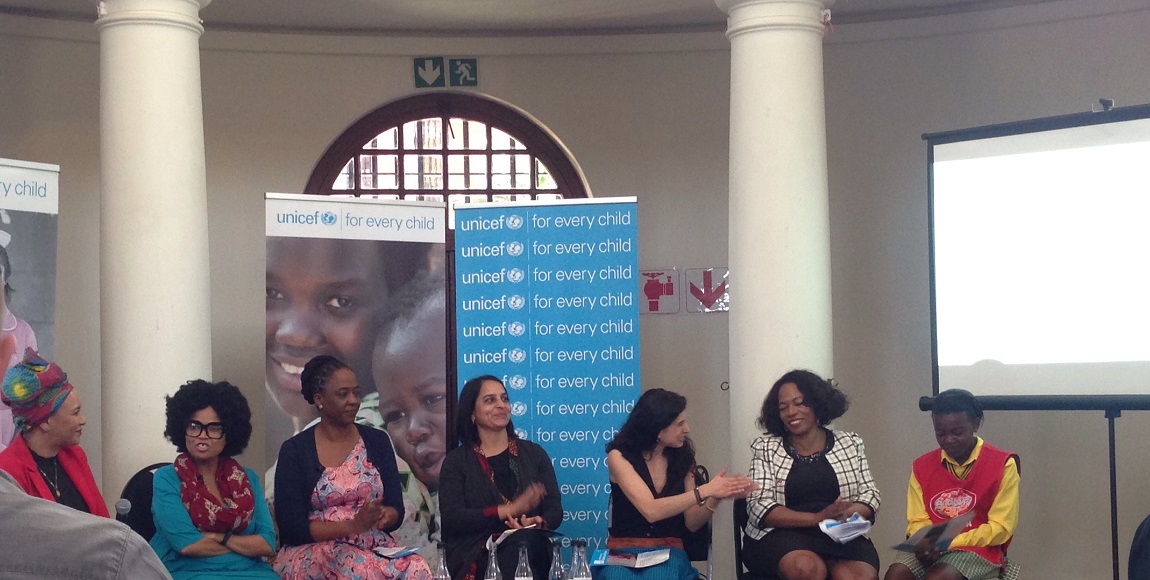 Ahead of World Aids Day, Unicef released its Children and AIDS: 2017 Statistical Update during a panel discussion, chaired by journalist Iman Rappetti. The panel included Aids researchers and Unicef members. The report shows that while progress has been made in some areas of prevention of HIV and Aids infections in children, most areas are lagging behind. The Daily Vox was at the launch.

The report reveals that while there has been enormous progress in areas such as the prevention of mother to child HIV transmission (PMTCT), the rate of adolescent infection remains high. These were some of the observations made by the panelists.

1. Adolescents and girl children need to be prioritised

Dr. Chewe Luo, who is the head of Unicefâ€™s HIV/Aids section, said that there is cause to celebrate with the enormous progress made with PMTCT. However, both the treatment and prevention of the disease in adolescents and children has proven much more difficult. Luo said the key to curbing HIV/Aids lies in the prevention of it in adolescents and young girls. This was a sentiment echoed by all of the members of the panels. Dr Catherine Sozi, a director of UNAIDS in Eastern and Southern Africa says that children and adolescents often fall through the cracks and do not get the same treatment as adults, despite having the same rights. This needs to change.

Sozi said that because of the stigma and discrimination that still surrounds HIV and Aids in most communities, this serves as a hindrance for child carers getting treatment for children. There are also no support systems in place for children. A young learner from a Soul Buddyz club spoke about how the club tries to encourage other young people who have HIV/Aids and provide support to them. She said that discrimination should not exist for people who have the disease, and this is why Soul Buddyz tries to provide support to young people to ensure they go and get treatment.

â€œWe need to stop discriminating against other young people living with HIV. We encourage each other and educate each other all the time as Soul Buddyz members â€WAD2017 #AIDSfreeGen pic.twitter.com/YT1O4w44Fc

3. We need a social revolution

Lebogang Ramafoko, the CEO of Soul City Institute said that what is needed is a complete social revolution to help curb HIV/Aids in children and adolescents. She said that the social and structural issues need to be dealt with such as the context in which girls and boys are growing up. Anurita Bains, a regional adviser for Unicef said that there is no one solution to the problem of infection rates and treatment. Medical, social and clinical issues all need to be addressed if solutions are to be found and we are to move forward.

It will take a social revolution if we want to reach the HIV/AIDS targets.

4. Community, civil society and government all have a role to play

The panelists also said both the community and government have a role to play in curbing HIV/Aids infections. Luo says the South African government has been looking at the data and making sure that the responses it carries out is nuanced. However, there needs to be better data collected because this will help to ensure that responses are specific to what is needed. Professor Lucie Cluver said the role that the community plays in ensuring that adolescents get treatment is very important. She said that if there is more support for children, there is a proven significant increase in young people who go and get their treatment.

5. We need to consult children more in policy-making

As a final note, all of the panelists emphasised the importance of including young people, not only in ensuring they get better services and treatment but also in making sure that they are involved in the making the policies that affect them. Cluver said in her work, they allowed young people to voice their opinions about how they want to govern themselves and that showed that youth voices should be prioritised in issues. Sozi said it will be a missed opportunity if the youth are not included and that will not bode well for Africaâ€™s future.

Involving adolescents in the discussions at every level is vital. What do THEY want? What are THEIR solutions? #AIDSFreeGen #WAD2017 https://t.co/j0DluSjYrx