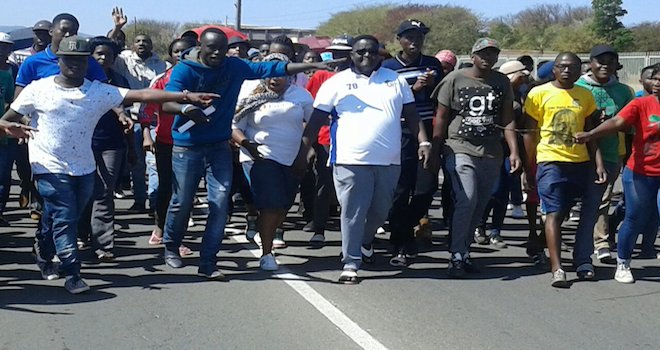 The MankwengÂ campus of the University of LimpopoÂ was shut down by mass protests on Monday as students rallied against aÂ spate of violent crimeÂ affecting students of the university.

According to media reports,Â Mankweng police representative,Â Â Mohlaka Mashiane said the protests came after aÂ student was allegedly attacked at his off-campus residenceÂ over the weekend.

“The student said he had gone to use the ablution facilities at around 03:00 when he was attacked and shot once.”

Students protesting the lack of safety marched on the local police station, demanding better protection. According to some reports more than 10 students were killed in attacks at the university last year, with little intervention from university management.

More than 10 students were killed last year, what has the management done since then? @ULvarsity #ULShootings

University of Limpopo has been known for violence but nothing’s ever done.#ULShootings

Staying off camp at UL is the worst, you gamble with your life every single day #ULShootings

In response, university management has committed to improve the safety of the students.

The UL spokeperson says himself and the VC met with SAPS Mankweng personnel to discuss the matter.#ULShootings

University of Limpopo commits to improving student security after the protest held by student today & unclaimed bodies at Seshego hospital.

UPDATE:Â The Daily Vox spoke to Constable Mosima Makgaba of the Mankweng police station on Tuesday. He confirmed that investigations are still ongoing and that no suspects have been arrested. Â

â€œThe student off campus was going from his room to the bathroom outside his room when he was surprised by the unknown suspect who shot him and ran away. Nothing was taken from the victim,â€ said Makgaba.

The shooting took place at Mamotintane, where most off campus students stay. The area is notorious for robbers – Makgaba said that sometimes students who stay there are robbed and attacked.

There has been a meeting between the SAPS and university management, however, Makgaba could not comment on the outcome of the meeting. The university spokesperson could not be reached for comment either.

Are you a student at the University of Limpopo? Get in touch with usÂ on Twitter,Â email thedailyvoxteam@gmail.com or Whatsapp us on 0764305905.