Home Sport Caster, you remind us that we all have a place in this...
WhatsApp
Facebook
Twitter
Email
Print 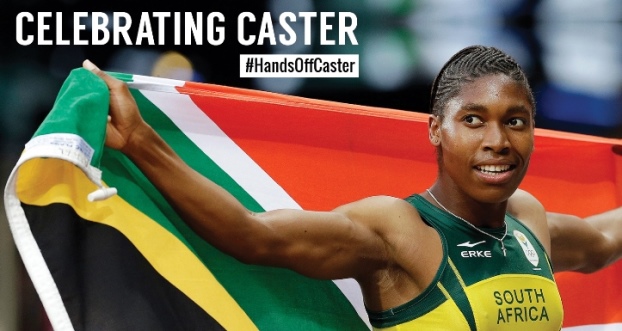 When Caster Semenya won the 800m heat at Olympic final in Rio on Sunday, the entire nation was sleeping. Well, most of us, at least. Some, of course, had set their clocks for 1:30am to catch a glimpse of Casterâ€™s tryst with history and destiny. A minute 55 seconds and 28 milliseconds later she was an Olympic gold champion, catapulted into a realm of stardom only a few in this world will ever accomplish.

There is no more venerated podium in sport.

Caster has been vilified since 2009. When she won the World Championships, all types of questions were raised about her gender, her level of hormones and testosterone. She had to undergo tests and clarify if she was male or female. Another human being might have hung up their boots, succumbing to the slander – but Caster only worked harder, facing the humiliation head-on. She stood up. She focused. Â She ran. The speculations and the questions kept coming. In the meantime, she fell in love, she got married. She decided to live while others focused on her genitalia. And for their looks, abilities alone, even the two other medalists, Kenyaâ€™s Margaret Wambui and Burundiâ€™s Francine Niyonsaba have been subjected to the kinds of suggestions that they too might be â€œintersexâ€.

Caster Semenyaâ€™s is an extraordinary story. But it is certainly not hers alone.

Casterâ€™s victory on Sunday is for everyone and anyone who has ever faced discrimination over their â€œlooksâ€ or â€œbeing differentâ€. She is the person with albinism in Malawi, called a â€œghostâ€, she is the lesbian in Cape Town facing corrective rape. Caster is the transgender woman in Turkey facing increasing censure. She is the HIV+ single mother stigmatised by her community. Caster is the woman who has suffered body shaming for being â€œtoo fatâ€ or â€œtoo tallâ€ or â€œshortâ€, or ridiculed for wearing a scarf. Caster is the young woman abused for not giving her husband a son.

But not everyone can be an Olympian. Even fewer will bring home gold or a bronze, so that we might ignore their â€œdifferenceâ€ and focus on their anomalous â€œcontributionsâ€.

And who else but Caster alludes to life being more than the quest for gold?

â€œItâ€™s all about loving one another,â€ she said at the press conference after her victory.

â€œIt is not about discriminating people and looking at people in terms of how they look, how they speak and how they have run. Itâ€™s not about being masculine. Itâ€™s about sports. When you leave your apartment you donâ€™t want to look at what you look like. You just want to do better. The message to people out there is to have fun and see what you can achieve. Thatâ€™s what I want to say.â€

The world is a mad, diverse place. And, Caster, you remind us that we all have a place in it.