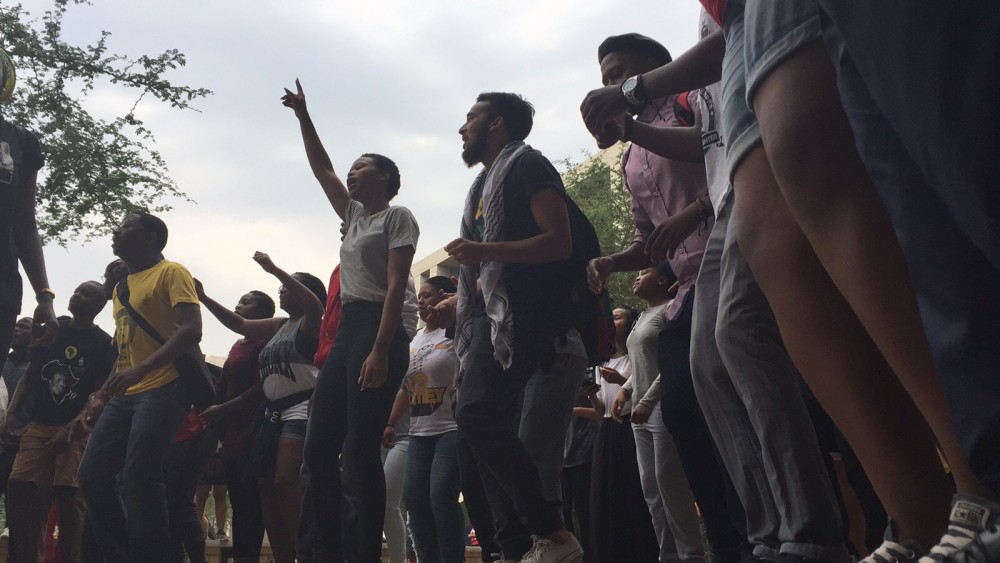 Late on Wednesday, student leaders vowed to continue barring vehicles from entering or exiting the campus until they are granted an audience with university’s Vice Chancellor Adam Habib.

We have already blocked off Empire Road, join us, stand on the right side of history. #WitsFeeMustFall pic.twitter.com/RnH8osO9MD

Students are willing to continue the protest until their demands are met. Primarily, they want Habib to talk to them. #WitsFeesMustFall

“I did not witness any violence or unsafe actions from protestors on Wednesday,” Pilane said. There had however been scuffles where people had tried to force their way through the picket line, either to get onto or off campus in their vehicles.

While rumoursÂ that the university had sought an urgent interdict to have the protestors removed circulated among students Wits University spokesperson Shirona Patel told the Daily Vox that she was unaware of any legal moves to seek an interdict.

â€œAs far as we are aware, thereâ€™s no interdict against anybody or anything,â€ Patel said.

â€œWeâ€™re asking people to just be patient now and if theyâ€™re feeling unsafe to wait in their offices or to wait for campus control,â€ she said. Those who are able to leave through pedestrian entrances are being encouraged to do so.

Police vehicles were spotted near the campus on Wednesday evening, but police did not intervene in the protest. A heightened security presence is expected on the campus on Thursday. The protest has been an inconvenience for staff and students alike. Earlier on Wednesday, the university announced that it was cancelling all classes and events on campus for safety reasons.

â€œI want to leave because Iâ€™ve been here since 8 oâ€™clock in the morning and we didnâ€™t have any lectures today,â€ one student told Pilane, who has also been on campus all day.

â€œI live in Parktown and I used a bus to get here so if I want to leave now, it means I have to walk,â€ she said.

Habib said that the university was exploring several alternatives to raising fees but that he was â€œcaught in a bindâ€. He added that if he did not the raise fees, the quality of education provided by the university would suffer. Editor’s note: This story was updated on Thursday morning to reflect the most recent developments.Â