Home As Told to Uzalo’s Khaya Dladla: “There’s more to me than my sexuality”
WhatsApp
Facebook
Twitter
Email
Print 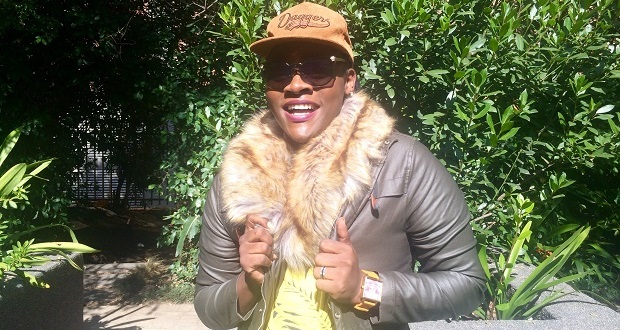 The entertainment industry may be opening up to new talent but actors and actresses in the LGBTQI+ community still face the stereotype of only being cast to play their sexuality. KHAYA DLADLA, who plays GC on Uzalo, spoke to The Daily Vox about breaking these stereotypes.

Acting chose me. After 17 years of stage performing, I made my first debut on television. That was 8 years ago. I started at a very young age, at 6 years old I was already in and out of auditions. I’ve become a multi-skilled artist, ranging from acting and dancing to singing. I try to be good at everything I do by giving it my all, and that has completely changed my life. This mindset has motivated me to keep working even harder because I realise I’m not at my peak.

I play a gay character, GC, on Uzalo. Of course this may seem like an easy thing to do because I’m gay, but it’s actually hard. The most judgmental human being in South Africa is a gay person so I don’t ever try and go on screen with the perception that I represent them. Before taking the role, I knew I had to do some research to learn more about the gay community, particularly the ones that work in salons. I sat in salons and learned about gay people.

I’ve struggled with my sexuality in the industry I’m in. It’s not that open, even when you’ve been a part of it for years. It’s stereotypical. Yes I may be a gay man but that doesn’t mean my roles should be limited to that. I’m versatile and as an actor, it’s my job to be able to get into character. I have played different characters; a witch, a cop, a gangster, a Nigerian, an Indian, and I mastered the characters. But I’m still getting calls to keep playing a gay person and I’ve rejected them because there’s more to me than my sexuality. The gay character I currently play is the opposite of what I am and that’s why I’m having fun and learning playing him, but I can’t keep playing gay roles all the time.

I don’t believe in gay being a career and it baffles me why people chose to make it seem okay to do so. It’s become a lifestyle of some sort that people use to make money, and that is disrespectful.

You have no idea the calls I get to join the LGBTQI+ organisations or activities but I cannot. I don’t want the pressure of having to represent gay people in the different spaces because I’m human and we’re all different. The other reason is that I want to be known for more than just being a gay person; I don’t want to be famous for being. It’s nice to be open and comfortable about it but don’t try live off it, don’t make it a job. Take Somizi for example. He’s gay and we all know this but he has a career, as a dancer, an actor and the list goes on.

This is probably one of the many reasons parents have a difficult time accepting their children’s sexuality, because of the way it’s been portrayed. You must be known for what you do and not just because you’re gay. I don’t appreciate gays who are famous for being gay. I’m glad that it’s no longer a taboo but it seems as if it’s almost becoming fashionable, very trendy.

It’s good that more people are being open and comfortable about their sexuality, even though South Africa is still full of homophobes. I think we’re getting educated as a nation and that’ll hopefully eliminate the prejudice and discrimination against people because of their sexuality.