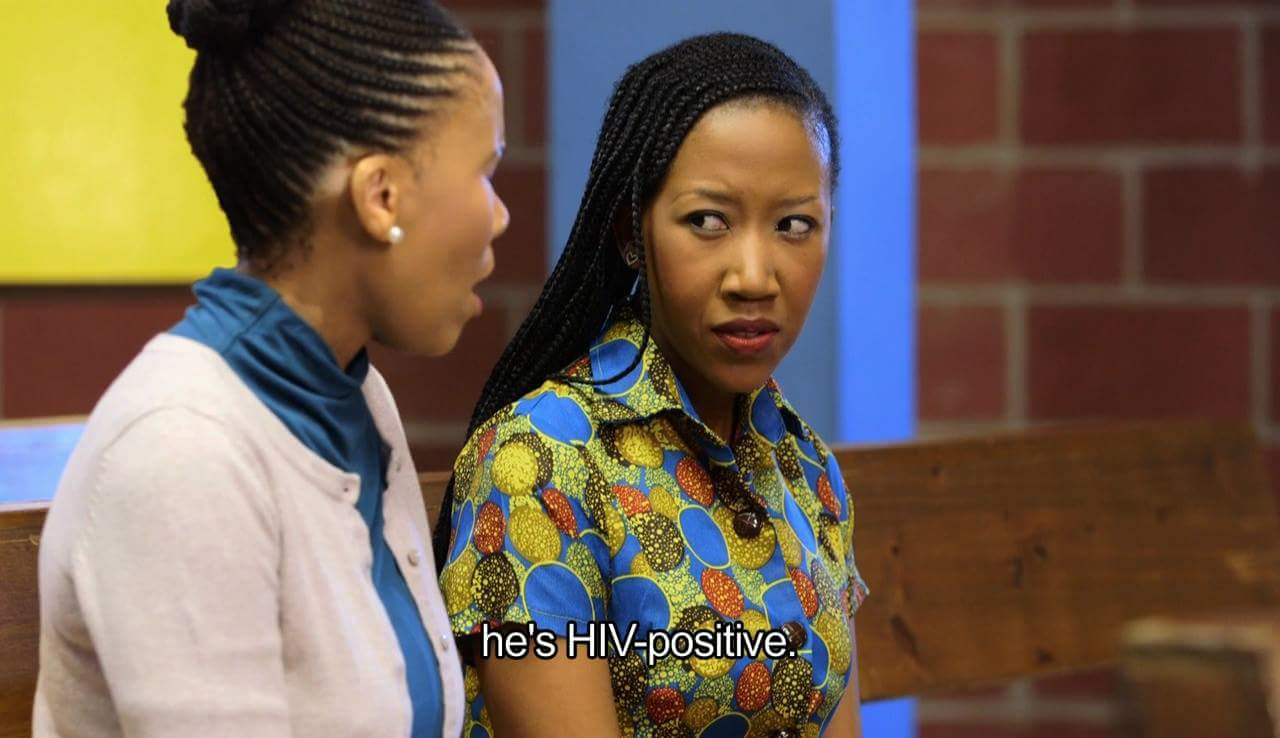 December 1 marks World Aids Day and our fave Uzalo has shown why itâ€™s the peopleâ€™s soapie by raising awareness around HIV/Aids and safe sex through storytelling.

Uzalo has become a combination of drama and education as its writers introduced a storyline about HIV/Aids which seeks to inform and educate people on the epidemic.

Over the past few weeks, the soapieâ€™s writers introduced a new character, Khumbulani, played by Sihle Xaba. Khumbulani is an HIV-positive man who came to KwaMashu, met a beautiful woman, Smangele, and fell in love.

Viewers are impressed that the soapie challenges the society’s perception of the epidemic, but questioned why in this day and age, Smangele knows so little about HIV/AIDS.

Also, seeing that they’re touching on the HIV/Aids topic, I’m fully involved.
We take this too lightly. And working in healthcare has been eye opening. #Uzalo

Like what Uzalo story writer is doing,with WORLD AIDS DAY being not far..But Some1 seriously need to school Smangele on how one gets HIV

Smangele and Khumbulaniâ€™s storyline is informative and represents a reality that millions of South Africans live with. Smangele is struggling to accept Khumbulaniâ€™s status and now that she knows he is HIV-positive, she has started seeing him differently from the man who swept her off her feet.

Truth be told Smangele and Khumbulane’s story line happens a lot in real life, we need to keep an open mind, learn and love..ðŸ’”#Uzalo

Khumbulani has been hesitant to reveal his status to Smangele with the fear of being rejected and judged, and sadly, he was right. He has repeatedly tried to show Smangele that being HIV-positive doesn’t make him different from other people, but Smangele is having none of it.

The current storyline seeks to promote practising safe sex and teach people about the facts of living with HIV/Aids.

The topic of having a sexual relationship with an HIV-positive person is always a tricky one and many people try to avoid it. But these conversations need to be had, otherwise we cannot move forward and live our lives while treating HIV/Aids.

Uzaloâ€™s current, highly relevant storyline has shown us the reality of how most people are still not well informed about HIV/Aids and how those living with the disease continue to bear the brunt of stigma and isolation. As the world commemorates the World Aids Day, more certainly needs to be done to raise awareness about HIV/Aids in communities. Hereâ€™s hoping that this opens the door to more representation of healthy, honest relationships on our TV screens.