Home Debate So Starbucks in SA is a sip of the first world? ðŸ¸...
WhatsApp
Facebook
Twitter
Email
Print 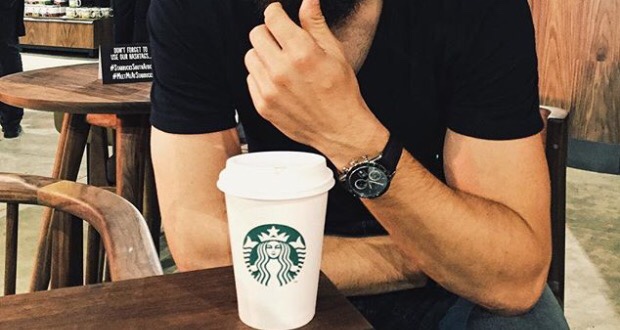 Ahead of the Thursday opening of Starbucks in South Africa, Wayne Parnell attended the by-invitation-only launch of the international coffee chain in Rosebank. The South African cool-kid cricketer posted a snap of himself with a coffee cup and captioned it (sic) â€œ1st WORLD NORMðŸ‡ºðŸ‡¸ MEETS 3rd WORLD ðŸ‡¿ðŸ‡¦. #starbuckssa #flyyourownflagâ€ Look we’veÂ got a fluctuating rate against the dollar, a seriously problematic president, and we remain one of the most unequal societies in the world and, well, a dearth of overpriced coffee stores is not exactly a sign of our development.

Look, we can wax lyrical about how we’re not quite “3rd world”, whatever that means.Â Â Weâ€™re a member of the BRICS alliance, along with Brazil, Russia, India and China. This cements us as a fast-developing nation with an internationally-recognised growing economy and a definite sphere of influence on regional and global affairs. The â€˜BRICS Bankâ€™, the New Development Bank, has just opened up. With a rating agency of their own to assess creditworthiness of debtors, the World Bank and IMF have serious competition in the NDB.

Weâ€™re also then a member of the G-20, an international forum for the governments and central bank governors from 20 major economies. And hey, we’re kind of the America of Africa, not that it’s something to be boasting about.

But all that aside, we have to ask – does having access to Starbucksâ€™ signature caramel syrup and seasonal pumpkin spice lattes really render the USA a first-world country? Does the fact that people post pictures of their personalised cups there really render it a â€œnorm?â€ What about AmericanÂ police brutality, racism, and their oppressiveÂ foreign policies – are those â€œfirst world normsâ€ too? Is that what we should be aspiring to?

As an internationally renowned cricketer, Parnell has travelled far and wide to represent South Africa. Heâ€™s probably seen a lot more of the world than the average person, but this is not enough of a justification for him to superimpose damaging views onto his own country. Especially because we donâ€™t see whatâ€™s so great about America anyway.

Consumerist expansion is arguably a type of colonialism, and this launch of Starbucks is totally a capitalist-driven move – the latest in the vein of other franchises like Burger King, Dominos and Krispy Kreme also opening up here. Does this mean that South Africa is now validated, because of the fact that we have been identified as a potentially very viable market? Is our “success” dependentÂ on us receiving this validation, and is it what will liberate us from our position as a â€˜third-worldâ€™ African country?

IÂ canâ€™t deny that I’llÂ probably be standing and queuing up for a venti flat white pretty soon – but it will be because IÂ like coffee, not because we want a â€œ1st world normâ€ to immediately become our reality. South Africa is very far from perfect, but weâ€™ve got a pretty great culture of our own, and we shouldnâ€™t allow it to be diluted by bigshot brands.