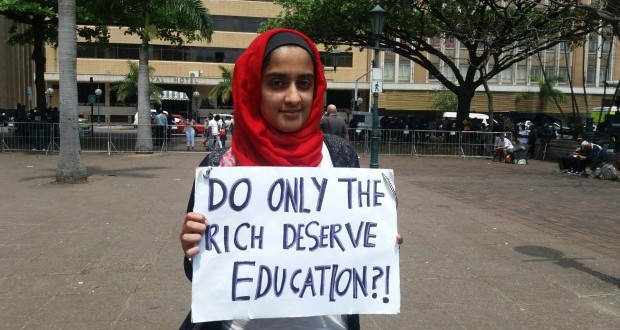 Following a sustained campaign and the filing of a Promotion of Access to Information request,Â the higher education department on Thursday released the so-called No Fee Varsity Report to Amandla.mobi. As a result, everyone can now read the report Blade Nzimande wouldnâ€™t make public.

The report, which many see as proof that the department has known all along about the challenges to making higher education accessible to all, has been sitting on a shelf since 2012. If you didnâ€™t have time to read the 100-page report, donâ€™t worry, weâ€™ve pulled out the most important bits.

The key finding of the report is that free, undergraduate, tertiary education for the poorest students is feasible, but that it would require significant additional funding of both NSFAS and the university system. The working group that wrote the reportÂ estimated that it would have cost anywhere between R100-million and R1-billion to fund the class of 2013, which had an estimated 163,000 students.

The report had 12 recommendations. That:

You can read the full reportÂ here.