Home Opinion What happened when a black family tried to make reservations at a...
WhatsApp
Facebook
Twitter
Email
Print 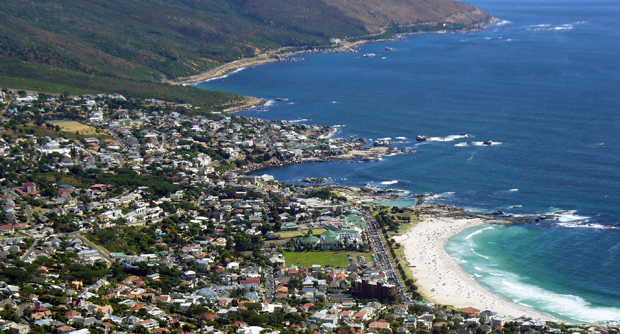 MARTINA DAHLMANNS, who blogs at GunnaGirls, was fuming at her friendsâ€™ treatment by Azure restaurant at The 12 Apostles, Camps Bay, but is cautiously optimistic that dialogue can create a change in attitudes.

So the other day my friend, who happens to be black, sent me a text: could I please call this number and book a table for six people for the following evening. Her dad had tried and was told it was fully booked. He suspected racism.

Well, I thought, or rather hoped, itâ€™s the holiday season, tourists everywhere, chances are, the place is fully booked.

But I was wrong. I got a booking no problem.

I even asked twice: are you sure, you have a table for six people tomorrow evening? The friendly lady said, yes, that’s confirmed. She took my name and number and that was that.

Needless to elaborate on my feelings of outrage, frustration, dismay and the whole scale in-between. I was gutted.

My friend thought about not going (rather not give them her money on top of the insult that is) â€“ but at the end of the day, what would that achieve?

We had talked before about claiming white spaces as a means to fight racism, but should people really have to spend their friend- and family-time in a racist environment, being stared at and whispered about at the very least, and possibly openly insulted?

But then again, I suppose this is the everyday reality of black people in predominantly white spaces â€“ so what difference does it make if itâ€™s just another day in white suburbia, or rather Camps Bay in this case?

And were told at reception: Sorry, we donâ€™t have a booking under that name.

My phone rang, as I was bathing my kids. My friend only said: â€œApparently you did not book…â€ and hands over the phone to a flustered receptionist, who clearly did not expect those black people she was about to send away to have a white back-up on the other end of that phone.

I donâ€™t think she got the first word in before I literally lost the plot.

I shouted and fumed and said lots of things that could have been formulated much better and more to the point, but what the hell. She got the message and suddenly could not apologise enough.

And yes, she would look after my friends, they would get extra-special treatment which, it later emerged, really translated into her trying to squeeze them into a corner of the restaurant, where the sight of them would not offend the other diners. On top of that they were told to keep their voices down, because â€œthere are other people dining here as wellâ€.

Yep, just when you think this could actually not get any worse, they get told off by a snotty white student waitress like a bunch of rowdy kids on a playground.

At that point, my friends demanded to see the manger, who apologised (again) and got them a table among the white folk. They got offered drinks and food on the house to make up for the â€œmisunderstandingâ€, but they politely declined.

Surprise, surprise: these black folk did not make a fuss in order to avoid paying their bill; they actually wanted an apology from the waitress. Which they did not get.

My dialogue-weathered friend, however, cornered her in the course of the evening and gave her a crash course on her racist attitude and how to handle herself in future â€“ and guess what? She actually relented, apologised and even reflected on how she would make sure not to repeat her demeaning behaviour towards fellow humans in future.

â€œI don’t even care,â€ says my friend, â€œas long as she thinks twice before treating people like second-class citizens again.â€

Now, before you start cheering and clapping: this is not a win.

This is not even a success.

This is only the tip of the iceberg. It is finally a small piece of evidence for the existence of the living, breathing and widely ignored elephant in the room of white privilege.

Given half a chance, this incident would have been swept under the carpet as a â€œmisunderstandingâ€, my friends been made the stereotypical â€œangry black peopleâ€, who are â€œplaying the race cardâ€ to free load or get into a place they don’t have a right to be in.

What made all the difference this time, was our team effort in pointing out the beast. My voice of white privilege made a small crack in the armour of denial and my white anger could not be dismissed. I used the power of my privilege to vent, threaten and ultimately claim a space in this room for my friends to be seen and heard instead of ignored and dismissed.

This is not something to be proud of. It is a shameful, sad, frustrating and enraging state of affairs 20-odd years after Apartheid officially ended.

I do however feel cautiously optimistic at the thought that three years of dialogue have united a small group of us in teaming up and exposing the beast. So maybe, just maybe we are on the right track and if more will join us in dialogue, we will at least disturb the delusional slumber of white complacency, which to this day insists that apartheid is over and racism does not exist anymore.

Oh, and just in case you want to book a table and test the waters: The 12 Apostles in Camps Bay is waiting for your call.

And join our Facebook group if you want to be part of the conversation: This Dialogue Thing â€“ open for business.

– This post was originally published by Martina Philcox on the GunnaGirls blog, with the headline â€œUsing my white privilege.â€ Â

The 12 Apostles Hotel has respondedÂ saying “We have zero tolerance to racism or any form of discrimination. The matter has the full attention of management to be resolved amicably.”

Editor’s note: In the original article, we referred blogger Martina Philcox. However, while she blogs under this name, she prefers to be known as Martina Dahlmanns, and we have updated the article to reflect this. The Daily Vox regrets the error.

Update: For more information on this story, including comment Dahlmannsâ€™ friend, Tumi Mpofu, see our follow-up by Raâ€™eesa Pather.