Home African Union We have a new AU Commission chair, but does it matter to...
WhatsApp
Facebook
Twitter
Email
Print 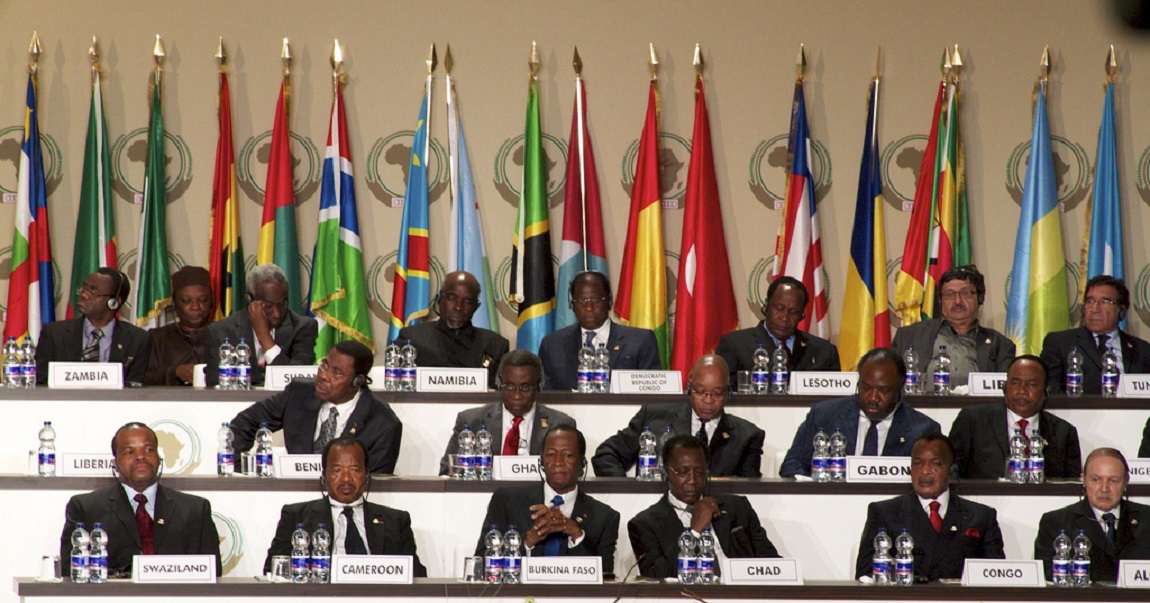 The African Union (AU) Commissionâ€™s new chairperson has been decided: Chadâ€™s Maki Mahamat. The elections happened at an interesting time, especially with all the changes going on in the international community.

The election was held this week in Addis Ababa, Ethiopia at the 28th Summit of the AU. For the past four years, the position had been held by South Africaâ€™s own Nkosazana Dlamini-Zuma. Â

Mahamat was chosen as Dlamini-Zumaâ€™s replacement at the AU Headquarters after seven rounds of voting. He came out on top ahead of the favourites Kenyaâ€™s Amina Mohamed and Senegalâ€™s Bathily Abdoulaye.

Who was in the running?

Dlamini-Zumaâ€™s term came to an end last year and the elections for the new chair were supposed to take place last July. However, there was a delay in electing a new chairperson because of a strategic abstention of a group of West African countries which forced a re-run and allowed for the nomination of two new candidates.
Therefore, Dlamini-Zuma remained the incumbent head of the AU Commission until the elections.

What does the chair of the AU do?

The chairperson is essentially the big boss of the AU, but they donâ€™t have all of the power. The chairperson is held accountable to the AUâ€™s executive council. Some of the duties include being the chief executive officer, the legal representative of the Union and the accounting officer of the commission.

Some of the chairpersonâ€™s functions are to chair meetings of the commission and promote cooperation with other organisations to reach objectives. The chair receives copies of international agreements entered into between or among member states and is in charge of the administration and finances of the commission. The chair has to prepare annual reports on the activities of the Union and its organs and is also the diplomatic face of the commission.

We spoke to a policy researcher at the South African Institute for International Affairs, Aditi Lalbahadur about the AU Commision elections.

How is South Africa viewed in the AU?

There is no clear-cut opinion about South Africa within the AU, and opinion is divided – especially because of South Africaâ€™s position within the region in terms of economics. There is also the hangover from apartheid in that South Africa had a very aggressive foreign policy on the continent. Some states view South Africa as still having this potential to be a bully – both ideologically and economically. The election of Dlamini-Zuma also exposed many of the negative ideas around South Africa, as well as the faultlines in Africa in terms of the linguistic divide between Anglophone and Francophone countries.

How much does the AU affect South African policy?

There is no real connection between the AU and South African policy. Ultimately, a state has the final decision on whether to adopt policy or not. The AU is not able to influence the countryâ€™s policy in any major way, because South Africa is a sovereign state and therefore cannot be compelled to adopt policies. But if South Africa wanted to adopt AU policy domestically, thereâ€™s nothing stopping us.

Should we care about the AU chairperson elections then?

The AU chairperson occupies a similar role to the United Nations Secretary General.

They oversee policy, implement strategy, and provide leadership for the continent. While at times they might come under fire for not doing much and not having a lot of power, sometimes it is difficult to blame all this on the commission. The AU is only as strong as its member states and if they donâ€™t want to play ball, itâ€™s very difficult for anything to get done.

The AU chairpersonâ€™s main concern should also be with Agenda 2063 which prioritises peace and security, and is a project that has been undertaken by the AU to realise the vision of Kwame Nkrumah and countless others. It is the drive to greater regional integration. There is a project to â€œsilence the gunsâ€ by 2020 as well as increase the participation and representation of women and youth on the continent.

The AU chairperson is also important because they provide leadership for the continent. Mahamat will need to address the challenges that emerged under the Dlamini-Zuma era with a greater focus on Agenda 2063. The new chair needs to be a continental leader rather than the leader of their nation if they want to achieve great things.

Does the AU care about the youth?

The AU is made up of states that establish policies. However, civil society engagement is very important for advocacy and to hold governments accountable. It is the channel through which ordinary people are able to engage. However, the relationship could be stronger and more impactful. Civil society engagement within the AU does take place but there needs to be a greater incorporation for involvement of civil society.

Schalk, Auriacombe and Brynard wroteÂ in Successes and Failures of the Organisation of African United: Lessons for the Future of the African Union that: â€œThe AU of the future ought to become known to the African student and to ordinary Africans in general. It could not hope to create or inculcate an African consensus for as long as it continues to be a diplomatic elitist organisation…â€

How did Mahamat get elected?

The bosses of the chair, i.e the executive council, elect the chairperson for a four-year term. This council is made up of the ministers of Foreign Affairs or such other ministers, who have been chosen by their own countriesâ€™ governments. Decisions are taken by consensus, or failing that, a two-thirds majority is required. The heads of state from the 54-member countries cast their vote Â for the new chair in a private ballot.

Mahamat has a tough job ahead of him especially considering what the #MuslimBan means for many countries on the continent, trying to reconcile linguistic and economic differences, and the many other divides that exist between states on the continent. Mahamat is also the head of an AU that is now rumoured to have made the decision to collectively leave the ICC. While all states have the sovereign decision to decide whether they want to leave, it will be interesting to see how Mahamat moves forward with the implementation of the decision.

However his experience as Chadâ€™s foreign minister and having previously served as the body’s chair of the AUâ€™s Economic, Social and Cultural Council are sure to help ease him into the role and provide him with some platform on how to move forward.