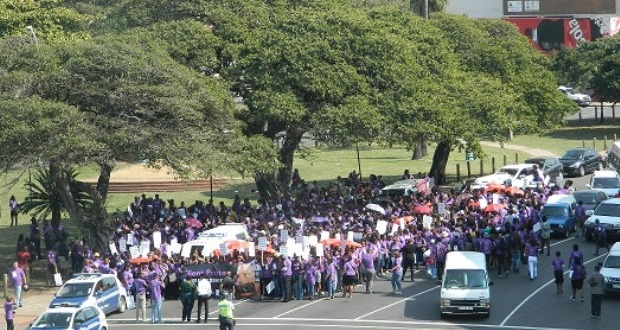 South Africa and India are developing countries with many things in common â€“ including a disturbing rape culture. Indian doctor NOCHIKETA MOHANTY (38), joined a silent protest held in Durban recently in solidarity with rape survivors in South Africa. He told Lizeka Maduna why he needed to be there. As a medical practitioner, I am delighted to be part of an event that seeks to raise awareness and goes against violence on women. We need campaigns like this to get the message across that the victimisation of women and stigma against rape victims destroys our nations.

India and South Africa share a similar history with gender-based violence and struggles for women’s rights. In both countries, numerous rape victims keep silent about rape and assault, which deprives them of justice.

Indian women have limited rights and they have a certain mentality instilled in them that they are powerless and that men are superior to them.

In both South Africa and India, rape appears to be a culture that deprives women of their human rights, and this is probably because of the way men are raised. This could be a matter of culture more than anything else; in many cultures men are raised to believe that in order to be a man, they should exert their power over women.

The way families raise their children plays an enormous role in their behaviour as they grow up. In India, boys are taught that they are superior to girls. Statistics once showed that India is the fourth worst place for women to live in because of the violence they experience.

Public protests are a good way to show the world that we are against rape and violence against women. After the brutal 2012 gang rape of a medical student in India, there was a huge public outcry, and there have been similar cases in South Africa as well.

Also, as people, we need to stop the stigma against survivors, encourage them to speak out when they are wronged, and offer them an effective support system. Usually, a majority of women do not report rape or violence because they are afraid of being blamed and shunned, but the reality is that it is never their fault.

Women in India have limited freedom and abide by a culture which suggests that a woman has to remain silent in the face of rape or abuse. Women in South Africa are more outspoken, compared to women from my country but, as in India, a huge number of rape cases are never reported because of the fear of victimisation, stigma and death threats.

I came to this protest to offer support to women who have suffered rape and violence. It is a way for me to say that, as India, we are with South Africa, since we share a similar issue.

– As told to Lizeka Maduna