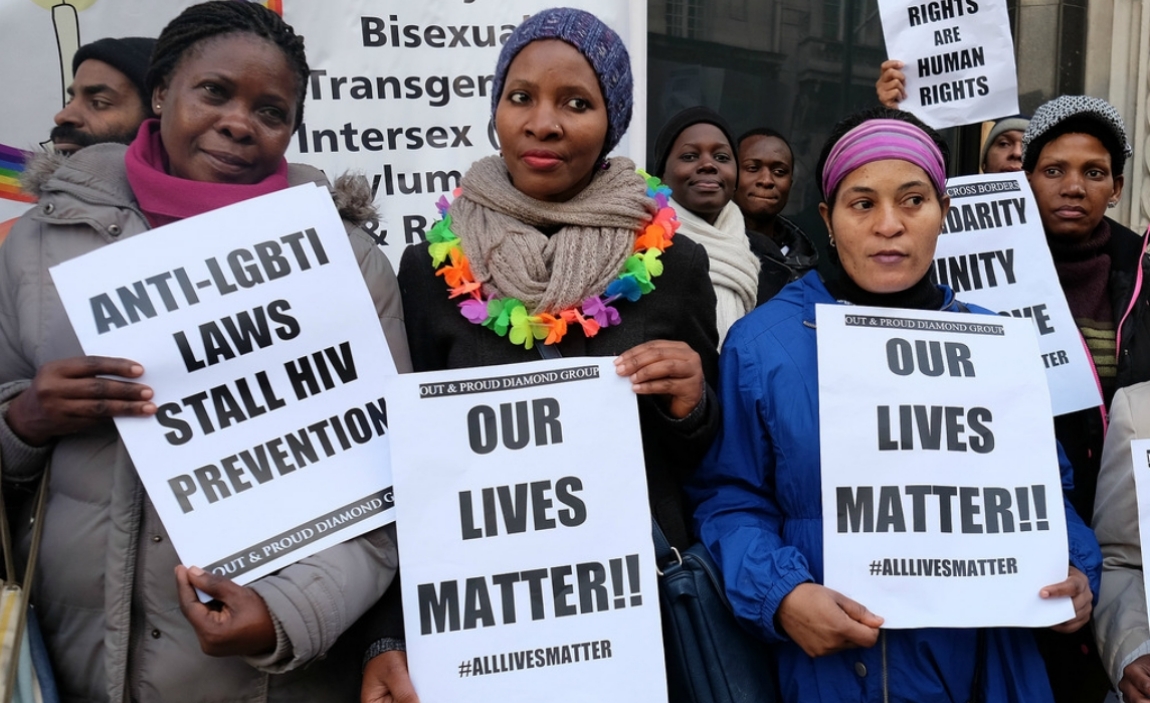 LGBTQI+ South Africans face discrimination on a daily basis, despite constitutional protections. Whether they are at school, out shopping for groceries or being denied entry into a restaurant, members of the LGBTQI+ community face discrimination because they don’t fit into accepted views about sexuality.

At the beginning of March, the principal of Ulwazi High School in East London forced lesbian learners to come out to their parents. The principal, Nomampondomise Kosani sent 38 girls home with letters outing them to their parents. Kosani told critics it was no one’s business how she deals with “problems” at her school. The Eastern Cape education department is investigating the case.

Amanda Rinquest, attorney at the Equal Education Law Centre (EELC), a law clinic that provides legal support to learners whose rights have been violated, said there are a number of possible reasons for this continued discrimination. “Many educators and principals are perhaps not aware of the rights of LGBTI learners or what the law says generally about discrimination at schools.”

Rinquest said the incidents of LGBTQI+ discrimination that EELC has dealt with were mainly committed by teachers and the school governing body. “We have not really had an incident involving learners discriminating against each other,” says Rinquest.

“I started Injabulo Project because my nephew, who is gay, was bullied at school. When I started the project I wanted to help LGBTQI+ kids,” said Dhlamini.

Daniel*, a 20-year-old from Johannesburg said told The Daily Vox how he was bullied for being gay as a child.

“I was bullied in school for being gay. It was a fairly open-minded school, not like those schools in the middle of nowhere where you have to be in the closet. I was 14 when I came out, and it was to my best friend, who thought I was interested in him. He isn’t my friend anymore. When I came out, I was shunned by everyone except this one guy who is still my friend, even though he moved to the US last year. All the guys and even most of the girls stopped talking to me. There was one girl who told me I need Jesus in my life because I’m an abomination. My stuff was vandalised, stolen, damaged and stuff. It was 2011. What century were they living in? I was never beaten up or anything. But this was awful too. I went to the principal, and he said I need to stop being such a wuss and toughen up. Being a private school, I knew I couldn’t take it to the department, and I didn’t want to bring it to the attention of the student council or anything – I knew they hated me too. I just stayed in my little bubble and shrugged it off after a while. It may have made me tougher, but why does anyone need to go through that? If I was considered one of the lucky ones, I dread to think about what others are having to deal with.”

The rights of LGBTQI+ youths are guaranteed by sections 9 and 10 of the Constitution as well as the South African Schools Act (SASA). Section 5 of the Act states that the school’s admission policy must serve the educational needs of a learner without unfair discrimination. “Section 5(5) of SASA provides that the admission policy of a public school is determined by the governing body of such school, subject to any applicable provincial law, a public school must admit learners and serve their educational requirements without unfairly discriminating in any way,” explains Rinquest.

Dashen*, a 19-year-old from Pretoria told The Daily Vox, how he was assaulted by a homophobic boy at school:

“I was never going to come out in school because my parents are strict, and my dad was kind of sick of having to cart my sisters around for ballet and all the things he said was ‘girly’. He liked taking me to the nets to practise batting and I always thought that he would see me as girly and treat me like how he treated my sisters. So it was never a thing. I like cricket. I’m not like, obviously gay, you know? Most people don’t know. Being Indian and being gay is tough enough. Being Indian, gay, and in a predominantly white, Afrikaans high school is worse. Even though I wasn’t really out, people started to know when I would never talk about girls or try to get with any of the girls from the neighbouring school. I had a small crush on this guy, Justin*. He was hot and had this really deep voice. But he knew I liked him, and he was a homophobe. He picked on me. He would call me a fag. The teachers let him get away with it because he was first team rugby and he brought pride to the school. Funny they used that word – it’s nothing to be proud of. On the last day of school, just as we walked out of our exam last year, he broke my shoulder. The invigilator just got into her car. Nobody except the cleaning lady helped me call an ambulance. I was scared to report it. I told my parents we were playing rough after the exam and it was an accident. Nobody except him, the cleaning lady, and I knew.”

Young people already face a great deal of pressure as they navigate the transition from childhood to adulthood. In a society with deep undercurrents of homophobia, children who are transgender, gender non-conforming, and/or homosexual face a lot more social pressure than cisgender, heterosexual children.

If you are, or know of, a learner that is being discriminated against based on their sexual identity, you can anonymously lodge a complaint against the teacher with the South African Council of Educators (SACE). You can also approach the Commission for Gender Equity for help.