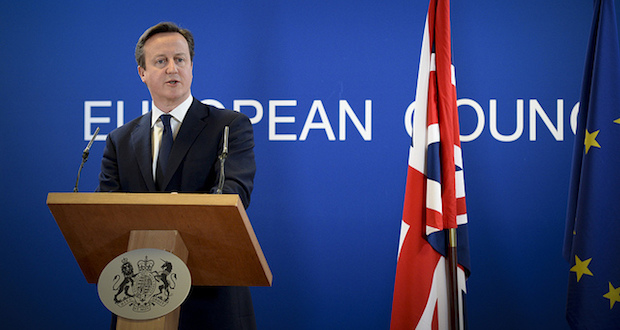 The results of the UK general election are streaming in and shockingly the Conservative Party seems set for victory. This means another term for Prime Minister David Cameron and probably, more austerity and benefits cuts for the poor.

Here’s to a brighter future for everyone. pic.twitter.com/EeN0YFAvBm

As the polls stand, the Conservative Party â€“ or Tories â€“ have secured about 50% of the vote with most of their votes from England and Wales. The party needs 326 seats to win a majority.

The Conservative Party, under the leadership of David Cameron, made its big comeback in the previous general elections in 2010 and appear to have increased in popularity since.

The Tories are infamous for policies that many believe have resulted in making Britain one of the most prosperous yet poverty-stricken countries in the world.

Their welfare-reform policies have been detrimental to some of the most vulnerable groups of people, particularly the sick and disabled. There has been a sharp increase in peopleâ€™s dependency on food banks in recent years, which has been attributed to cuts to welfare payments, including below-inflation benefit rises and Jobseekersâ€™ Allowance sanctions.

The Tories have also been criticised for backing policies concerning the increased privatisation of education. Many of the UKâ€™s public schools are being converted into academies, which are accountable to the education secretary instead of the regional government. Teachersâ€™ unions have criticised the move saying it could lead to a â€œcompletely fragmented and privatised [education] service that is not in anybodyâ€™s interestâ€.

The controversial Bedroom TaxÂ â€“ which reduced the housing benefit of anyone with a spare bedroom by 15% â€“ even disabled people who need it to store their equipment or divorced parents whose children do not live with them full time, has also been criticised.

So, why did half of Britain vote for the Tories? Your guess is as good as mine.