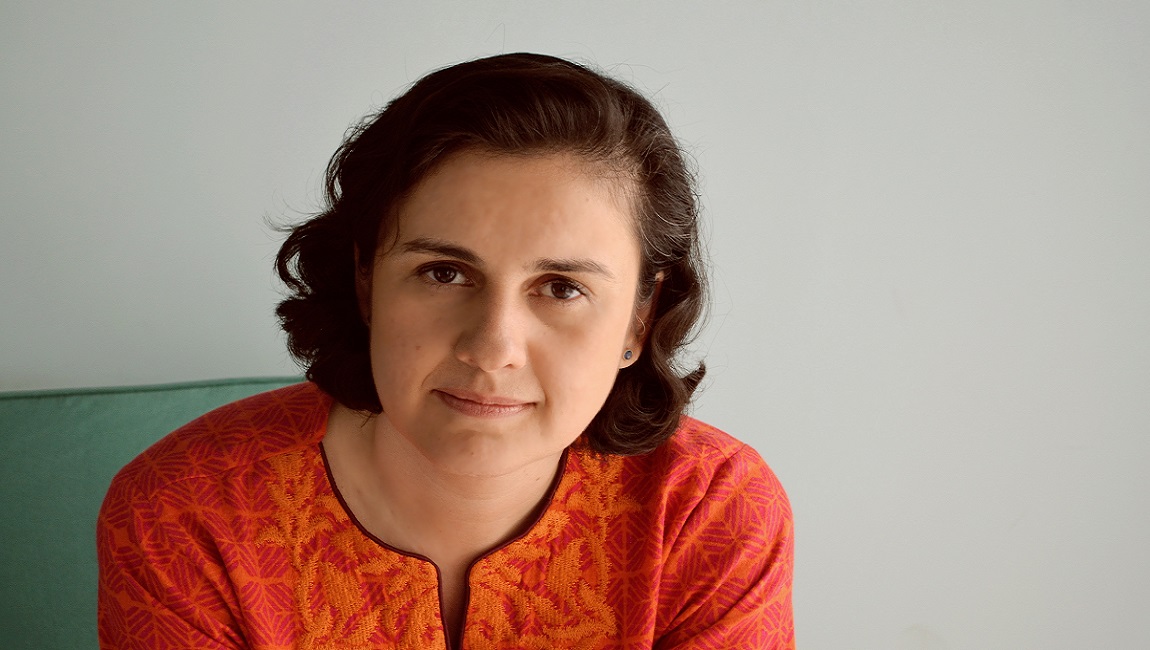 Writer Kamila Shamsie humanised the political story of a British family caught up by Isis – and in so doing, won the Women’s Prize for Fiction. In a reworking of Sophocles’ Antigone, her seventh book Home Fire grapples with themes of identity, conflicting loyalties, love and politics. Home Fire is a renowned success and was also longlisted for the 2017 Man Booker prize and shortlisted for the Costa novel award. Judges of the book “passionately recommend” it and said they “chose the book which spoke for our times”. The Daily Vox spoke with Shamsie about her book, writing and the politics of being brown, Muslim, an immigrant, a woman and a writer.

Home Fire tells the story of three orphaned siblings, elder sister Isma and twins Aneeka and Parvaiz, who leaves London to work for the media arm of Isis. Shamsie said she did not set out to write a book tackling fundamentalism and terrorism. She was much more interested in tackling the state’s response to the perceived ‘enemy within’.

“It’s a mark of the way these conversations have been shaped that the book gets talk about in terms of terrorism far more than in terms of state response,” said Shamsie.

“I wouldn’t call Theresa May an inspiration – but her policies towards British citizens who left Britain to join ISIS were certainly part of the impetus behind Home Fire,” Shamsie said. “I’m happier to use the term ‘inspiration’ about Sophocles’ Antigone which is the text at the root of Home Fire.”

Inspiration is probably an overused word with writers, Shamsie said. “You have ideas and obsessions and things that work away at the back of your mind – and then you begin to see how you can shape them into store and character. And that’s how a novel happens,” she said.

In a time where Islamophobia and anti-Muslim sentiment is heightened, and the surveillance state focuses on Muslims, Shamsie said researching the book was nerve wracking.

“I was nervous about doing some of the research online, given the surveillance state and its particular focus on Muslims,” she said. “I also didn’t want to see the violent images that ISIS puts out there – I didn’t want to allow them into my head in that way.”

But once Shamsie started writing, she just wrote. The first draft was completed in six months, her editing process took another six months or so. “I didn’t stop to think if people would take objection. And the truth is, the response has been overwhelmingly positive – surprisingly so,” Shamsie said.

As a Pakistani-born Muslim living in London, Shamsie has lived through the process of applying to be a British citizen at a time of increased anti-immigrant and anti-Muslim feeling. However, she said her positionality did not make her feel better positioned to write Home Fire.

“I never really feel poised to write anything. I just start with things I want to know more about, and then write a novel as a way of delving deeper into those things. There’s a great deal in Home Fire that I didn’t know and hadn’t thought about until I started work on the book,” she said.

Shamsie cannot, however, separate who she is from how she tells a story.

“Of course, the angle at which I view history is connected to who I am, where I’m from, how I see the world. I would have written this differently, or never written it at all, if I’d been a different person with a different idea of politics and history,” Shamsie said.

As a brown Muslim writer, Shamsie does not think it is her responsibility to tackle themes like fundamentalism and terrorism.

“It’s important, I think, for writers who aren’t Muslim and aren’t brown to recognise that there’s no reason to leave it to the Muslims to write about terrorism – as though terrorism is a Muslim subject,” said Shamsie. “I also think it’s important for brown Muslim writers to be allowed the same right as white non-Muslim writers – to write about whatever subject moves them,” she added. Home Fire scooped one of the industry’s most prestigious awards, the Women’s Prize. Her works have been shortlisted for the prize twice before, but the third time proved to be the charm.

“It’s a prize that’s meant a lot to me as a reader – so many of the writers I love have won it – and as a writer. I’ve been shortlisted twice before, and have seen how being on the shortlist brings the books to so many readers’ attention,” she said.

“The prize itself is a beautiful statute, of considerable heft, so when you hold it you really do feel as if you’ve literally and metaphorically got your hands on something very substantial,” said Shamsie.

The Women’s Prize for Fiction was established in 1996 after the Man Booker prize failed to shortlist a single woman. A vocal supporter of female authors, Shamsie supports the Women’s Prize. In 2015, she slammed the gender bias in the books world and called for 2018 to be a dedicated year of publishing women only to redress the inequality.

Shamsie thinks of it as championing equality rather than championing women in writing. “We live in a patriarchal world, and we all have to take that on however we can. As a writer, I know the publishing world and can speak about its structures, the places where it falls short, the ways in which it can improve. So I spoke about that,” she said.

Everyone committed to a more just society has to look within their own industries and see how patriarchy functions, how racism functions, how elitism functions etc. – if you don’t name the problem, no one will start trying to fix it.

“I love the Women’s Prize. I think it changed the literary culture of the UK. It hasn’t erased patriarchal ways of valuing fiction, but it has certainly eroded it,” Shamsie said.

When asked what more could be done to address the prevailing inequalities in the books world, Shamsie said: “For starters, men could get more involved.”

“The number of male writers who don’t read women writers, except in the rarest circumstances, is appalling,” she said. “It reflects a wider cultural trend – women read men and women. Men read men. If men aren’t reading our stories, entering our inner lives, how can we expect the lopsided nature of gender relations to significantly improve?” added Shamsie.